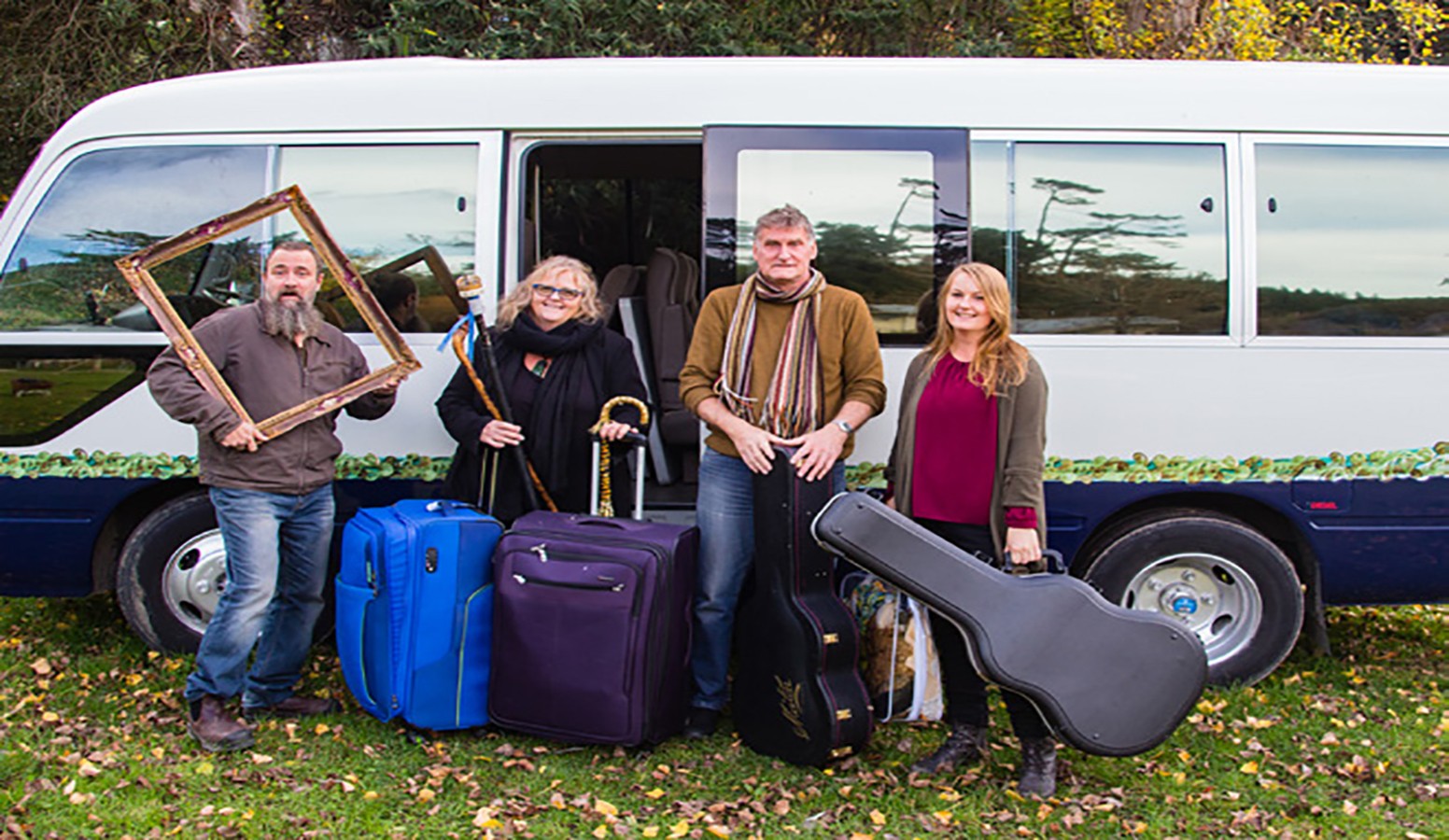 Just as I put pen to paper I heard the ominous snap of the mouse trap, followed by the horrifying squeaking of a mouse only partially caught. I tried to imagine myself crawling under the TV, grabbing the trap, walking outside and putting the poor little thing out of its misery.

But the picture wouldn’t muster, so I whispered, with urgency and increasing force, to the deeply sleeping, flu-encrusted Peter. Exclamations of ‘Poor Peter’ and ‘You call yourself country’ are fully justified, as he zombied his way to the living room and did what needed to be done. Sorry little mouse.

I was wandering aimlessly around Kmart last week, when suddenly a little boy burst through the clothes rack. He beamed at me and I beamed back. “Do you know who I am?”

“I was your turtle in Cambridge.”

“Of course you were,” I gushed, “and you were the best turtle I’ve ever had!”

He agreed with my observation, grabbed my hand and pulled me across the shop floor to his surprised mother.

“Look what I found!” he exclaimed, “Can we take her home?”

I didn’t travel to Cambridge to live with this family and my new best turtle boy buddy, but I did tuck the memory away with all the other happy memories that 25 years of storytelling has given me.

As I head relentlessly closer to 70 than 60, Peter and I have started to think about slowing down; perhaps not travelling fourteen hours through the night, arriving at a motel at 4am and then off to the first school for a 9am start.

When daughter Kate married Danny, I noted his musical theatre background and performance mastery and rubbed my hands together with secret glee. I was already well aware of Kate’s voice and musical prowess. Our successors. A year went by but neither Kate nor Danny seemed to be taking the subtly placed bait. I needed to up my game.

We’d take them on a Duffy tour (Duffy Books in Homes, the Alan Duff Charitable Foundation).

In 1994 I went to the very first assembly at Camberly School in Flaxmere. Alan opened the assembly, Henare O’Keefe breathed laughter into every corner of the hall, and I told a story. I was hooked and Duffy assemblies have been the voluntary side of our lives ever since. For 24 years Peter and I have been given an open door into extraordinary low-decile schools the length and breadth of the country.

We have met the sweetest, most generous-hearted kids and we have met such exceptional, compassionate, visionary teachers.

We suggested to Danny and Kate that they come with us to the local segment of the tour and first off the rank was Maraenui School.

They didn’t stand a chance. 170 children clapping and laughing. 170 children hugging and high-fiving their way back to class. And if that wasn’t enough, the spontaneous haka sealed the deal with goosebumps and threatening tears.

I remember some years ago John Jukes telling me of a street kid that he would play chess with every week. He said that it wouldn’t have made a difference. I’m willing to lay money on a young man somewhere recounting the story of a Dunedin student taking time … a powerful and potentially life-changing gift.

So ‘Rhubarb’ has become four. The reins will pass slowly and eventually ‘Rhubarb’ will become two again, Kate and Danny. As a ‘stuff’ collector of some considerable note, I am relieved that the tumbling piles of costumes will be safe for some years to come, and my daughter Sarah’s suggestion that I “pack up before I die” will not have to include the roomful of glittering capes and dragon’s tails.