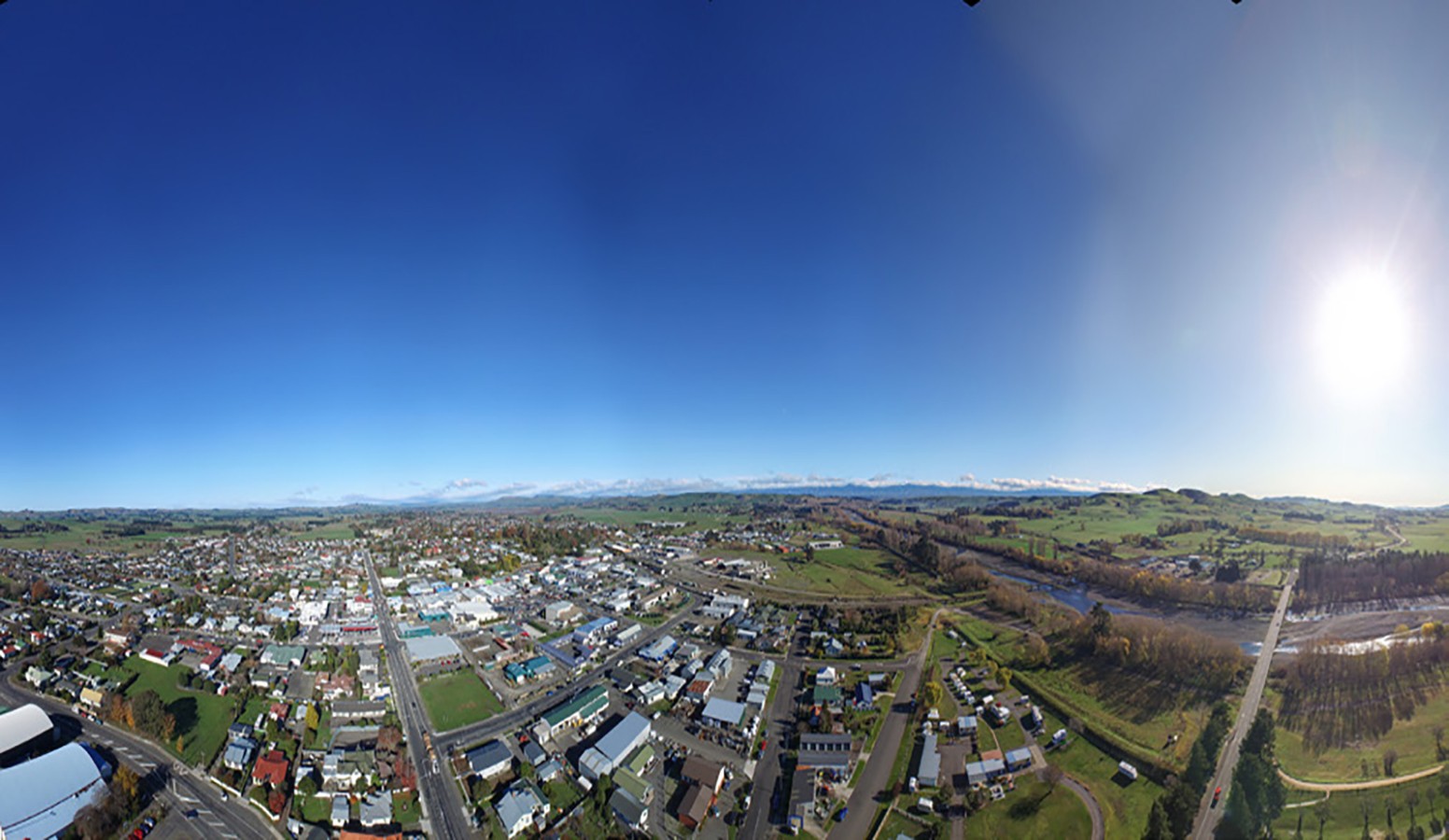 Māori mythology tells a story of a boy who fell into a lake and two taniwha fought over his body. The lashing of their tails broke through the eastern bank forming the Tukituki and Waipawa rivers, draining the lake and leaving in its place the Ruataniwha Plains.

Central Hawke’s Bay from coastal Blackhead to the mountains Ruahine – that means ‘wise woman’ referring to the granddaughter of the kaitiaki of the Aotea waka, was an area first settled by people who proudly identify as Ngāti Kahungunu and with Rangitane ancestry. The district is known as Tamatea to iwi.

They were joined in the 1840s by farmers from Wairarapa. The pastoralists brought sheep to Hawke’s Bay and Pourerere in 1849. The town of Waipukurau was founded in the 1860s, ahead of Hastings (1873).

Now, after more than five years of painful suspense over the proposed water storage scheme, the Ruataniwha is clearly awakened. The CHB economy is roaring.

If you bought a house in CHB around January 2014, the four-year average price uplift to early 2018, from $200,000 to $307,000, would represent a value gain of 54%. The market is happily rocking to a very strong beat, with some residential property values almost doubling in five years.

People are feeling good and the Ruataniwha Plains and the broader district is doing well. Farming is good, and horticulture is booming. Hawke’s Bay employment rates are high. Increasingly people are choosing to live in Otane, Waipawa, Waipukurau and surrounding districts. Some residents are commuting to work in Hastings and elsewhere.

Property analyst and valuer at Turley & Co, Nikki Whelpton, who lives in Central Hawke’s Bay, said her commute to Hastings is “easier than my prior commute from Bronte into central Sydney.” Nikki also says that CHB commuting traffic is increasing.

Central Hawke’s Bay townships residential section transactions 2014-16, averaged 34 per year. In 2017 these totalled 77, up 126%, with an average price of $174,000, a total value increase of 114% to $13.4 million. Section numbers for sale have been low. Hundreds of CHB’s potential house sites are not being offered for sale. They possibly have land features or locations that are less favourable or are long-term held by the owners.

Chris Skerman and Bill Livingston are developing 26 large residential sections at Otane. Early interest from buyers is said to be surprisingly strong. Chris said: “Central Hawke’s Bay District Council has been very proactive” and is taking the opportunity to improve Otane services. He considers that Otane is attractive because of its affordability and also “people wanting space, and to be part of a community”.

Population movement from cities is reasonably new. Chris says that with internet fibre installation underway “you can be as connected as anywhere in the world.” He observes: “Otane is well serviced with a school, dairy, café, sports clubs and has a pub.” A regional NZ resurgence is underway and Central Hawke’s Bay is a beneficiary.

The new Highlands of Waipawa – rural-residential sections on the fringes of Waipawa township – have sold strongly. The properties near Racecourse Road are 5,400m2 to 3.4 hectares with 25 of 28 now sold or under contract. The 11 sales recorded transacted at $135,000 to $175,000. Developer Brian Setter is also developing 14 lots at nearby Tapairu Road for sites 6,000m2 to 4.6 hectares and 10 are recorded sold at prices $125,000 to $350,000. Alistair Setter says: “The market is strong and there is a good feeling of confidence in Central Hawke’s Bay. The CHB District Council are great to work with and are proactively investing in our community.”

Other rural lifestyle developments are increasingly common, including at Porangahau Road near Waipukurau and at Patangata.

Construction activity is going through the roof. Central Hawke’s Bay residential building consents in 2017 totalled $20.5 million, a 44% increase on the prior three-year average. All consents, including commercial-industrial and rural building, reflected an uplift of 29% to $22.9 million. CHB is experiencing a residential building boom.

CHB property sales and consent data are trending very strongly in 2018. The district’s highly committed new mayor, Alex Walker, remarked on the role of council as a facilitator of social and economic development. Alex says the approach of the elected members in the district is to be a partner to development. “The passion, initiative and commitment to Central Hawke’s Bay reside strongly within our community. We know that if we can provide the right connections, infrastructure and regulatory frameworks, our people will stimulate their own success.”

Council’s fresh and effusively positive chief executive, Monique Davidson, comments: “The growth in Central Hawke’s Bay is very positive, with signals that this is to continue. As an organisation, we are not only gearing up to respond to this growth but are ensuring that we are leading a proactive approach that puts the customer at the centre of our service delivery.”

Treaty settlements for the Tamatea district are significant. The Central Hawke’s Bay settlements augur well for the district’s people and economy.

The CHB property economy is magnificently strong in 2018, notwithstanding the demise of the irrigation scheme that might have been another taniwha altogether. Central Hawke’s Bay has an infectious skip in its step … well-earned for what is a very positive salt-of-the-earth community. The district’s people are significant contributors to the past and future prosperity of Hawke’s Bay.

Pat Turley is a Hawke’s Bay-based 20-year veteran property consultant and valuer. The property stats cited are a small portion of data assembled. Turley & Co comprehensive CHB property economy data are available. However, the contents of this article are not for property decisions reliance. www.turley.co.nz