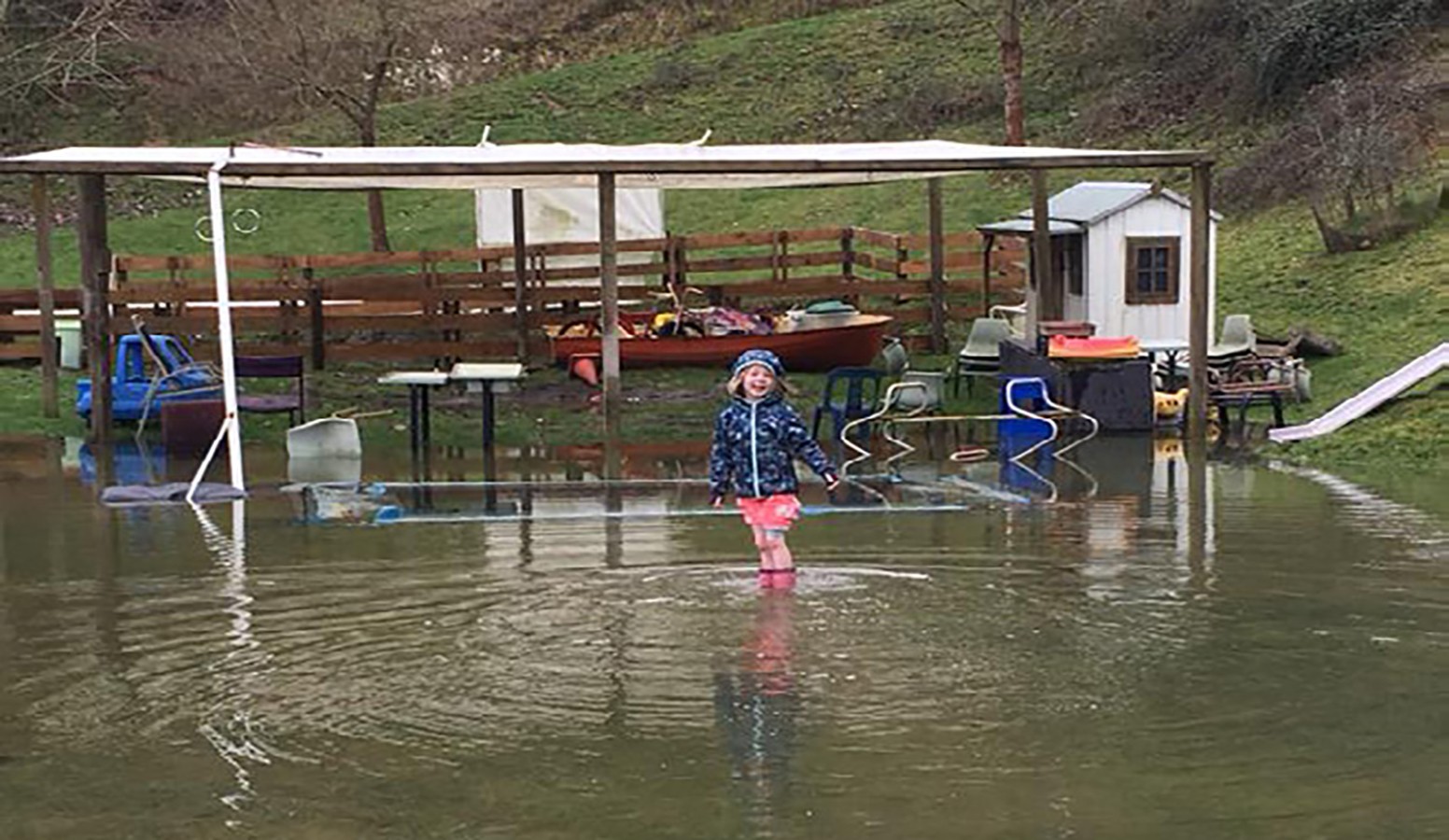 We might have been both flooded in and out, the river may have risen higher than we have ever seen it in 30 years, causing more destruction than ever before.

We might have dug, planted, extended, mowed, weeded and encouraged hundreds of seeds into life.

Alice (6) might have given us the definitive list of rules for pigs, including: they must not drive, they must not pretend to be human, they must not play rugby and, most importantly, pigs must not climb a beanstalk just to touch a fluffy cloud.

It’s not rocket science I’m sure you will agree.

We might wake at 3am every morning to the rumbling of logging trucks as they carry the forest away. The forest so vast the neighbour’s beast lay low for three years without sight nor capture. A forest so vast it will take 18 months for the last truck to pass our way.

I might want to mention the new clock above my head, ticking like a dripping tap and every hour neighing like a horse, but I will resist.

Instead I want to talk about a Wwoofer (Willing Worker on Organic Farms). Henri, a young Frenchman with lanky build and ringleted hair. I’d like to say it was all ooh laala and croissants but I can’t.

Last summer the sun was unrelenting as it tends to be in our little pocket of CHB. The wetland was dried and cracked. The mother mallard and her twelve black and yellow ducklings had deserted, the quail had left for a long lunch, the frogs had gone to ground and all that was apparent that morning was a lone kingfisher balancing on an overhead wire.

Everyone was at the garden ripping out blackberry, replacing fences and stacking firewood, while the grandies gathered pinecones.

Fresh from a good night’s sleep and a large breakfast it was time for Henri to join the whanau working bee. My beloved Big Red was poised and pointing, garden bound. Magnanimously I handed Henri the keys, showed him the simple gears and hopped in. Key turned, Henri revved the engine and without pause slammed straight into the house.

My expletive was involuntary, my suggestion for him to leave the vehicle clear, my questions pointed. Yes, he did have a licence but had lost it. Careless. He couldn’t see without his glasses and he didn’t wear said glasses because he felt he looked better without them.

I drove, and suggested to Peter that a chainsaw may not be a good choice for our guest. And headed home.

The limestone track follows the wetland bank and I slowed to survey the drought devastation. The raupø were colonising, working their way further and further into pond central. They needed cutting back, this was the window.

With lopper in hand I put one foot gingerly on the cracks. It held, one more halting step and another and another. I had this. I cut a bundle and decided it was time to brave the centre. I pushed the boundary and paid the price. Slowly but surely I started to sink. I scrambled, I grabbed at branches, but still I sank. A cry for help was next on the agenda, a louder cry, an even louder cry.

Suddenly I heard the thud-thud of running boots and around the corner came my friend Henri. He leapt the leap of the young and bounded onto the cracked pond.

“No!” I cried but he was on a mission. “Don’t worry,” I pleaded. “Get Peter,” I suggested. “I’m okay,” I lied, but the two languages didn’t mingle and before I knew it the Frenchman had gone straight for a flattened hand, crotch lift. I lived many years without a flattened hand, crotch lift and have been none the worse for it. On this day I was to receive two such upward lifts.

Finally, the whānau heard the commotion and came running. Someone was paralytic with laughter and wishing loudly for a camera. Someone kinder found a plank and with collective effort I was suctioned out and back on terra firma.

Henri has returned home. He’s wearing his glasses now. I thank him for his good intentions and kind heart.

I’d best get on, Christmas is coming, the clock is ticking…and neighing. Have a good one. Arohatinonui.