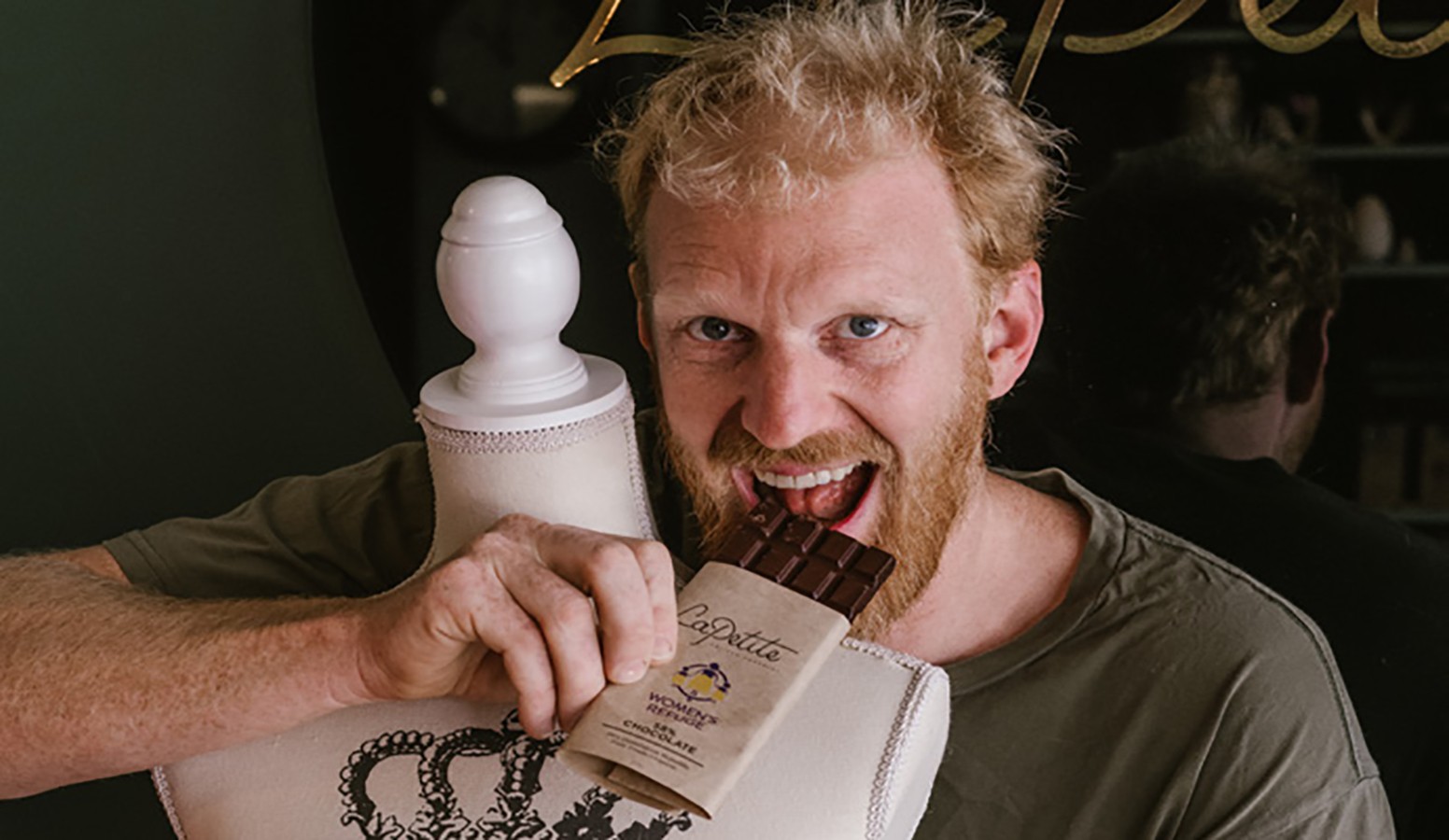 Joe Dobson has a lot on his mind, and most of it’s covered in chocolate. He’s a constant whirl of chocolate-infused creativity that bubbles out in collaborations with a whole range of interesting fellow artisans.

Most recently he’s worked with local innovator Lily Bee to put his chocolate and their wax wraps together as a response to the zeitgeist rethinking conventional packaging solutions.

“It’s really cool!” Joe’s enthusiastic about the potential to pair up with other makers, mix up flavours, come up with new ideas. “Working on these projects becomes a little bubble of creative survival!”

Other chocolate combos have included Brave Brewery releasing a chocolate stout, Hawthorne providing coffee for espresso chocolate and David Trubridge Studio commissioning bars in the trademark coral lamp design. Winery collaborations have included a winery’s dukkah, and another with a signature fortified red. And a particularly memorable one designed to match a pinot noir. “It was a truffle with blue cheese, walnut and dried mushroom! Delicious!”

Intrepid, innovative creations from a tiny chocolate producer that does everything by hand from making bars to hand sticking labels. Keep an eye out for new collaborations in the near future.