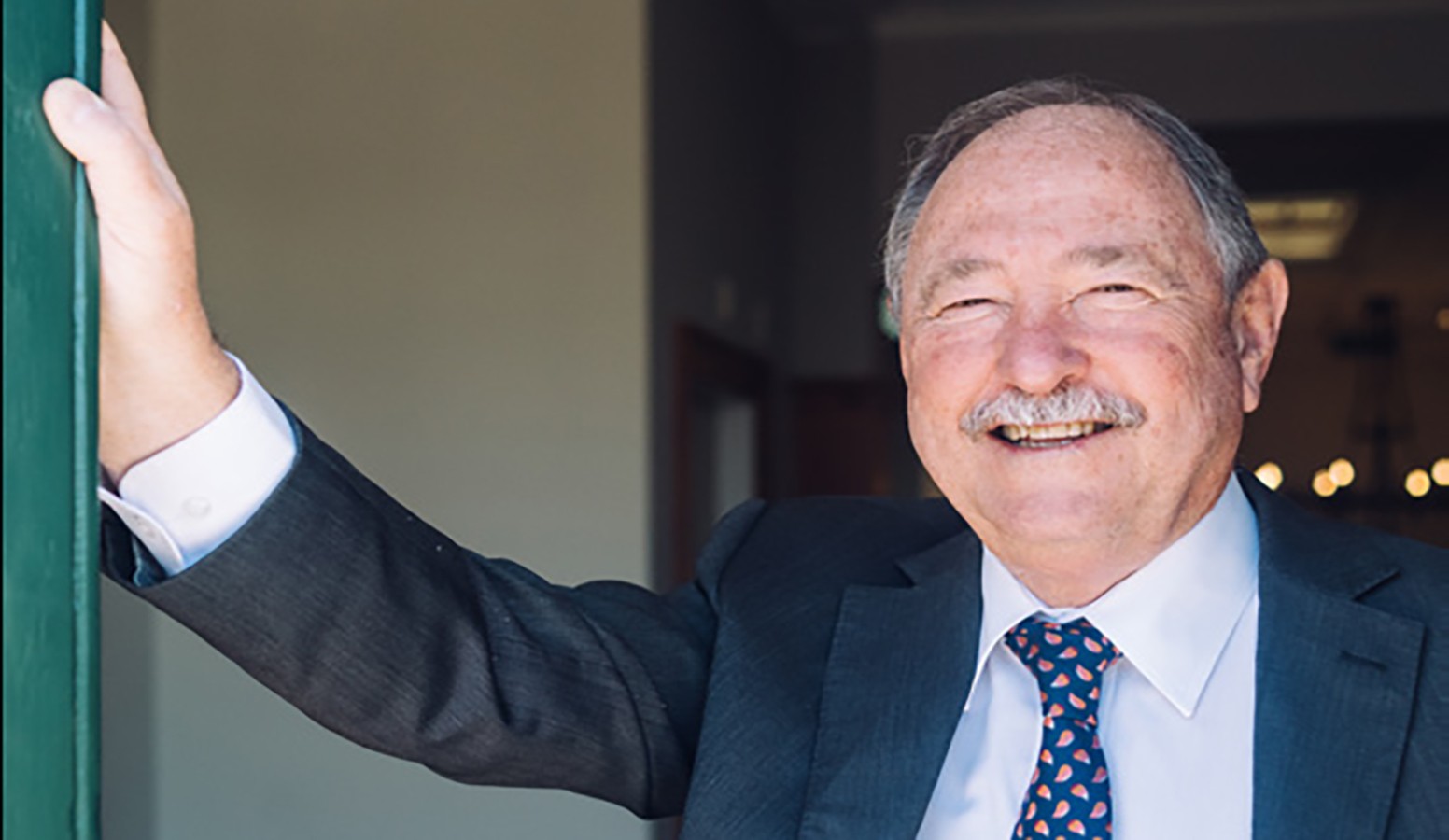 Health System at the Brink

Robust public consultations this year around the region’s Long Term Plans have resulted in tens of millions of dollars being allocated to improving water infrastructure, to major amenities in our CBDs, and to serious upgrades in environmental protection.

And currently underway is a massive consultation on future-proofing the Port, to be followed by another consultation on investing potentially $100 million in re-foresting the region to achieve soil conservation, water quality, biodiversity and revenue goals.

Certainly the funding of these aspirations is important, and worthy of public review.

But arguably, an investment even more critical, because it literally touches every life in Hawke’s Bay, has been before the public for consultation in recent weeks … with little public notice.

Does that sound too alarmist? Then read the warnings embedded in the discussion paper the HBDHB has just consulted upon, titled Transforming Our Health Services: Clinical Services Plan: the next ten years.

Consultation on the Clinical Services Plan has been quiet in part because the DHB isn’t as practiced or creative in the art of public communication as our other local authorities have become (when they wish to be). Partly also because the warnings sounded have been voiced before (“Heard this before…yawn”). Partly because the changes required of ‘the system’ are operational and cultural and couched in bureaucratic terms, with no giant dollar figure to shock us to attention.

And possibly most importantly, because the changes required also involve behaviour change on the part of each of us as agents of our own health and, when help is needed, how we as consumers use the health system. And we don’t really want to hear about those.

It’s much easier to castigate the health system for not enough beds or nurses or doctors than to blame ourselves for tolerating unhealthy housing and domestic violence, or indulging in alcohol abuse, smoking or obesity-inducing lifestyles.

As a community, we can choose to focus either on addressing these drivers of demand or pressure on our health care system, or on the bottom of the cliff … the infrastructure required to treat the ultimate consequences.

The DHB can note its concerns about the drivers (plus warnings about demographic trends worsening the prognosis), and it obviously has a role to play in health education, but it can only most directly deal with its own operational capabilities.

Hence the ‘boring’ Clinical Services Plan (CSP), which addresses how each of the parts and players in Hawke’s Bay’s health ecosystem – the hospital itself, primary care providers, specialists, home care providers, pharmacists, mental health caregivers and NGOs – must adapt and collaborate to re-invent how care can be delivered optimally in the face of limited resources and steadily rising demand.

The main message of the CSP is headlined: “We cannot continue with the status quo.”

“It is clear we need a new approach if we are to achieve equity amongst our population and meet future demand. We cannot sustain services into the future if we continue to provide them in the same way we do now …

We aim to fundamentally shift our

system and invest more in preventative care and primary health services, to improve consumer experience and outcomes, and avoid the need for more costly hospital treatment wherever possible.”

Of course, for many, the first ‘solution’ is simply more money. And without question that would help. $8 billion in new money for health care has been committed by the current Government (after blasting the previous Government for severe under-investment).

However, in a recent BayBuzz interview, HBDHB chairman Kevin Atkinson doesn’t see this as substantially changing the equation in Hawke’s Bay, since much of the $2 billion/year ‘new’ money will be spent on major capital infrastructure in Auckland and other population centres, while DHBs still run operating deficits.

He expects the relative allocation of taxpayer money for health – as compared to other sectors, like housing and education – to remain steady … unless a Government comes along ready to raise taxes to increase the overall pot. He says, “We’ve got to be prepared to move forward knowing that there’s not going to be any dramatic increase. No Government’s going to come along and double the amount spent on health care.”

So, there’s no magic money wand from Wellington. At the same time, Atkinson says, “Beyond any doubt, carrying on as we are now is unsustainable beyond another one or two years.”

Therefore, serving more people better in Hawke’s Bay – at a time of increasing demand from a growing (and largely impoverished and more likely unhealthy) young population, coupled with a significantly increased aged (and health care costly) population – will require:

1) Fundamentally changing how services are delivered; and,

2) Redeploying existing funds to integrated primary and community-based care that can strengthen the focus on prevention, improve accessibility, and treat patients at less cost.

“We can work a lot smarter … and over time should offer our health services 24/7,” says Atkinson. “The integrated family health centre is the way of the future.” Another area he emphasises is improving our present “bleak” health literacy, particularly among youth and pregnant mothers, including building upon the increased free youth access to primary care the Government is funding.

The changes previewed in the CSP seem well-reasoned and in line with best practice elsewhere. But they imply a skilled (and continually up-skilling) healthcare workforce outside the hospital – from home care people working with recent hospital dischargees and vulnerable seniors, to mental health caregivers and GPs. The CSP doesn’t quantify that need, or the extent of any workforce gap.

Atkinson says that’s the next step. Assuming stakeholders buy into the CSP, its money implications will be worked into the DHB’s next annual plan and five-year strategic funding programme. He notes that a significant share of DHB’s $600 million budget is currently spent outside the hospital, and these are funds ($250 million) that could be better deployed in the integrated community-based framework envisioned in the CSP. Alongside that, the funding model for supporting primary care, driven by GP visits, may need to change.

His main point: the alternative … simply assuming more demand for hospital beds and increasing their number by 100% as ‘business as usual’ projections would require, is just not viable – it’s even more expensive and does nothing to mitigate the underlying health issues.

So, where does that leave the hospital … the tip of the iceberg – perhaps more aptly, the lightning rod – that garners most of the local media attention and related public complaint?

According to the CSP:

“…the hospital takes a narrower focus in future. If we can achieve our ambition in other areas, in future the hospital will be a place providing specialist assessment and decision making for patients with critical illnesses or injuries, followed by intensive therapies for the first 24-48 hours of inpatient care before discharge or transfer to community settings; or delivering services that require specialist teams or equipment that isn’t feasible or cost effective to replicate in multiple settings.”

Consumers will still come to the hospital for issues that should be addressed at primary care, overloading capacity and compromising care for those truly in need. ‘Elective’ services will still be rationed through a government-dictated process that yields mystifying and sometimes outrageous priorities (“The current system is just wrong,” says Atkinson). Flash points like these will irritate the public, eroding confidence in the overall competence of ‘the system’.

Effective partnerships, like contracting surgeries to Royston (about one-third of surgeries), can help relieve the pressure on the hospital. The Napier and Hastings health centres and paramedic services could be utilised more. And highly specialised treatments will still be referred to major centres.

But the main adjustments that are needed: better self-care (including health literacy) and better utilisation of other parts of the system by providers and patients alike. And that is what the CSP proposes.

The CSP gets my endorsement for its logic. But the ultimate test will be its implementation over the next few years. Either it is financially supported and all players buy in. Or the system will collapse. And that’s not hyperbole.

[Editor note: The article that follows by Bridget Freeman-Rock examines how those working in and around the present HB health care system are responding to the CSP.]

A major controversy erupted last month in nutrition circles. The subject was red meat, and the risks (or not) consumption…