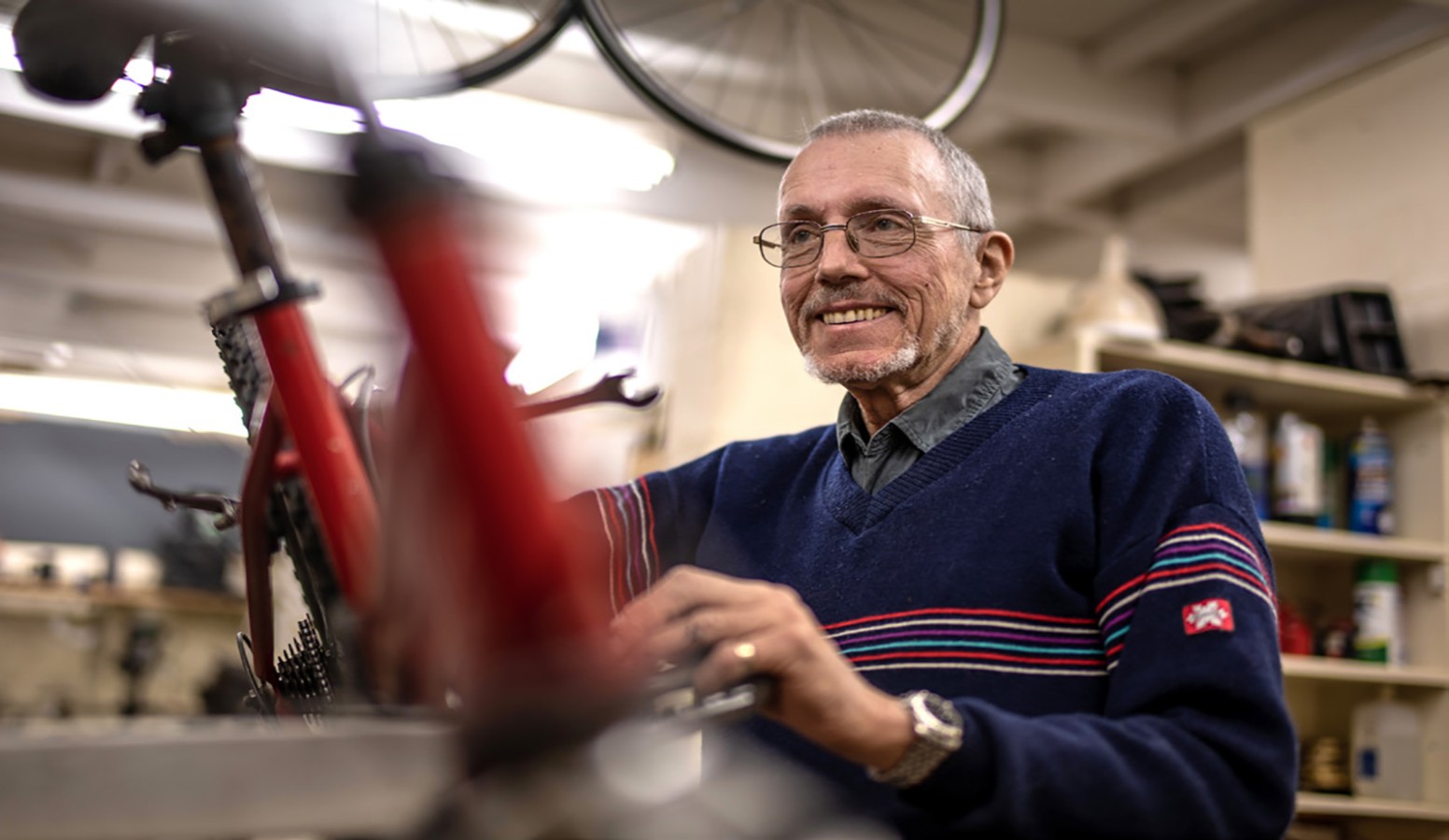 The volunteers at Menzshed are master fixers. Their projects include one-off, small tasks for individuals, often paid for in cake and koha, through to council jobs like access ramps.

The popularity of the Menzshed means the Hastings branch is now moving from its current home, the old toilet-block at Windsor Park netball courts, to a space three times bigger. Through November and December, an army of volunteers will move every tool, every piece of machinery, every donated bit of wood, every bicycle part and every half-finished project to a re-commissioned building at the A&P Showgrounds. 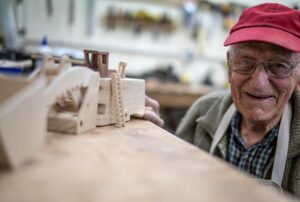 The Hastings branch boasts 75 members, although not all turn up regularly to get involved in projects; some are just in it for the monthly socials. NZ’s first Menzshed opened twelve years ago … Hastings’ and Napier’s are three years old.

“It gets guys out from home twiddling their thumbs and into something that’s active,” says Ric Coleman, current chairman. He explains the existence of the Shed helps with mental and physical health. “It gives blokes a sense of having achieved something, keeps them sane, gives them longevity.”

Retired chippies, sparkies, blocklayers, tradies of all types find a new working life at Menzshed. Metal workers, electronics specialists, ex-military, IT technicians are all represented among the Menzshed ranks. As a youngster Ric trained for seven years as a typewriter repairman; when he’s not at Menzshed, Ric now fixes lawnmowers in his spare time.

He explains that switching off the working-man mentality and psyche is difficult. “These are pretty proud guys, they’ve worked for 40 years, then what?” says Ric. “They know their screwdrivers from their wrenches, they’re still useful. I think they feel guilty just sitting at home doing nothing.”

Fixing bicycles is a big part of the contribution the Shed makes to the community, not as a replacement to the local bike shop, but as a charity role. These bikes are passed on to low-decile schools, families in need and recently released inmates.

The blokes at the Shed also take on a mentor role, working weekly with a group of special needs students from EIT. Tools are donated – there’s currently 29 claw hammers and no room for any more – with excess tools being shipped to the Pacific Islands to help with aid projects. 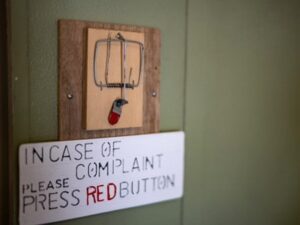 Menzshed isn’t just about working together, it’s about looking out for each other, companionship, ‘mateship’. They’re always open to new members. “We’re a load of old guys who have a bloody lot of fun,” says Ric.

Menzshed is a charitable trust and part of a network of similar hangouts across New Zealand, and internationally. Napier’s Menzshed has 60 members and CHB has 34. In Wairoa a similar outfit is in the start-up phase and will also welcome women (on alternate days).