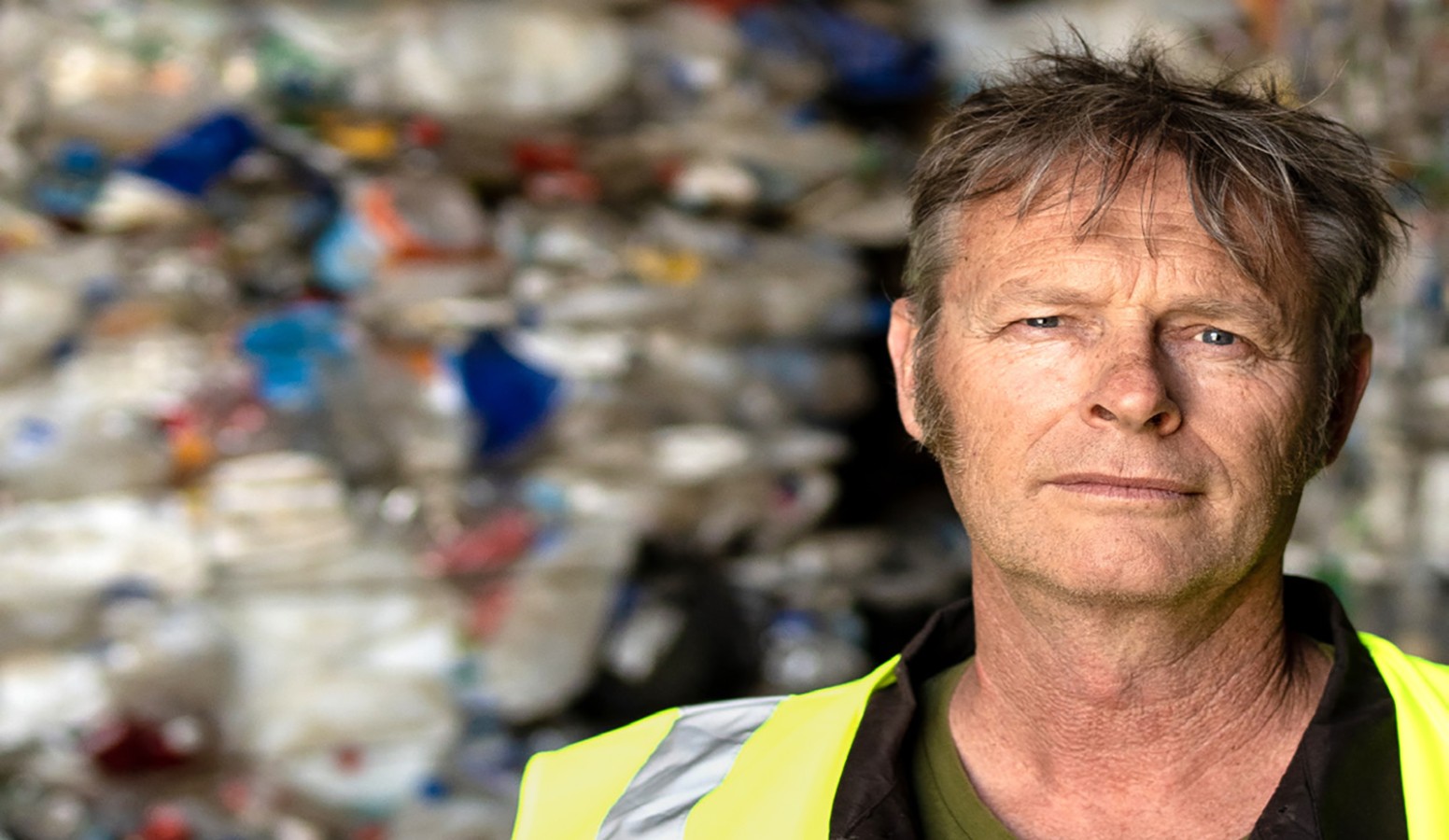 Unless New Zealand phases out far more than single use bags and urgently bolsters its capacity for transforming end-of-life plastic into something commercially compelling, we’re setting ourselves up for a future of overflowing landfills and waste warehousing

Plastic forms an integral part of everything from cars to furniture, office and household appliances and a cornucopia of containers, but its fastest growing, lowest cost form – the bags, wrappers, straws and caps that litter our roadsides, river banks and foreshore – are the most difficult to recycle.

While high-grade polyethylene terephthalate (PET) plastics (grades 1-2) including bottles, trays and containers have a clear path for being transformed into more of the same, there are limited options for other plastics (grades 3-7), particularly if they’re contaminated.

Larger plastic items delivered to collection points may be crushed for landfill or shredded and melted to create resin, but there’s little separation of other plastics that could be used in the mix.

Big picture recycling is complicated by the fact that there are 67 local authorities with different sorting and recycling processes for this long-lasting oil and natural gas derivative.

From May, China began rejecting shipments of our bulk plastic waste. They’ll only take quality and that requires a lot more sorting, something “most of our recovery facilities wouldn’t be able to achieve,” says 3R Group’s Dominic Salmon.

That’s resulted in a massive backlog, mounting with every kerbside collection, as recyclers wait for container ships to the few destinations still prepared to take our virtually worthless plastic trash.

It’s had the Hastings and Napier contract since 2012 and last October opened a 700 square metre sorting plant at Whakatu where its fleet of trucks unload cardboard, bottles, tins and plastic.

Lugt, wife of Green Sky founder Darren Green, says its 500kg export bales are 40% each of grade 1 and 2, and 20% of soft plastics. It doesn’t compact as that makes further sorting difficult and avoids long-term stockpiling which degrades waste.

Green Sky is in discussion with potential manufacturers in Palmerston North, Auckland and Wellington for recycling options.

A dilemma facing all collection companies is that contracts, performance and planning – including the recent Joint Waste Management and Minimisation Plan – are based on weight; while soft plastics only comprise two percent of the weight collected, the volume is growing.

Lugt attributes this to increasing population and consumption, growing use of plastic packaging and ‘light weighting’, for example, the average 350ml water bottle going from 18grams to 10grams.

“We’re picking up two to three times what we were five years ago,” with a huge increase in water bottles possibly due to water quality concerns and chlorination.

While Hawke’s Bay encourages kerbside sorting, many households still dump everything in a single bag, partly through laziness and the lack of clear guidelines. Individual computer chipped bins for glass, paper and plastic will be introduced in Napier and Hastings from 2020 for improved monitoring and management.

3R’s Dominic Salmon says sorting and collection technologies need to improve as the political landscape “is charging” for change. A proposed per tonne levy will apply across all landfills including the 350 that currently don’t pay and yet take demolition materials, plastics and anything inert.

In New Zealand, we use over 1.6 billion plastic bags annually. After carrying groceries and possibly getting second use as bin liners, they mostly end up in general rubbish landfills or blowing about and fragmenting into microplastics.

The United Nation’s Environmental Programme (UNEP) says microplastics from plastic bags, ingredients in personal care products and even synthetic clothing, are one of the biggest threats to marine biodiversity.

Greenpeace, representing the Plastic Free NZ coalition, wants to eradicate other ‘avoidables’ which make up an estimated 77% of the plastic waste washed up on our beaches.

Greenpeace Oceans campaigner Emily Hunter wants a ban on plastic cutlery, straws and stirrers and a deposit system for plastic bottles with cash for returned empties.

She proposes levies on “problematic” items such as coffee cups, food packaging and cigarette butts, targets for plastic reduction and incentives to “produce reusable packaging that doesn’t hang around in our oceans for centuries”.

Packaging Forum members, manufacturers, brand owners and retailers have pledged to make all packaging recyclable or compostable by 2025 with nothing going to landfills after that date.

He wants to make it as simple as possible for consumers “to do the right thing”. One option is the Forum’s Soft Plastic Recycling Scheme, with its green and white bins, expected to be in Hawke’s Bay by the end of the year.

To date the scheme, funded by 65 major brands, has bins strategically placed outside 400 supermarkets nationwide, collecting around 13 tonnes of soft plastic weekly, including shopping bags, bubble wrap and most kinds of film and wrappers.

Forum spokesperson Lyn Mayes says the soft plastic collected, stored, baled and processed is expected to rise to 600 tonnes this year, the equivalent of about 150 million plastic bags. That’s up from 360 tonnes in 2017, but still only 11% of what we use annually.

The day BayBuzz spoke to Mayes she was fielding reports of food scraps, cans and coffee cups being dumped into bins despite ‘no rubbish please’ labelling. Collectors were having to send contaminated content to landfills.

Mayes says the scheme struggles because it has to pay processors to take what it collects. It is stockpiling ahead of new agreements with onshore processors who make resin for bollards, posts, decking, electrical cable covers and other recycled products.

She’s hopeful a trial with an Australian company using it for roading mix will spark interest from New Zealand companies.

Replas Australia which makes furniture, park benches, fitness and playground equipment canned an earlier deal because of a supply glut and the fact New Zealand councils and industry weren’t buying enough of their products.

Mayes and others suggest true circular economy initiatives need councils and government departments who sort and supply waste plastic to buy recycled end product so there’s “a pull through effect”.

3R Group’s Salmon poses the challenge, “Can you claim to be genuinely recycling if you are not buying recycled?”

He says Flight Recycling in Lower Hutt has capacity to expand its processing of post-household PET plastics into more bottles, trays and containers, and in a perfect world, councils would be supplying them with raw product.

Some supermarkets are replacing styrofoam meat trays with hydro-locking PET trays and several companies are already repurposing bulk plastic waste and even polystyrene as aggregate for concrete, building blocks and road seal.

3R Group, the Packaging Forum and the Sustainable Business Network are looking at innovative uses for collecting and processing lubricant containers.

Spray and chemical containers, silage wrap, buckets, drums, pipes and sheets from the agricultural and horticultural sector are also being diverted from landfill to turn into resins and low-grade oils.

Agrecovery provides nationwide free recycling of containers up to 60 litres from 3,000 approved companies if customers triple wash and drain them and take caps off so they don’t become missiles in the crusher.

It sees Hawke’s Bay as a growth area, with five collection points at Hastings, Napier, Waipukurau and Wairoa; it will also turn up to larger sites with a shredding machine.

Earlier this year Astron partnered with Plasback, owned by crop packaging company Agpac, as part of a government-accredited product stewardship scheme. Since 2006 it has bagged and recycled over 10,000 tonnes of used rural plastics.

Astron received $500,000 from the Waste Minimisation Fund (WMF) this year to expand the range of plastics it can recycle, including silage wrap which has previously been sent offshore. It can now heat, treat, shred and make pellets for the creation of Tuffdeck and Plaswood products and Tuffboard, a plywood-replacement product for farm use. 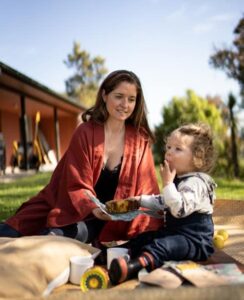 As older packaging is phased out there’s a need for recyclable or compostable replacements. A Hawke’s Bay couple, Stacia Jensen and Miko Hayashi, got in on that game early with their LilyBee food wrap.

It can be washed in cold water and reused many times. It was trialed with family and friends and as demand grew, was publicly launched at Napier and Hastings Farmers Markets in late 2016 before going global.

“It started with an online shop … and Miko and I were doing everything for the business. We now employ about eight people,” says Stacia.

The product is made at a warehouse in central Napier. “So far our little community has helped save almost three million meters of plastic wrap from going into the environment.”

However, some alternative packaging is already creating more problems than it solves. Parliamentary Commissioner for the Environment, Simon Upton, warns there are unsubstantiated claims for some so-called biodegradable and compostable plastics.

He wants Government to help resolve the confusion. “One can’t simply toss these products onto the compost heap, or into our recycling bins, and go away thinking ‘job done’.”

While the logical option might appear to be paper bags, Dominic Salmon says based on lifecycle; the hot water and fibre required, “it’s much more environmentally friendly to produce plastic bags”.

And claims aside, plastic alternatives need to be tested for strength, integrity and how they break down, as some require a commercial composter at 70-80 degrees Celsius.

Claims for oxy-biodegradable product are only true if there’s sunlight and moisture. “In an anaerobic landfill where there’s no oxygen it doesn’t break down”.

And Salmon asks whether genuinely biodegradable product from cornstarch or plant or food-based materials is coming from the waste stream, or using up valuable resources and putting food prices up?

What’s needed is a composting infrastructure for this packaging and national standards for imported and locally made alternatives, which a government and industry working group is hoping to recommend by the end of the year.

In an ideal world

Salmon says single use plastics in particularly are being “demonized”, despite having an important function as a strong protective barrier, providing an elongated shelf life for food and materials.

Green Sky CEO Friederike Lugt agrees plastics “are a wonderful product” that earn a bad rap when “there’s no monetary value attached (and) we disrespect them.”

Phasing out all grades 3-7 plastics would create a much better economic base for recycling companies. “It’s all a by-product of fuel … they’re usually made in layers and the printing often causes problems for recyclers.”

Anyway, Lugt claims, “everything we need can be made out of grades 1-2, which are readily recyclable.”

She believes tyres, batteries, e-waste and disposing of second-hand clothing are far greater issues, including the emerging problem of recycling drink bottles into synthetic clothing.

“Clothing is 5% of our waste industry, and even when the plastics are turned into polyfleeces and the like and are no longer wanted, it’s still plastic.”

Hard questions are being asked. Why do we import, create and use packaging that can’t be recycled? Why would we dump it on countries already struggling with poor infrastructure or rack up carbon miles sending plastic waste offshore then importing it back as park benches?

Unless there’s a revolutionary change of attitude and convincing reasons for businesses to invest in plastic recycling, we’ll continue to be swamped by the synthetic excrement of our throwaway society.

Less new plastic would save significant energy. According to the U.S. EPA, manufacturing new plastic from recycled plastic requires two-thirds of the energy used in virgin plastic manufacture.

And the plastics industry energetically promotes the energy-saving virtues of plastic (e.g. use in cars and planes reduces weight, reducing fuel consumption).