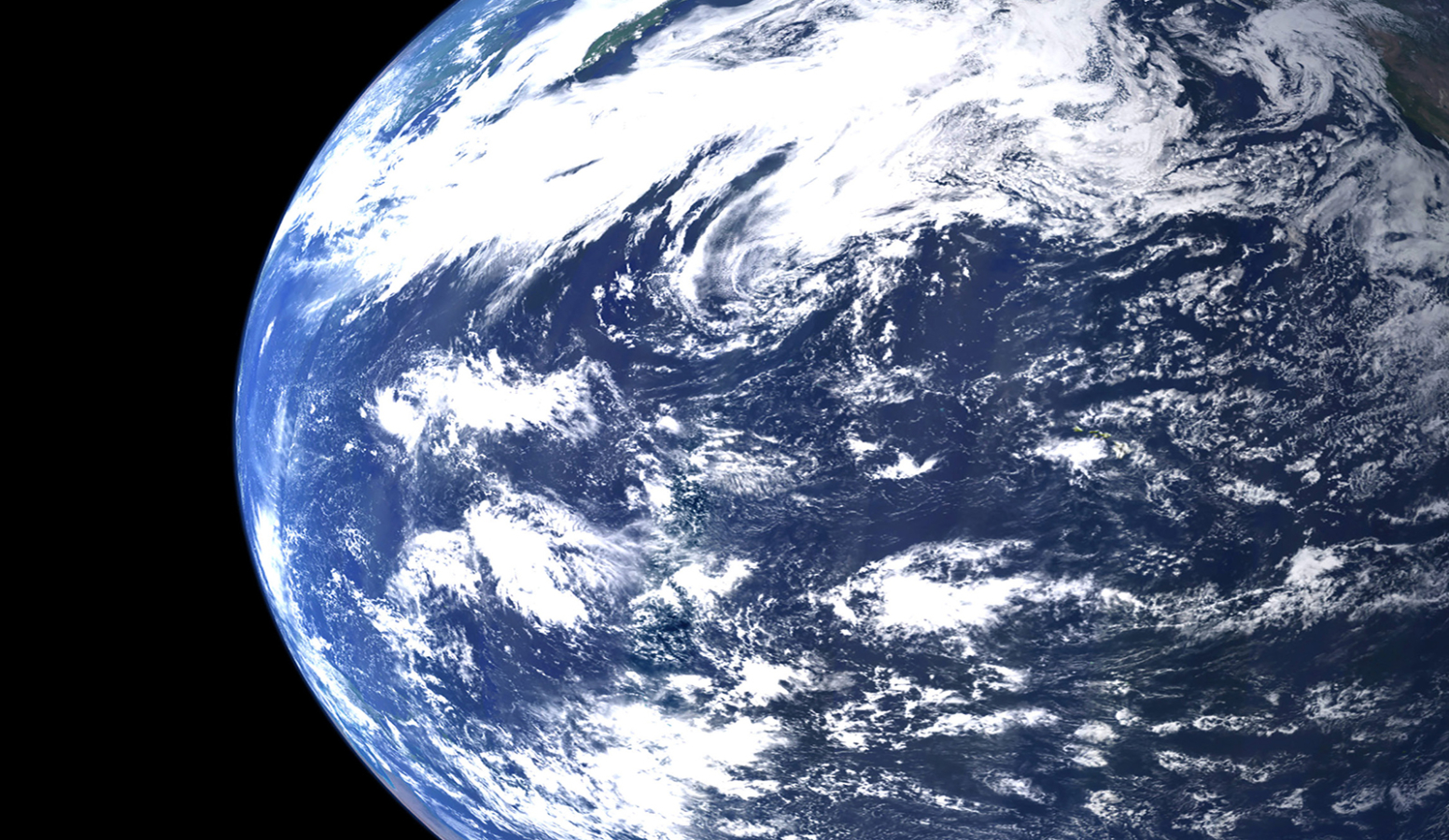 On the Right Side of History

Our celebrity Prime Minister was recently in Davos telling other world leaders that global warming was the issue of our times. “What greater threat to our wellbeing is there than the current threat of climate change,” she commented, adding, “This is about being on the right side of history.”

Do you agree? The global warming warnings have become even more frequent and dire over the summer break. Here’s a sampling.

The most dramatic (chilling!) evidence of the dangers ahead from increasing temperatures lies in the ice – the Arctic, the Antarctic and glaciers.

A US National Academy of Sciences study published in January reported that Greenland’s ice is melting faster than anyone thought – at a rate in 2012 nearly four times the rate in 2003. Perhaps reaching a tipping point that cannot be reversed.

Yet Greenland’s is dwarfed by the Antarctic ice sheet, which could yield a 57 metre rise in sea level if fully melted. Its ice loss averaged 252 billion tons a year over the past ten years, six times the rate of four decades ago.

And the impact is not only on sea level. In the case of Greenland, mounting ice melt is believed to be diminishing the ability of the Atlantic Ocean’s Gulf Stream to deliver the warm water (and resultant air temperatures) that have hitherto given northern Europe a temperate climate.

And where retreating glaciers feed less water into river systems, devastating consequences on food production and drinking water will follow.

Some of this effect will come from diminished aquifer recharge – a “groundwater time bomb” promising political upheaval.

Studies project almost half the world’s aquifers to be depleted in the next 100 years (including from changes in rainfall and snow). One-third are already in distress, the worst being the Arabian Aquifer System, providing water to more than 60 million people; second most stressed is the Indus Basin aquifer of northwestern India and Pakistan; the third most is the Murzuk-Djado Basin in northern Africa. California’s agriculture-intense Central Valley is labelled highly stressed.

More heat, less ice. In the case of Greenland, each degree of warmth above 1 C doubles the amount of ice melt.

According to the World Meteorological Organization (WMO), the four hottest years recorded have been the last four, 2015-2018. As National Geographic put it: “The Earth’s climate has been warmer than the 20th Century average over the last 406 consecutive months. That means no one under the age of 32 has ever experienced a cooler-than-average month.” Scientists are now predicting that 2019 will be the hottest ever, with future El Niño years promising more of the same.

A new analysis published in Science in January found that oceans are heating up 40% faster than the UN estimated five years ago, with 2018 the warmest year on record for ocean temperatures. Until now, oceans have absorbed 93% of the heat trapped by greenhouse gases, sparing land-lubbers from even higher temperatures.

The planet’s higher heat produces sea rise and more violent storms (and more of them), kills coral reefs (and people), disrupts the entire plankton-based marine food chain, spawns and exacerbates wildfires (and subsequent soil erosion), and, for the business-minded, even seriously erodes productivity. According to a recent Lancet report, 153 billion hours of labour were wiped out last year due to heat waves, nearly three times more than 2000.

The earth has already warmed one degree Celcius above pre-industrial levels. Three years ago the Paris agreement endorsed by 200 nations set a goal of holding the warming increase below two degrees Celsius over pre-industrial levels and to “pursue efforts” to limit it to 1.5 C.

The most recent international negotiations in December in Poland produced a “rulebook” for putting the 2015 Paris agreement into practice, including how governments will measure and verify their emissions-cutting efforts. Important, yes, but once again failing to bind countries to their targets, and actually backsliding on accounting for carbon credits.

International political crunch time will come in 2020, when nations must be meeting their Paris emissions commitments and produce new targets for 2030 and beyond.

Today the scientific consensus appears to be that the 1.5 C goal is impossible, and will be exceeded by 2035, with the increase reaching 2.0 C by 2060. Our nations, with the exception of the European Union, are not doing so great with emissions. Under the present commitments, if 100% met, the world faces a 3.0 C or more increase in temperatures, a level scientists consider disastrous.

Even to curtail temperature rise to the 2.0 C target, global emissions would need to decline to zero by around 2075. Not only would virtually all coal plants and gasoline-fuelled vehicles need to be eliminated, we would also actually need to develop technologies that at large scale could remove billions of tons of existing carbon dioxide from the atmosphere each year. Not a single mitigation scenario produced by the UN can meet the 2.0 C target without massively deploying carbon capture technology, which (along with nuclear power) many environmental groups oppose.

Yet, on December 5 the NY Times headlined, “Greenhouse Gas Emissions Accelerate Like a ‘Speeding Freight Train’ in 2018”. The science reports cited in the article noted that oil use had gone up five years in a row and that carbon emission would increase by 2.7 % in 2018 to a record 37.1 gigatons. 59% of current emissions come from China (27%), the US (15%), the European Union (10%) and India (7%), with the fastest growth in India, followed by China.

Globally, the consequences of warming at this pace are predicted to come more and more quickly. In October the UN’s Intergovernmental Panel on Climate Change warned that rising emissions would cause widespread food shortages, coastal flooding, wildfires and population displacement by 2040. Two months later, a study reported in the science journal Nature advanced these effects to 2030, only eleven years from now.

Add to these worries that directly affect humans – the species we are most accustomed to caring about – the catastrophic effects of climate change on the rest of the flora and fauna with whom we inhabit the planet. Some (more likely, many) of those face extinction at our hands and inaction. We humans like to believe we’re clever enough to escape that fate, but in the long run, nature doesn’t play favourites.

And we’re playing against extremely tight margins. Echoing study after study, “Every fraction of a degree of warming makes a difference to human health and access to food and fresh water, to the extinction of animals and plants, to the survival of coral reefs and marine life,’’ WMO Deputy Secretary-General Elena Manaenkova emphasized to National Geographic.

Haggling over half-degree differences in global warming targets might sound rather picky, but in fact the ecosystem, infrastructure and human impacts of these changes are huge.

Some examples of the ‘extra’ half-degree …

Some regions, such as the Arctic, will heat up two to three times faster – ice-free summers would be 10 times more likely at 2.0 C.

Some small island nations could become uninhabitable or disappear.

The Mediterranean and Middle East regions could see a 9% drop in water availability at 1.5 degrees of warming, but a 17% drop at 2.0.

And we haven’t really begun to contemplate the impact of a 3.0 C rise, other than to anticipate that the various effects would compound one another!

But there’s opportunity in this challenge as well.

Climate action evangelist Al Gore told recent Davos attendees, “The world is in the early stages of a sustainability revolution which has the magnitude of the industrial revolution, but at the speed of the digital revolution.”

As PM Ardern put it, “We have the chance here to transition and future-proof our economies … it’s the only way.” The Government’s first steps include ceasing further oil and gas development, a goal to plant one billion trees over ten years, a $100 million green investment fund, a pledge for the nation’s energy generation to become 100% renewable by 2035 and to achieve carbon neutrality by 2050. Details on the last of these are yet to emerge.

We look forward to seeing these promises and programmes fleshed out and implemented, especially Climate Minister Shaw’s Green Investment Fund and the anticipated Zero Carbon Act.

But meantime, in January Genesis Energy announced that coal-fired electricity generation had reached a five year high. We still live in a country without fuel economy standards for its vehicles, and we’re shamefully behind in exploiting our bountiful solar potential.

The problem used to be that we short-term-thinking humans were being asked to contemplate and address a future 100 years out, and we shrugged off the task. Now we face huge ecosystem changes within a decade or two … but still are having difficulty processing the urgency for action.

We seem relatively unmoved morally by the harm our present consumptive practices will cause in the future to other species, natural ecosystems or even our own offspring.

But now, with the accelerating and intensifying impacts that are visibly at hand, maybe we will be moved by the threat of more immediate disruption to our own lives and economic wellbeing. Maybe economics will prevail.

Witness 13 agencies of the Trump administration issuing a joint 1,656-page report estimating that climate change could slash the US GDP by 10% by 2100 … that would be twice the losses caused by the Great Financial Meltdown decade ago.

That might generate action that moral purpose alone has not.

Here in New Zealand, the Productivity Commission has weighed in on the economic value of addressing climate change now versus later and outlining a path to a low-emissions eonomy.

Local Government NZ has just released a report indicating that $5.1b of local government infrastructure is at risk from 1m sea rise, $7.8b at 1.5m rise, and $14.1b at 3m rise.

NZ-wide, $38 billion of residential and commercial buildings (125,600 buildings) are estimated at risk from a sea level rise of one metre. The Parliamentary Commissioner for the Environment will soon release estimates of the financial risk to all buildings and infrastructure from sea rise, with the estimates given by region and broken down for 10cm increments of sea rise.

BayBuzz will continue reporting extensively on climate change, and in particular we look forward to covering the climate policies and actions of the current Government, as well as our Hawke’s Bay councils and companies.

[Editor’s note: The consequences of these global ecosystem changes for us here in Hawke’s Bay were well-traversed by Bridget Freeman-Rock’s article, Adapting Hawke’s Bay to Climate Change, in the previous BayBuzz.]

While breakthroughs in affordable storage are accelerating the shift to electric vehicles, bikes, solar storage, and increasing our reliance on…

Alongside wind power, solar has been touted as the ideal endgame for renewable energy, but the hype continues to outpace…