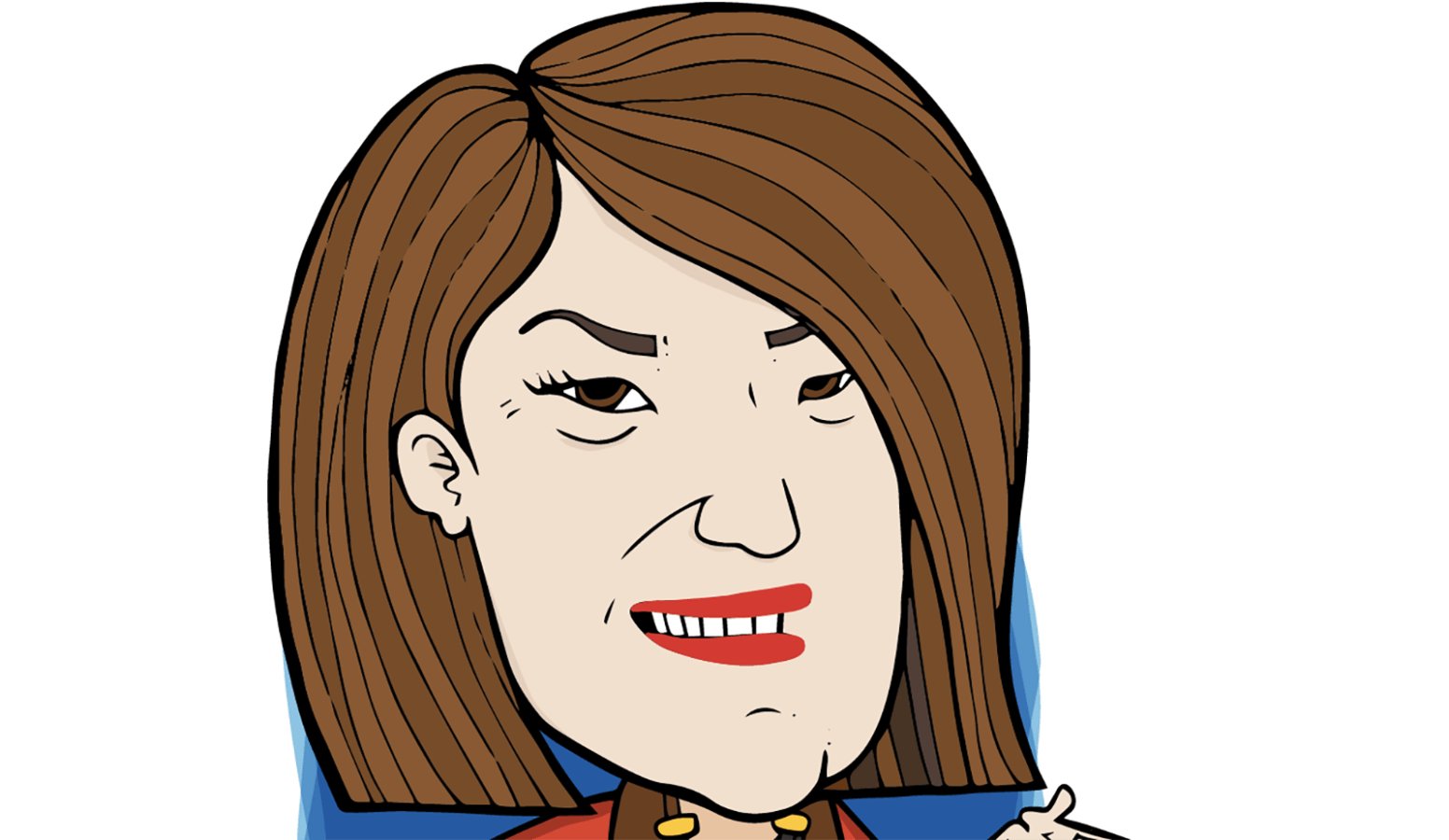 Heaps of political drama is in store for the coming year in Hawke’s Bay as we face major developments on key issues … and of course local body elections.

Also affecting our regional wellbeing will be an array of government initiatives, both programmes and spending decisions. Let’s begin with those.

The Government’s 800-pound gorilla is the $3 billion Provincial Growth Fund being doled out by Shane Jones. Anyone in Hawke’s Bay can apply, from desperate folks in Central Hawke’s Bay trying to resurrect their dam, to iwi, to private businesses, to our five councils.

Lest anyone think there’s a regional strategy behind the lolly scramble, forget it. Our mayors, Regional Council chairman and CEOs will assert otherwise, but they know it’s a joke. Simply a giant logrolling exercise … ‘I’ll support your aquarium if you support my tree planting’. The guiding mantra is: “Get in line first, get in line often.” Air NZ is mopping up on airfares to Wellington.

And as ugly as the process is, whatever dollars Hawke’s Bay doesn’t get from Minister Jones, some undoubtedly less deserving region will.

Of course other government funding decisions are critical to HB’s wellbeing, perhaps the most vital of those involving health care, including mental health support. As other BayBuzz articles have pointed out, our region, facing a growing tide of demographic and social stresses, is on the cusp of a health care service delivery breakdown. Transformation in the way services are delivered must occur, and this will stress current funding levels and spending channels.

Our region will simply have to ‘roll with the punches’ on such matters. I cannot speak for other councils, but with respect to the Regional Council, I can say that our team has been engaging extensively with government policymakers and providing informed leadership.

Government impacts on Hawke’s Bay in the coming year aside, here is some council-by-council prognostication on our political future.

Politically, the bottom line at the Regional Council will be whether a solid majority committed to the strategic priorities of the current councillors is returned to office in October.

It’s no secret that a fault line divides councillors Bailey, Barker, Beaven, Belford, Graham and Kirton from councillors Dick, Hewitt and Wilson on many issues. The former have championed a strong environmental re-focusing, with significant additional funding to match; the latter have claimed ‘too much, too fast’, if not outright opposition to some initiatives.

At this point, only councilor Dick has indicated plans to not run again. If frequency of HB Today ‘Talking Points’ is a decent indicator, it would appear attorney Martin Williams is lining up for a re-run at a Napier seat. But an ‘open’ seat is likely to attract other contenders.

Policy-wise, the huge issue before HBRC is the handling of the Port’s needed infrastructure investment, in the context of the Council’s long-term revenue requirements.

The Council has signaled its intention to proceed with selling a minority share in the Port, while protecting majority public ownership (via HBRC and its holding company), as well as reserving an initial quantum of shares for Hawke’s Bay purchasers. 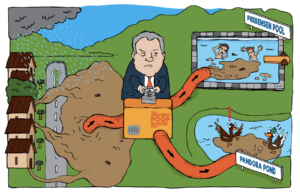 Preparations for the implementation of this approach is proceeding apace, with a goal of making the share offering in the July/August window. If the sale proceeds as expected, the Regional Council, in addition to growing the Port’s capacity, will secure a sizable fund to be conservatively invested (and ring-fenced), with earnings (only) then available for investment in the region’s long-term environmental wellbeing

The other hugely significant Regional Council issue that will land in the public domain this year is the so-called TANK plan for managing water quality and quantity throughout the Heretaunga region. The product of years of science investigation and interest group negotiation, the plan will be formally notified in coming months, triggering the full RMA process of public submissions, hearings and challenges (if any).

This process will carry beyond the October elections, providing any strenuous opponents an opportunity to take incumbent HBRC candidates to task.

As I write, the chief issues of controversy before HDC – and potential candidates for that council – would appear to be the fate of several dozen oak trees in Keirunga Gardens, extra cremation charges ($200 more) for ‘heavier’ people (weighing more than 150kg), and lingering rancor over ratepayer monies being spent bailing out of the Te Mata Peak track debacle.

Thus are the issues of local politics. Apart from the underlying merits (either way) on such issues, their unifying thread appears to be a strong visceral reaction about process: “How did this happen? Who made this decision? Why weren’t we consulted?”

Nothing offends ratepayers more than bad process (as NCC councillors have also discovered lately), whether the stakes are huge or more confined. Thousands sign petitions and the battle escalates. Fresh candidacies are born on the back of such upsets.

But is there a ‘deciding’ issue around which Hastings voters might mobilise to seriously rattle the cages of incumbent councillors? My sense is no, not unless HDC falls glaringly short on delivering the goods in terms of providing safe, reliable drinking water to all its urban constituents.

So far, there’s no sign of any Hastings incumbents not running for re-election, making it very difficult for fresh faces to break in.

Drawing the most attention will be the mayoral race, where mayor Sandra Hazlehurst, a declared candidate, should carry an upper hand, as long as she can distance herself from every lame action her council bureaucracy seems capable of. The six months between March and October provide countless opportunities for HB Today photos of the personable mayor presiding over ribbon-cuttings, unveilings, award presentations and other feel-good events.

Will she face opposition? A few Hastings councillors have harbored mayoral ambitions – Simon Nixon, Bayden Barber and Damon Harvey. Someone should challenge Sandra Hazlehurst, if only to ensure that issues deserving of robust debate receive due attention. However, as mayor Yule demonstrated in his most recent outings, an incumbent facing more than one opponent in a mayoral campaign has a lock on re-election.

Will NCC fiddle on?

In Napier also, the mayoral race should steal the show. So far, only councillor Kirsten Wise has raised her hand to contest for the seat Bill Dalton is vacating. That’s an upsetting thought to mayor Dalton, who has opined that he would like to see a candidate arise from the ‘business community’ – i.e., anyone other than Kirsten!

With the mayor’s seat open, surely other candidates will appear in due course.

The only issue for Napier’s mayoral and council candidates will be how far do they try to distance themselves from the Dalton regime record! Most incumbent councillors have slavishly followed the Bill Dalton-Wayne Jack line on all issues, from War Memorial to velodrome to swimming pool to aquarium to repeated contamination of the Ahuriri Estuary.

Surely the most miserable job in the NCC bureaucracy must be the job of predicting the rain! For when it rains, Napier’s cosmetic make-up runs.

Napier’s decrepit water infrastructure should be an embarrassment to all Napier residents, if not their elected representatives. Substantial funding was provided in NCC’s recent long-term plan to begin repairs and improvements that should have begun a decade ago. But even while the overdue repairs slowly begin, council is happy to approve more building and sub-division that will add even more stress to the over-strained systems.

And so Napier’s environment – and specifically the Ahuriri Estuary – will suffer indefinitely.

Half the NCC councillors – Tony Jeffery, Kirsten Wise, Larry Dallimore, Maxine Boag, Api Tapine, Richard McGrath – eventually challenged the party line on the Prebensen pool issue, but it’s yet unclear whether they represent a force for some vision for Napier City other than beautifying Marine Parade and welcoming cruise ships. Indeed, the rumour mill hints that Jeffery and Dallimore from this group might not stand again, with councillor Claire Hague also departing.

The stunning year-over-year success of Art Deco Week demonstrates that many Napier residents swoon over the theatrical, so maybe a good costume and a good show is all that’s required of Napier elected officials.

In Central Hawke’s Bay, in the coming year much hand-wringing over failed wastewater treatment efforts and a failed dam scheme will need – finally – to translate into tangible actions.

A final report (with recommended solution) is due to the Environment Court in June with respect to wastewater treatment, a dozen years after environmentalists first blew the whistle on CHB plants polluting the Tukituki. Twelve years have gone by!

And with Plan Change 6 taking hold, farmers must begin implementing their required farm plans, which will test the efficacy of PC6 in meeting water quality goals affected by land use.

Still, there shouldn’t be much political drama in CHB … mayor Alex Walker seems well and firmly in charge.

Up in Wairoa, trees will be the emerging issue this year, with HBRC’s soil erosion control (tree planting) programme targeting the region, in the face of commercial logging that will steadily increase. Meanwhile predator control and rocket launches will be the priorities in Mahia, while the Wairoa District Council must seek a renewed resource consent this year for its wastewater treatment discharge into the Wairoa River.

Yep, an exciting year ahead … on all fronts. Stay tuned!