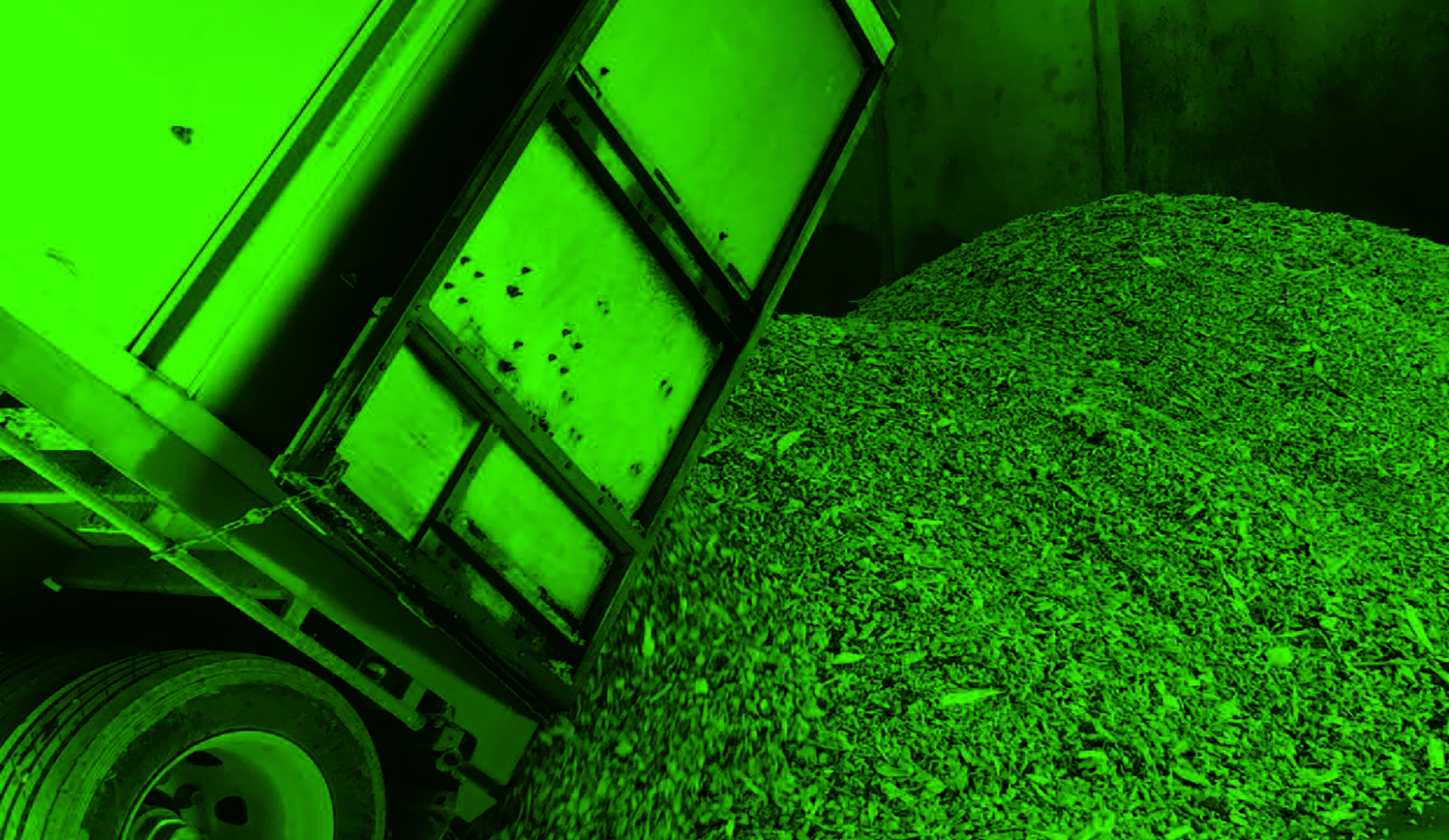 New Zealand has been a tree farm for the world since the late 1700s when traders acquired native timbers for ship’s masts and building material. Today we export so much that disposing of our wood waste has become a largely unrealised energy opportunity.

Commercial logging and processing is our third largest export trade covering around 1.8 million hectares with about $5 billion earned annually from shipping to Australia, Japan, Korea, China and the US.

It’s a messy business, leaving massive amounts of offcuts, slash and waste. And more to come with an additional 100 million trees being planted annually as part of the Billion Trees programme, helping offset our climate change responsibilities.

Wood is a proven energy source for boiler systems at sawmills and pulp and paper plants around the country, but around 95% of all industrial heat, outside the wood processing industry still comes from fossil fuels.

The deal between the Ministry of Health and Austrian-owned Polytechnik Biomass Energy, funded by the Government’s earthquake insurance settlement funds, will replace coal-fired boilers at the hospital, placed at risk through the 2011 earthquakes. 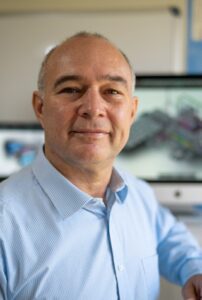 The local announcement came just as Germany, one of the world’s biggest consumers of coal, announced it would shut down all 84 of its coal-fired power plants over the next 19 years to meet its climate change commitments.

Meanwhile the Ministry of Education has recommended at least 60 schools that still use coal-fired furnaces for heating move to renewable wood energy, including pellets. The price of conversion is seen as reasonable but pellets can be double the cost of coal and schools often struggle with where to be best spend often tight budgets. An Energy Efficiency and Conservation Agency (EECA) pilot helped fund 31 schools to convert during 2007-2010 with the ministry paying for fuel but that assistance is no longer available.

His comments are aimed particularly at dairy corporates. “If we are to have any chance of meeting our climate change agreements over the next 10-15-years, we need to target animal agriculture … the biggest contributors to greenhouse gas emissions.”

Jirkowsky, general manager of Polytechnik Biomass Energy New Zealand, believes government investment in the Christchurch Hospital installation could be a trailblazer, incentivising others to head in the same direction.

He and his New Zealand team previously installed two large wood boilers at the smaller Burwood Hospital and will be responsible for sales, service and management of the new deal through supply depots in Christchurch and Havelock North.

The renewable energy champion had hoped Hawke’s Bay might have shown more interest in moving to woody biomass, but other than a few commercial glasshouses he’s had limited interest.

Jirkowsky says consultants who’ve recommended coal and gas for twenty years continue to do so because biomass doesn’t meet the short-term return on investment demanded by large companies, despite the long-term benefits for industry and the environment.

And he suggests many local managers of big companies aren’t empowered to make those decisions, regardless of how old or inefficient existing plants are or how high the operating costs are.

However, the Christchurch rebuild, says Jirkowsky, has provided an opportunity “to try and get things right … by installing new and future-proofed systems.”

When Christchurch Hospital’s new Energy Centre is online from 2020, its two 7.8 MW capacity boilers will use about 45,000 tonnes of biomass annually and emit far less carbon dioxide than fossil fuel-based burners.

On biomass energy plants wood will be screened to remove dirt, rocks and fines, then processed through a chipper or shredder. The main fodder will be untreated sawdust, wood chips, bark, pallets (mostly with nails magnetically removed) and horticultural and garden waste with a high green content.

The resulting heat-energy exchange will boil water, create steam or thermal oil for industrial or commercial heating and drying plants. 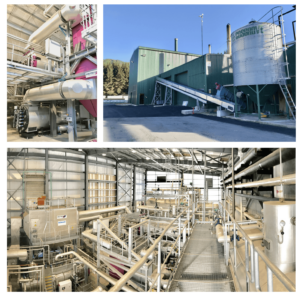 Brian Cox, executive officer of the Bioenergy Association applauds the Government for “putting its money where its mouth is” after signalling it wants to reduce emisisons through process heat.

“It is encouraging to see that its own investment decisions are making Canterbury a role model on how 20 petajoules (PJ) of coal and gas could be replaced by biomass fuel by 2050.”

One of the big hurdles to wood burners has been proving there’s a sustainable supply of fuel. “For years people said there’s not enough fuel … that’s no longer an argument,” says Jirkowsky.

There are now 6-8 potential suppliers in Christchurch – sawmills, forestry owners, wood processors and horticultural companies with pruning and other waste, creating a competitive market to earn extra revenue.

He cites the recently closed Waverley Sawmill, which filled up whole gullies across many hectares, 5-20 metres deep, covered it with top soil, then used it for dairying. “They didn’t know what to do with their wood waste.”

And Jirkowsky says some forestry companies should be doing a better job of collecting their wood waste to avoid environmental disasters such as Tolaga Bay, where it ended up in the sea before being beached.

“Cleaning up the slash on beaches and burning wood waste contaminated by seawater produces dioxin and HCI emissions … 10 to 20 times higher than any combustion system.”

While Jirkowsky celebrates every big bio-energy win, he says there are many dairy companies still installing coal and gas-fired boilers.

Canterbury still has 30-years of consents for large coal-fired boilers for milk powder processing, food and beverage manufacturers and a university.

An Environment Canterbury list of coal consumers shows Fonterra’s Clandeboye plant in South Canterbury will continue to burn up to 64 tonnes of coal an hour through its seven boilers, although the company says no new coal boilers will be installed after 2030.

One of the country’s biggest users of wood energy is Pan Pac Forest Products at Whirinaki, north of Napier, which has used biomass boilers to generate electricity and provide steam for its pulp and processing plant since the 1970s.

Pan Pac cuts and mills a large percentage of the forests between Central Hawke’s Bay and Wairoa, mostly exported as logs, finished lumber or wood pulp.

“The boilers generate steam as the main energy for the pulp mill and kilns,” says environmental manager, Dale Eastham.

There’s an instant return on investment “because we feed off our own waste and the transport cost is about 100 metres” with offcuts and trimmings from processed logs and two bin trucks regularly carting slash from forest sites.

It’s all put through ‘the hogger’, a huge woodchipper and bulldozed into storage. “Our two boilers go through a couple of hundred tonnes of wood a day.” 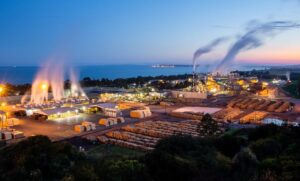 Pac Pac’s wood processing plant is powered by its own waste.

However, there are times when there’s a deficit. “When we’re marginally short we have to bring in waste wood from other areas including sawmills and forests and we even accept wood waste from the public.”

It has another site in the South Island with a more advanced Polytechnik boiler, which is cleaner burning and semi-automatic with no need for constant on-site monitoring.

Pan Pac’s energy options are limited – electricity off the grid, gas, hydro or biomass. It can operate in a limited fashion on “relatively cheap” gas back-up, but that requires a pipeline. “Not so long ago a pipeline broke and that caused huge problems.”

Eastham says there’s definitely a turn away from coal. “The cost and requirements for burning coal these days are getting more onerous.”

Jirkowsky believes bioenergy should be part of the country’s overall renewable energy plan, but has struggled to get a meeting with Climate Change Minister James Shaw to explain “what’s out there and what’s possible”.

He’d like to see greater financial incentives for waste stream energy plants such as wood energy boilers, biogas from digestors and the creation of biochar.

Reducing our reliance on imported charcoal through carbonating agricultural waste and wood residue might be a step in the right direction. 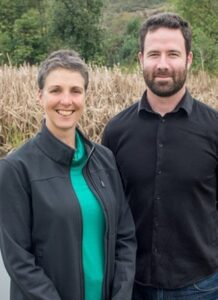 The resulting biochar, he says, would be good for barbeques, soil conditioning to store water and prevent nitrogen leaching and for cattle, cow and chicken feed to reduce methane emissions and odour.

He insists we need to get a better handle on repurposing our wood waste. In Otago, schools have wood energy plants for heating, something adjacent schools in Havelock North ought to consider.

And he notes Nature’s Flame, New Zealand’s biggest wood pellet plant in Taupō, is about to significantly increase its capacity.

Up the coast in Gisborne companies are investigating forest residue for heating and humidity control of large glasshouses to grow tomatoes and provide jobs.

Jirkowsky suggests it would make good business sense to use orchard and vineyard waste for generating energy for industrial plants at Awatoto or heating swimming pools.

The current approach of burning or mulching chemically treated material only adds to air pollution and soil contamination.

Jirkowsky’s not holding his breath though. While major in-roads are made in Canterbury “gas is still cheap enough and the cost of carbon emissions still too low” for large industry in Hawke’s Bay to consider replacing their fossil-fuelled systems.

He laments, that despite advances in wood biomass use, “we’re still 10-15 years behind Europe in using these technologies”.