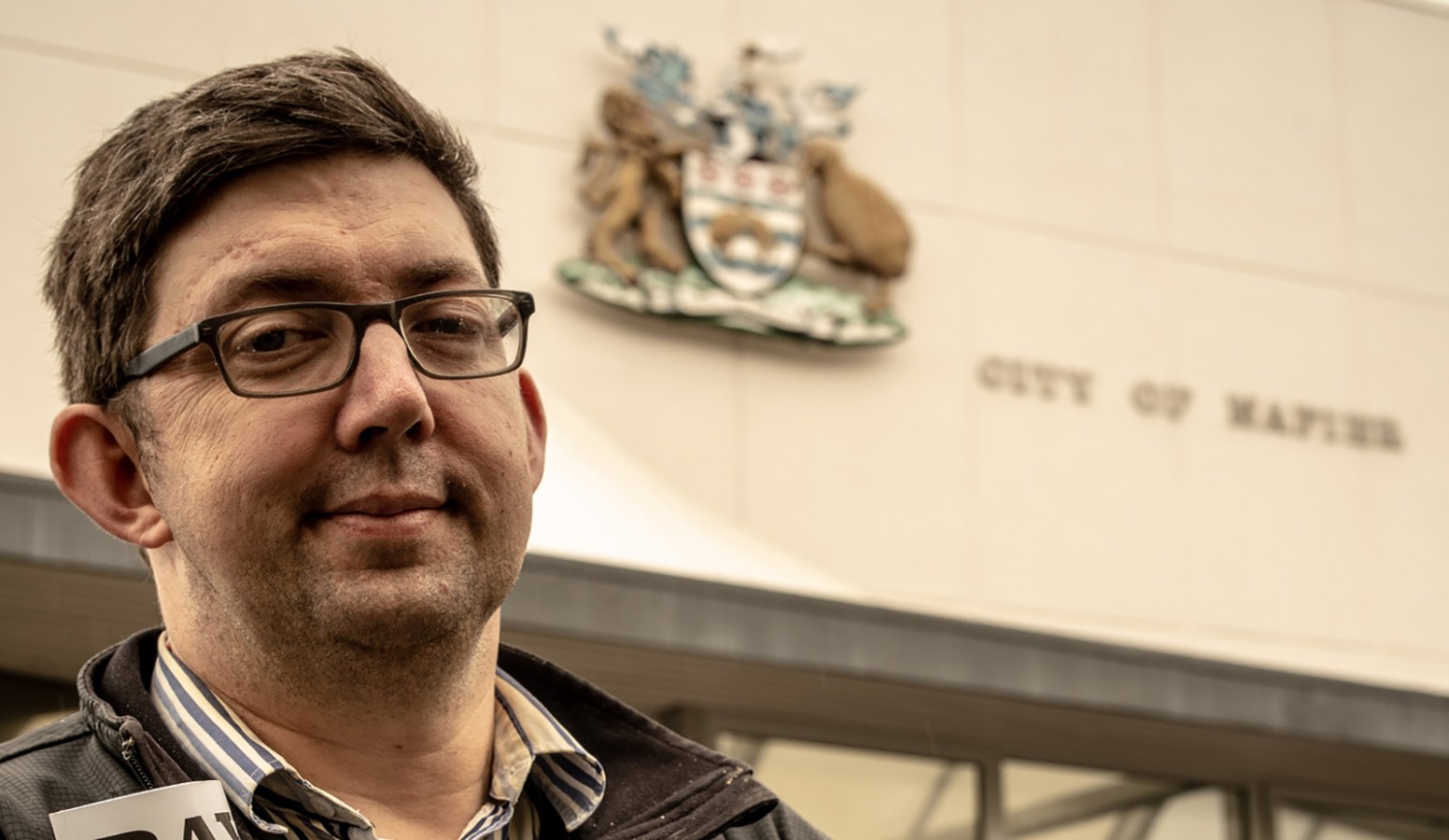 By the time you are reading this column, nominations for Hawke’s Bay’s local body elections will be opening (nominations open on Friday 19 July) and those who hope to become mayors or councillors will have started sticking their heads up above the parapets.

In the upcoming weeks and months advertising campaigns will begin. Opinion pieces from people we haven’t heard from since they were last elected will flood Letters to the Editor sections. Hoardings showing smiling faces, brandishing slogans and promises as thin as the foam core they are printed on will start to litter roadsides and intersections. Spin and PR will abound.

While it might be a time of witnessing “democracy in action”, as some will claim, it will most certainly be a time of caution … Caveat Suffragator – Voter Beware!

As I’ve covered in previous columns, some battle lines for Napier have already been drawn and early shots fired.

A group supporting Napier’s public pool remaining at Onekawa launched a Give-a-Little campaign in May to raise funds for a legal challenge against Napier City Council’s dubious casting-vote decision to carry on with NCC management’s Prebensen Drive pool recommendation.

In response NCC issued a statement from acting mayor Faye White saying, “It is very disappointing that the proceedings threaten to undermine the democratic process to date.”

That is pretty rich coming from a council that ignored “overwhelming” public preference for a 50-metre pool complex at Onekawa when they asked ratepayers to “Have Your Say” on the matter, and then disregarded a petition signed by thousands of residents to keep the pools in Onekawa, when no ratepayers requested the Prebensen Drive location.

Just who is trying to “undermine the democratic process” here?

As of June Christchurch City Council will likely be in the process of returning their municipal water supply to being chlorine-free, having rejected the recommendations of what they see as pro-chlorine lobby groups.

On 4 July Napier’s councillors quite stunningly voted to consider following Christchurch’s lead and investigate the possibility of removing chlorine from the city’s water supply (NCC managers have previously stated the city’s chlorination is now permanent).

Chemical-smelling tap water and continual discolouration from the presence of chlorine clearing out the city’s ageing pipe infrastructure have been major issues for the city in the wake of what some saw as an overreaction to the Havelock North water crisis.

Coming mere days after the “undermining democratic process” claim about Onekawa Pool, many saw this as a victory for the people of Napier and democracy in action. Others thought it too little, too late, cynically timed and wondered why it took two years for these key questions to be asked.

We can expect strong fights from new applicants for council on these issues, while entrenched incumbents attempt to defend their decisions and inactions.

With Napier City Council moving from a mixed At Large and Ward representation system to a Ward-only this election, some heightened awareness could be required from voters.

As it stands, nominees for a ward seat do not have to live in that ward. That makes sense on one level – a candidate might work or have more social engagement with the Taradale Ward, yet live, for example, in the Ahuriri or Nelson Park Ward. But it could also be potentially exploited by those who are just after a seat at the table.

Given Napier residents’ general apathy to local government issues a mediocre out-of-ward incumbent councillor could potentially get re-elected via name recognition, or from their tenure as an at-large councillor. Yet they might not have the level of concern for, or accountability to their elected ward as a more passionate resident candidate would.

Ward-only representation could also cause some fractious debate. Would Taradale Ward councillors have the same level of concern over water issues if their taps run clear, while those whose constituents, friends or family resident in Tamatea or Maraenui regularly spout sludge?

All wards will now have double the number of representatives. Arguably, in a ward like Tamatea-Onekawa, if personality trumps issue positions, one councillor might be staunchly pro-Onekawa Pool, while the other strongly supports the proposed Prebensen Drive/Tamatea.

And might ward-focused councillors lose sight of the ‘for the good of Napier’ bigger picture?

In short, some interesting scenarios are imaginable as voters adjust to the new system!

Business versus the greater good?

So who will stand for mayor and council in Napier? Well, Kirsten Wise has planted her flag for the mayoralty. Indeed, she’s boldly claimed that, if elected, she and not chief executive Wayne Jack would run the Napier City Council.

With several non-returning incumbents (Jeffery, Dallimore, Hague), a handful of council hopefuls will appear, but early radar signals have been conspicuously absent.

As always, the rumour flies that ‘a well known businessman’ will be standing for mayor. But when isn’t that the case?

In such rumours it always seems to be a businessman too, not a woman or person. In these more enlightened times shouldn’t we expect more than this old “pale, stale, male” = perfect leader trope?

And the business of government isn’t solely about business anyway. Just look at what the likes of Trump, Key, and the moneyed Brexiteers have wrought upon the social needs of their respective communities.

With homelessness, income inequality and other big social issues facing Napier, it will take more than an affinity for accounts or a penchant for profit to lead Napier out of troubled societal waters.

In this age of ‘#Kindness’ being the 2018 word of the year and 2019’s ‘Well-being Budget’, can we expect more conspicuously socially-minded council aspirants to counter generations of ‘blue-rinse’ businesspeople and bureaucrats?

If you want a fairer, kinder city that demonstrates true democratic process, now is your time to make a difference! Stand for council, or at the very least ensure you are registered on the electoral roll and vote!