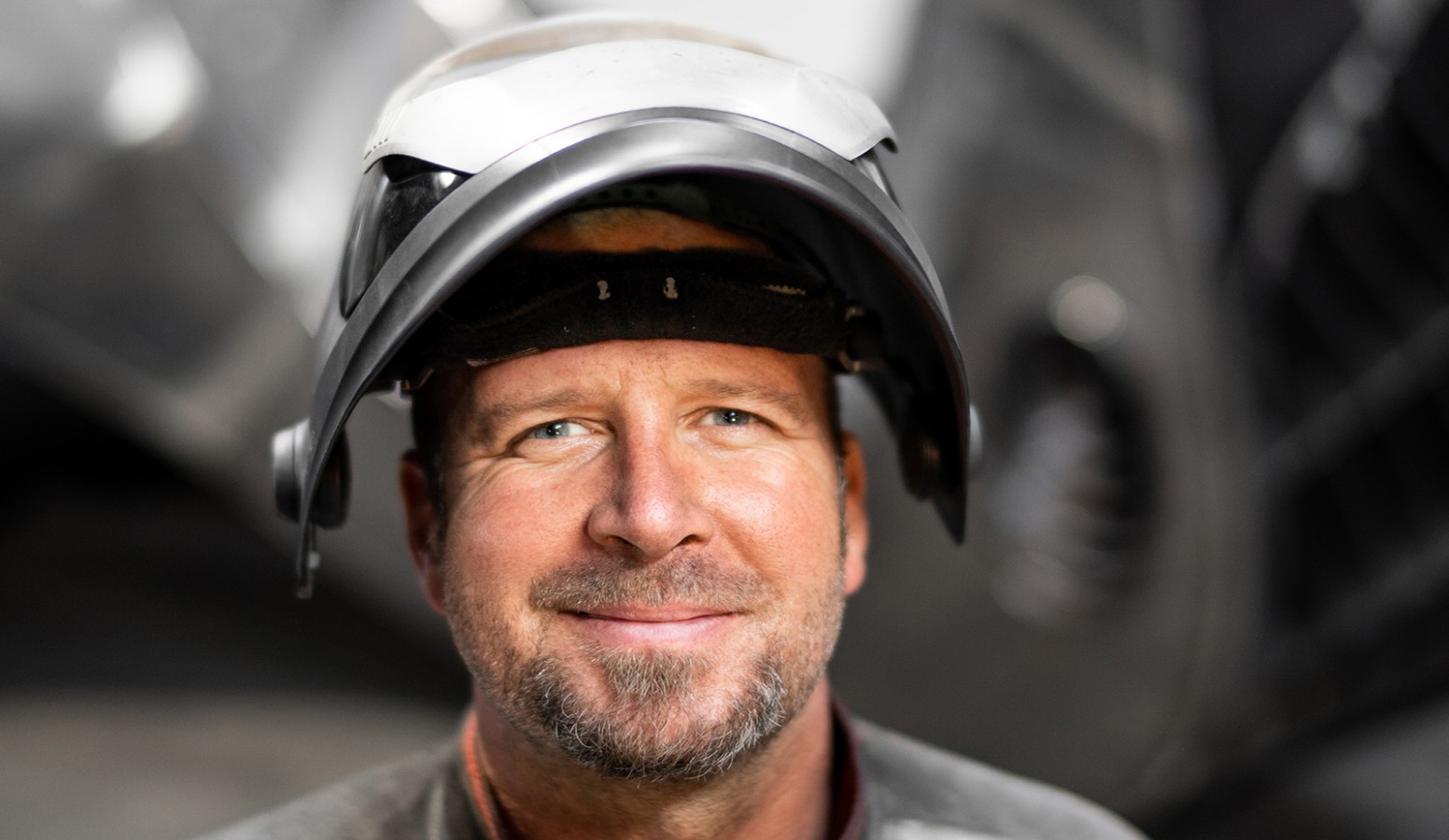 In an unassuming workshop on a side street in Onekawa, something impressive is happening. Local sculptor Philipp Meier is into his third year working on a project so ambitious it continues to teach him about the very material he has come to master. 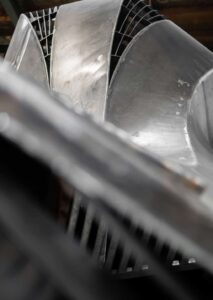 Lying down the centre of the workshop is Te Kanohi o Te Manu (The Eye of the Bird) in progress. Made from Corten steel Philipp has curved and manipulated into flowing planes, the 10-metre-tall and 14-metre-long pied shag sculpture will grace Harrier Point Park in Auckland’s Hobsonville Point.

The artwork straddles the boundary between sculpture and playground – children will be able to climb a flight of stairs up to the shag’s head to look out at the harbour through its eyes – then slide down the bird’s back and tail to the ground.

Philipp grew up between Germany and New Zealand. His studies began in architecture, but his interest getting ‘hands-on’ and in the dialogue between skilled engineering and quality material led him to a degree in Visual Art at EIT, an apprenticeship in Germany to a master builder, and a number of industrial certificates. This combination of the theoretical and the practical is evident in his intensely analytical, precise practice.

The bird was officially commissioned in July 2016 and has had its share of delays, including complicated building consents and engineering challenges with subsequent design reviews.

Working on public projects can be high-pressure, especially when the piece is experimental, timing unknown and the scale unprecedented. “There have been a lot of sleepless nights,” Philipp says, “And a lot of days walking around and around in here, trying to figure out the next part, the next step, how to do it.”

A work like this needs to meet a plethora of extra requirements under the Playground Code (NZS 5828:2004). Philipp works with an engineer to have each element signed off in order to move through the stages of construction. But none of this is simple, with the bird being way out of line with usual playground constructions and equipment, the rules have to be continually interrogated and interpreted to strike the balance between achieving the artistic outcomes and meeting safely standards.

Once complete, Te Kanohi o Te Manu will have to be installed onsite in two pieces, and engineered into the ground. Due to the climbing requirements and the overall size, standard thickness of Corten steel far as it will go – further than I thought it would – and I keep learning.”

Having a vision of blurring the lines of art and play has been an attraction too, and while yes, the bird would have been more straight-forward if it wasn’t three storeys tall, the idea of giving children the chance to experience a true bird’s eye view of their surroundings was too captivating to leave alone.

While this piece is the most ambitious Philipp has taken on to date – and surely the boldest ‘playground’ work in the country, in terms of engineering and scale – he is experienced in the playground scene.

This stream of work began with the Barry Curtis Park playground project he collaborated on with fellow local sculptors Ricks Terstappen and the late William Jameson around ten years ago. The trio were contracted by Isthmus Group – these days best known as the planners behind the Hobsonville Point development – and set about bringing the native environment around the park to life by constructing a series of larger-than-life wetland plants, pūkekos, bird’s nests with giant eggs, and bird hides to climb into and look over. 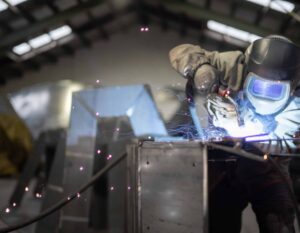 Further work on parks and playgrounds has continued, including those at Myer’s Park and Silo Park in Auckland, and the thrill and challenge of the oversized has remained.

There’s something democratic about large-scale figurative sculpture. There’s an accessibility to it, the way you can walk up to it and touch it (or climb it), the way anyone can get a kick out of seeing something much larger than it should be, and the wonder at the skill it takes to create something on such a scale, with a material as rigid and finite as steel. Bringing art out of the gallery and into the open air normalises it for children too, igniting imaginations and offering fresh examples of what creativity can achieve and what art can be.

Philipp’s two most recent works in the local biennial Wildflower Sculpture Exhibition have had this effect on viewers. The Corten steel horse’s head (If Only I Knew), seemingly suspended grazing poppies in 2016, and the elegant albatross in flight (On The Wing) in 2018 both delighted all who saw them, and sold on opening night, and are now gracing private homes in Hawke’s Bay.

And this is one of the only disappointments about Philipp’s large works – that there aren’t any locally on public display. His only solo public work is the series of life-size stainless steel gannets Flight of the Return on Paxie’s Lane in Napier – a beautiful urban installation, but not on the glorious scale of the pieces created more recently for sites out of town.

Philipp is hoping to have Te Kanohi o Te Manu completed and installed at Hobsonville Point by the end of this year. I’m hoping to see more of his work in our own public spaces in the coming years.