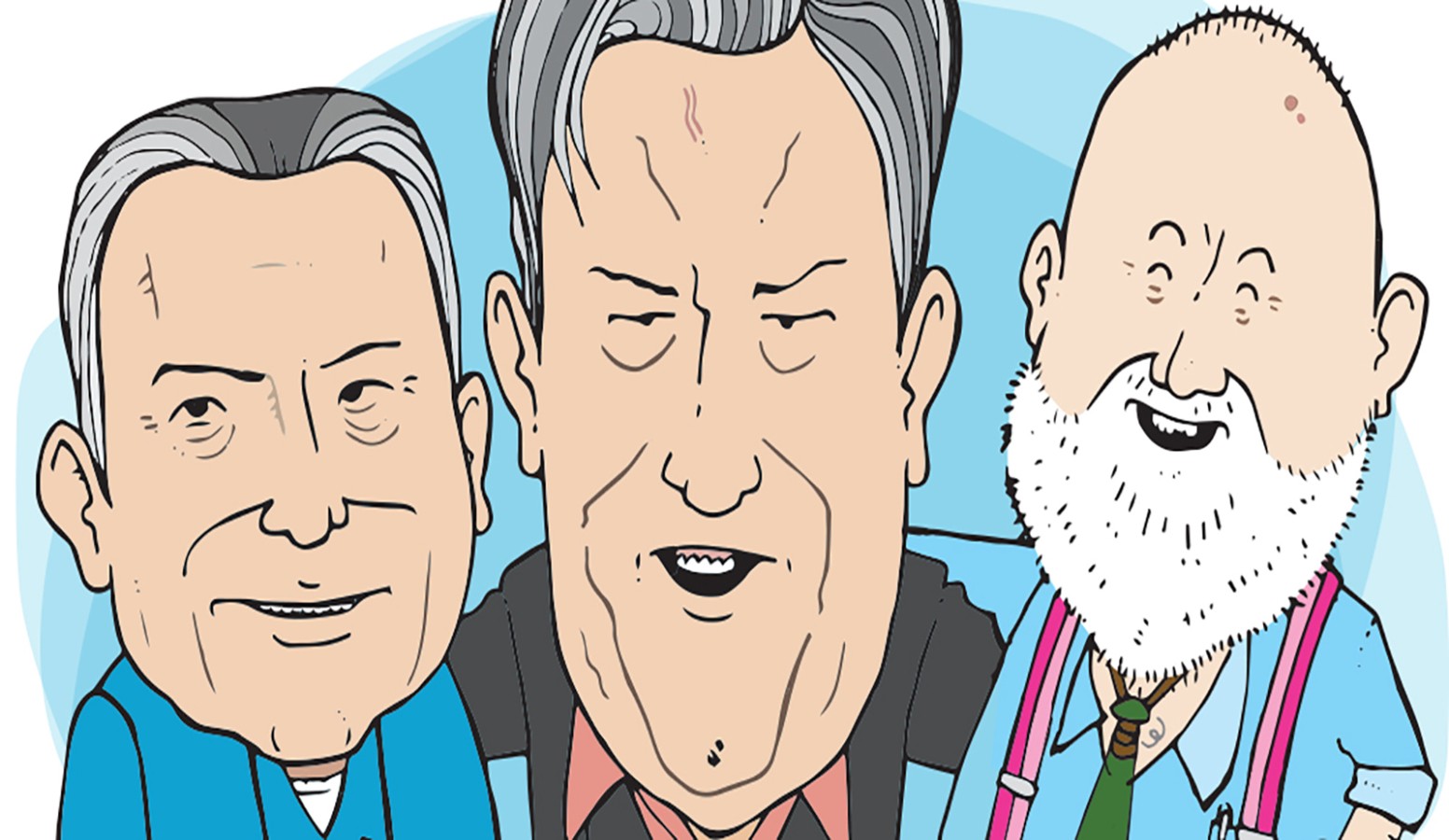 This winter seems to be the season of big plans for Hawke’s Bay’s elected decisionmakers – declaring a climate emergency, progressing the partial selldown of Port shares, welcoming $60 million in new government funding for the region via the Provincial Growth Fund, and of course preparing for local body elections culminating in October.

[Disclaimer: I will be standing for re-election to the HBRC.]

Let’s begin with the most overtly political – local body elections. As covered elsewhere in this edition by Sophie Price, candidates have begun to signal their intentions for the elections that will end 12 October. However, the final deadline for filing candidacies is not until 16 August, with official public announcement of candidates on 21 August. So, more candidates will surely surface.

The political ‘hotspots’ this season appear to be the Napier and Hastings mayoral races, as well as the Regional Council seats. Otherwise there will be marginal seat-shifting that shouldn’t affect any council’s ‘balance of power’.

At this writing, only Kirsten Wise has raised her hand for the Napier mayoralty. Hers is clearly a time-tested strategy of planting the flag early, taking some very defining positions (like opposing ‘The Pool’ and trimming the sails of chief executive Wayne Jack), and effectively daring anyone to take her on. As a result, her public profile is skyrocketing, which presents a huge challenge to any newbie who might challenge. She might as well be the incumbent. What would it take to beat her? A big name, like Chris Tremain. 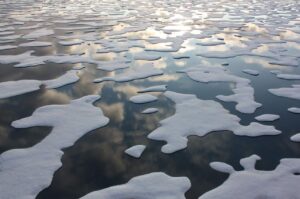 In Hastings, battle lines have been drawn early and clearly, with councillor Damon Harvey standing against incumbent mayor Sandra Hazlehurst. The emerging theme here is ‘fresh blood’ versus ‘old blood’. Sandra’s advantage is being a front-and-center ‘guest of honour’ at every official photo opportunity imaginable over the next 3-4 months. She will ‘own’ the pages of HB Today, HDC voters will think she’s their mum or auntie, while Damon will need to fight for scraps of attention … and maybe hope for another major miscue (e.g., another un-consulted Z track or rampant tree cutting).

And if others enter this race, as with every recent Hastings mayoral election, those other ‘wannabies’ will simply add to the Hazlehurst advantage by splitting the ‘new face’ and ‘disgruntled ratepayer’ vote.

At the Regional Council, it’s been no secret that a stable group of six councillors (out of nine) – Graham, Barker, Beaven, Belford, Bailey and Kirton – have been on the same page during this current term, the latter two (elected in 2016) joining the other four (first elected in 2013) to effect a regime change. New chairman, new chief executive, new culture, fresh commitment to the environment.

Of this group, only Peter Beaven is not standing again, while CHB’s Debbie Hewitt and Napier’s Alan Dick are also not seeking re-election. A number of candidates have surfaced to contest for HBRC seats at this point, as profiled in Sophie Price’s article herein.

The choices for newbies standing for HBRC are pretty clear – argue the Regional Council is headed in the wrong direction; or admit that the current priorities are the right ones, but could somehow be better advanced; or align with the team that is currently setting the course.

In June, the Regional Council passed a resolution reading in part: “Declares a climate emergency, recognising global warming to be an urgent and pervasive threat to human and ecological wellbeing.”

At the meeting, a comprehensive approach giving teeth to this resolution was adopted as well. The discussion is well-worth viewing on the HBRC website.

The debate was one-sided, with only councillors Fenton Wilson and Alan Dick opposing.

Over the past dozen years, BayBuzz has published over 60 articles, and many more ‘bits and pieces’ addressing global warming, all retrievable online. As we’ve reported, evidence for the urgency for political/governmental action on this threat has steadily mounted. And we’re now to a point where the world’s entire industrial carbon-based economy must be re-tooled in perhaps only a decade or two if we are to avert crossing a ‘tipping point’ where calamity awaits … not merely some ‘inconvenient’ coastal erosion for those choosing to live at the beach.

As one recent report concludes, after noting the recurring under-estimation of rates of global warming: “Scientists warn that warming of 4.0C is incompatible with an organized global community, is devastating to the majority of ecosystems, and has a high probability of not being stable. The World Bank says it may be ‘beyond adaptation’.”

With global stakes so high, it’s easy to dismiss a regional council’s action as tokenism or inconsequential. But to the contrary, those stakes increase the moral responsibility for all of us to do what we can in our own patch. And our Regional Council has embraced that duty …

As when HBRC declared oil and gas development off-limits in Hawke’s Bay. By formulating, with Hastings and Napier councils, a coastal hazards strategy to address the impacts of sea rise and severe weather events. By committing funds to uplifting the stopbanks that protect our growers, other businesses and our residents from the flooding anticipated from more severe weather. By transitioning our own vehicle use to EVs where they are fit for purpose and promoting EV use generally. By maintaining a public transport and cycleway system. And restoring a more energy-efficient rail link to Wairoa.

By substantially stepping up tree planting. Supporting residential solar uptake. Excluding fossil fuels from our investment portfolio. Launching a Future Farming Initiative aimed at increasing the resilience of our food-producing regional economy. By advocating on behalf of the Government’s climate policy. And winning $30 million to develop environmentally appropriate water security options for the region.

More initiatives are in the pipeline. And Hastings District Council also has programmes underway. In short, we must indeed think globally and act locally.

As Rod Oram recently observed: “Emergencies bring out the very best in people and communities. They achieve far more and faster than they ever believed possible because everybody gives their urgent best for the common good.” 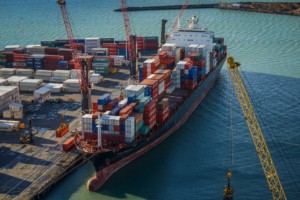 As you read this, I suspect the Port is in the process of testing possible investor interest in its potential partial share offering. This process is designed to establish two things: a) overall, whether investors value the Port shares sufficiently to make a share offering worthwhile to the present owner (your Regional Council), and b) the potential level of interest on the part of local Hawke’s Bay investors in a potential offering.

The inquiry speaks directly to feedback from the HBRC consultation process, which indicated strong public interest in providing for robust local investor participation in any share offer.

Once this market ‘read’ has occurred, if the targeted value range for the offering seems achievable, then the HBRC has signalled that the actual IPO will likely proceed.

The rationale for this approach, as endorsed by the Regional Council, is that the partial sell-down (no more than 49%) is the best strategy for achieving the multiple goals of: 1) enabling the Port to make the step-change improvements in infrastructure needed to enable further growth in our region’s export economy, while 2) reducing the financial risk associated with concentrating its investment so heavily in one asset (the Port), 3) not putting the financial burden on the shoulders of ratepayers, and 4) retaining Council (i.e, ratepayer) control.

Achieving these benefits for the Port in this manner provides the additional benefit of yielding net funds from the offering that can be invested elsewhere, with earnings from those investments available to advance the Council’s environmental objectives.

Manna from heaven?! Not exactly … we’re paying for the PGF through our tax dollars. Nevertheless, it’s terrific to see some $60 million recycled to Hawke’s Bay via recently announced grants from the PGF.

Apart from a $20 million roading project in Central Hawke’s Bay (Waipukurau to Porangahau), the biggest chunk of that largesse has been earmarked for the Regional Council’s water security programme, allocated across four projects:

$2.2 million will fund a high-resolution, aerial electromagnetic survey of Hawke’s Bay’s aquifers. This 3D mapping will provide a comprehensive picture of the region’s aquifers down to 300 metres underground, providing detail on their size, how much water is in them, how they are connected to the land and where they might be vulnerable to contamination. Hopefully yielding greater confidence in our region’s high stakes water planning.

$14.7 million to develop ‘Managed Aquifer Recharge’ (MAR) in Central Hawke’s Bay. MAR is an approach to replenishing aquifer levels by taking surface water during high flows, filtering the water and releasing it into aquifers. Work will be undertaken to investigate, develop and introduce an integrated groundwater replenishment programme to help sustainably manage the district’s groundwater systems.

This approach has been used successively elsewhere in NZ, but will need to be tested and proven locally under the no doubt watchful eyes of the entire CHB and wider Hawke’s Bay community. Although the scheme might potentially utilise small to medium scale storage, it is not a ‘stealth’ approach to reviving the Ruataniwha dam.

Similarly, $12.9 million is allocated to investigate options for small-scale water storage options to supplement water flows in and across the Heretaunga Plains. Having available water storage options would provide security of supply to current consent holders and, through the release of water during periods of high demand or dry conditions, mitigate the environmental effects of ground and surface water extraction.

During the TANK process, the Heretaunga aquifer was assessed to be in equilibrium, meaning that annual extraction for irrigation, residential and industrial use was just balanced by annual inflow or ‘re-charge’ into the system. Also, it was established that present extractions at times were diminishing surface water flows over the Plains to unacceptable levels environmentally. Hence a cap was placed – no new consents for water extraction are currently permitted.

The amount of incremental water the Heretaunga region might need to meet our multiple household, farming/growing, industrial and environmental requirements in the future is yet to be reliably established (hence the importance of the 3D mapping described above, and the demand assessment described in the next point). However, it is presently assumed that the additional need could be met by small-scale water storage. And in fact the draft TANK plan change would prohibit damming of specified major rivers and tributaries.

Finally, $450,000 (to be matched by HBRC) is allocated to produce a regional freshwater assessment, including detailed analysis of the region’s freshwater requirements over the next 30 to 50 years, as well as the ability for known water sources to meet demand. The report will consider the freshwater requirements of tangata whenua and provide engagement opportunities for the Hawke’s Bay community to contribute to long-term freshwater management planning.

Any announcement regarding millions of dollars for water storage in Hawke’s Bay stirs understandable concern and suspicion in some quarters. Personally, I believe the options that are likely be explored are reasonable, and hold potential for achieving win/win outcomes.

But, only with these provisos: 1) that tangata whenua and environmental representatives are at the planning table and fully engaged every step of the way; 2) that ‘state of the art’ efficient water use and water conservation measures are mandated as ‘conditions precedent’ for any storage or augmentation scheme, and 3) that future land uses are optimised over time so as to be compatible with a limited water future (i.e., no ‘grandfathering’ of water-inefficient uses).