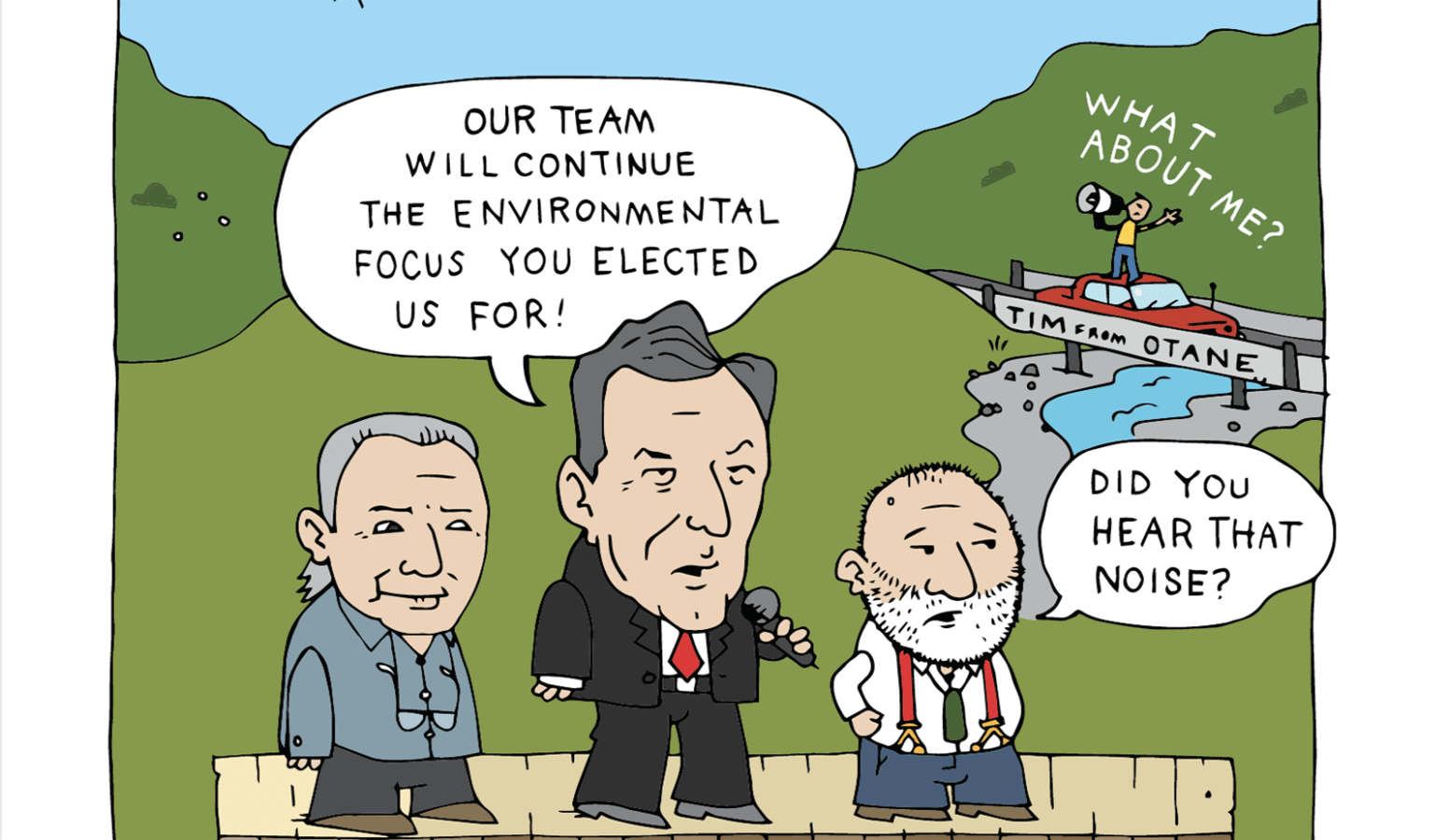 With the region awash in political hoardings, it might seem strange that I don’t begin this update with campaign news. But lacking any winners as I write, I thought perhaps the most significant ‘political’ news has been the successful IPO of Napier Port. 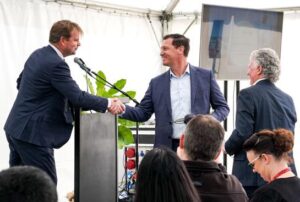 I consider this ‘political’ because the Regional Council’s decision to proceed with a partial selldown of shares was not without public controversy, and therefore political risk to councillor supporters of the move like myself.

Regional councillors looked at the options every which way from Sunday over the last two and a half years, receiving heaps of expert counsel … all of it cross-examined by other reviewers. And plenty of advice over coffees and beers from our constituents! In the end, the IPO proposal stood strongly on the merits and won solid support during the public consultation process. That process gave clear direction to the Council with regard to maintaining majority public ownership and providing preferential pre-listing share access to Hawke’s Bay residents.

So, what has been done?

Pre-listing, the HBRC’s full 100% ownership of Napier Port had a book value of $291 million. But with HBRC selling 45% of its shares for $234 million, the full value of Napier Port has been better established, unlocked and leveraged. With the market valuing the Port (instead of accountants), the Port was valued at $520 million as trading began. As I write, post-listing Council’s (i.e., ratepayers’) remaining 55% share is worth $339 million in the market, and on its balance sheet, substantially more than the original book value of its 100% ownership.

Of course, the Port itself is the most direct beneficiary, securing $110m from the sale which will be used restructure debt and enable construction of a new wharf capable of servicing the significant growth in trade (mainly the food and fibre our region exports) projected for the immediate years ahead.

Moreover, HBRC (on behalf of ratepayers) secured an additional $108m from the transaction that can now be otherwise invested. An important objective of the partial sale was precisely to diversify and thereby ‘de-risk’ the Council’s asset portfolio, while generating new investment earnings from an earmarked ‘Future Fund’ to support Council’s environmental activities.

[Unless an election change in the Council’s make-up derails that strategy, as I’ll discuss later.]

In addition to the new earnings alternative investment will provide, the HBRC will continue to receive regular dividends from its Port shares, thus continuing to subsidise Council activities. Over the next decade, HBRC revenue from Port dividends and the Future Fund are projected to more than double.

Finally, in addition to its 55% shareholding, HBRC will have two direct appointees to the Napier Port Board … maintaining direct ‘line of sight’ and clear control of this strategic regional asset.

All in all, benefits for local investors, ratepayers, exporters and all those whose jobs are generated by our export-dominated primary sector. As summed up by HBRC chair Rex Graham: “The listing of Napier Port today is a win-win result. It puts the Council in a strong financial position, enabling us to protect ratepayers from Port development costs and enabling it to focus on its work as the region’s primary environmental agency.” 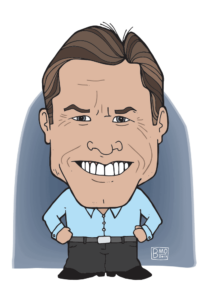 Arguably, all elections boil down to two simple questions, firstly: Do we need to make a change?

On the one side are candidates arguing, “No … we’re on the right path, doing the right things … stay the course!”

On the other side are other candidates arguing, “Yes … they’ve botched things up, or they’re moving too slowly or in the wrong direction, or they simply lack vision.”

And generally, those desiring change need to work up a fair amount of intensity to generate the noise and alarm that will stir voters enough to in fact rally for change – especially in local body elections, where less than half of those eligible do participate. Thus the second question for those favouring change: “How badly do I want it?”

So, as we look at a number of the local body elections this season, those might be the key questions for voters – change or not, and if yes, how intensely do I feel about it?

Obviously, this simple framing doesn’t capture all the motivations (from personal agendas to single-issue passions) of each and every voter (or candidate), but it’s a helpful lens to view the contests.

The neglected stepchild, but with a high possible ‘change quotient’.

Hardly anybody focuses on the DHB election, despite the fact that HBDHB is the region’s biggest ‘business’ and employer by far, and has a rather major influence on our very lives. I won’t go more into those issues, as they have been examined in Sophie Price’s article herein, DHB – Do We Care?

However, what’s different this time is the degree of change that might occur, simply due to long-serving incumbents leaving the scene.

Fully 25 candidates are vying for seven elected seats on the DHB, and the only widely-known name among them is the current chairman, Kevin Atkinson (IMHO, a model public servant). Five other incumbents are standing again, but they face challenges from some individuals well-known in the community like Anna Lorck, Graeme Norton, Claire Vogtherr and Garth Cowie. Plus others with impressive health sector credentials.

Uniquely amongst our local bodies, each candidate for DHB must run across the entire Hawke’s Bay, a heavy burden that ‘loads the deck’ in favour of high profile and better-resourced contestants as against ‘niche’ players who might have more relevant experience. There’s something to be said for the potential contribution of each … the trick is getting the balance right.

I urge you spend more time than usual on getting to know the full range of candidates, even if that just boils down to studying their profiles in your voter’s guide more closely. Eleven of the candidates responded to BayBuzz by our press time and they are profiled in Sophie’s article.

Here we have probably the highest change atmosphere of all the local elections.

An open seat for mayor, with really two major contestants battling head-to-head, Chris Tremain and Kirsten Wise. Plus a raft of retiring councillors, including some of the most senior, opening the door to major change in the seating chart.

With a change in mayor a given, it’s the intensity of public disquiet that will decide the mayoral outcome and thereby the direction of NCC for the next triennium.

Of our local bodies, Napier has had the largest share of contentious issues in recent years – the velodrome, the War Memorial, the aquatic centre, drinking water quality and chlorination, an unhealthy Pandora Pond and polluted estuary, the aquarium … even its handling of dogs in the dog pound. With several of these issues surrounded by claims of due process abuse, disregard of citizen input, and even allegations of information manipulation.

Clearly a recipe for change, but how and who to manage at the top? Back to intensity. 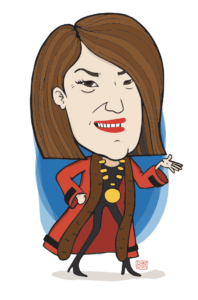 My ‘read’ is that those voters most upset with Napier’s recent past will support Kirsten Wise. With her views well-established, she appears the most determined to knock heads. Those not as upset (or not upset at all … all 113 of them) will prefer the ‘safer’ appearing hands of Chris Tremain, albeit with perhaps less clarity about outcomes.

Do Napier voters want a fighter or a mediator? This promises to be a most enjoyable race, one I submit Napier residents cannot lose, whoever wins.

For one thing, while there are 26 candidates vying for 14 council seats, only two incumbent councillors are retiring, 12 are standing for re-election. Plus an incumbent Mayor Sandra Hazlehurst, running against first-term councillor, Damon Harvey … not an open seat.

As in Napier the ‘main event’ is the mayoral race, made more competitive this time by having only two candidates. Mayor Yule enjoyed longevity in no small part to continually facing multiple opponents in each race, splitting the ‘change’ vote (no matter its intensity) and allowing him comfortable margins.

This time the incumbent mayor will need an outright majority to win, but with all the PR advantages her office carries, most would say it is Hazlehurst’s race to lose. The less drama in this race, the more favoured she is. Hence her safe ‘I love Hastings’ campaign … but doesn’t everyone (in Hastings, that is)?

I don’t detect nearly the same change intensity as in Napier. Despite her choking over Te Mata Peak, voters lack a ready-made, highly contentious, ‘in your face’ reason to ‘toss’ the mayor. And that requires Harvey to create and mobilise a constituency around some sharp and significant point(s) of differentiation he must effectively articulate, be those around issues, leadership, style, whatever. 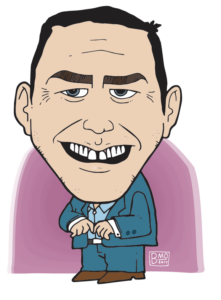 He’s certainly able, has a devoted base in the business and sport communities, and is a communicator by profession, so he has the opportunity. But not a lot of time to belt out his case. To win he will need to bring the Hazlehurst love ship down with a major torpedo … death by many small cuts won’t suffice!

Most readers will realise that I am an incumbent regional councillor seeking re-election. To that end, I’ve said my personal piece in my From the Editor column up front.

But I do think the change/intensity framing usefully applies to the HBRC situation as well.

There, in 2013 a group of four councillors fought our way onto the Council, establishing a foothold and the means to access information and challenge the prevailing thinking, especially with regard to the Ruataniwha dam. But still, we were a minority of four.

Then in 2016, others joined us and we became a majority of six, changing the council’s leadership and priorities, re-focusing on the environment.

Now, in 2019, the candidates standing for HBRC offer a very clear choice – some seek election to stay the course; others to derail it, and take it … where?

For example, four major candidates for HBRC – Craig Foss, Tim Gilbertson, Martin Williams, Fenton Wilson have been strong, unrelenting supporters of the Ruataniwha dam. They yearn for yesteryear … perhaps a resurrection of the dam.

Is that the kind of change voters now want? That’s what’s at stake. Whoever said elections don’t offer real choice? This one certainly does!

Wherever you stand on the issues before our various councils, please be sure to exercise your right and privilege to vote this season. 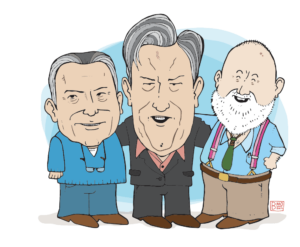