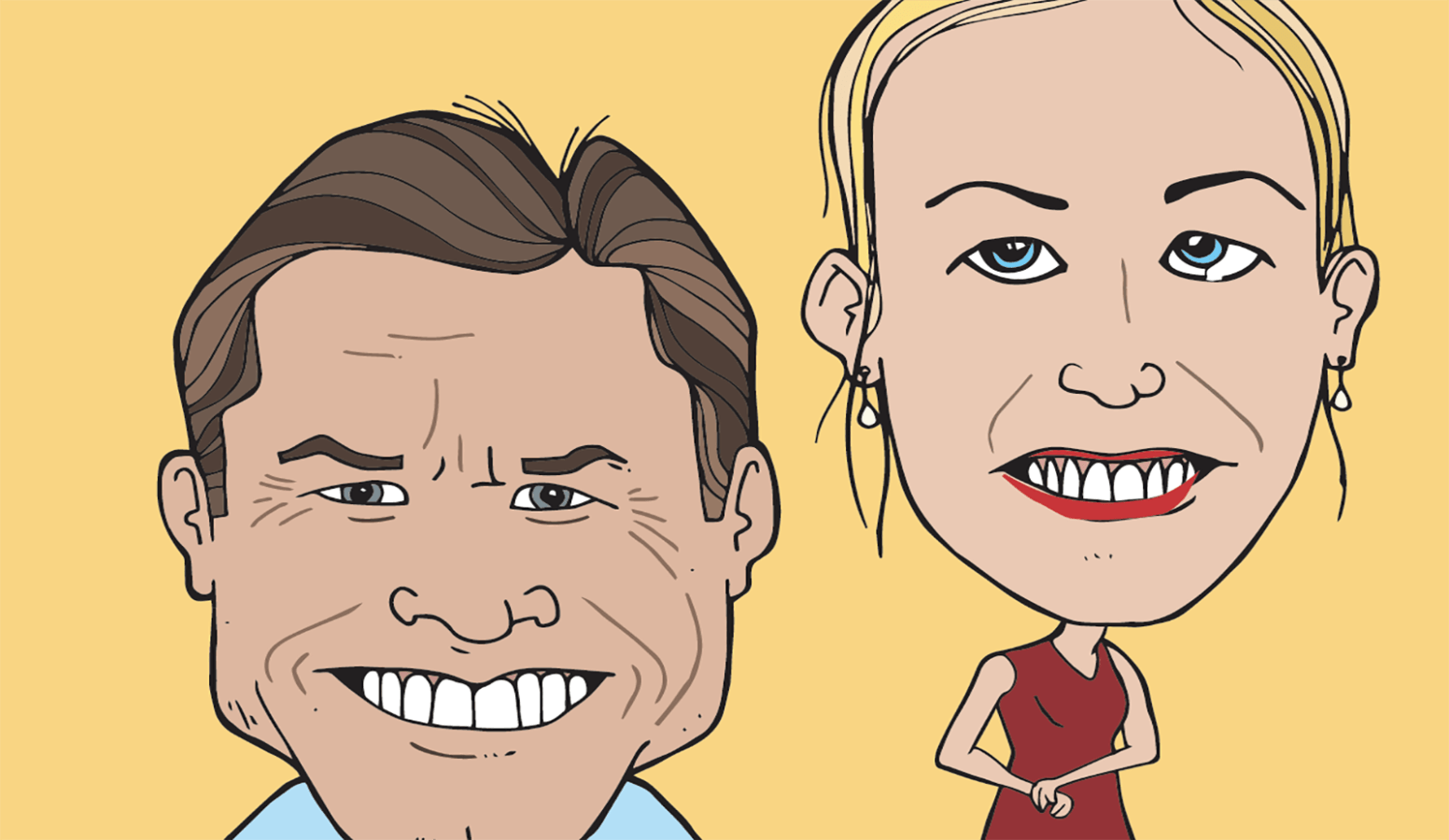 Who wants to be Napier mayor?

In the last three years, our little jewel on the east coast of ‘100% Pure NZ’ has gone from having crystal-clear, artesian tap water joyfully flowing from our taps, to gunky brown, manganese-laced, chlorine-smelling liquid, discolouring baths and hand basins in many homes.

Our council’s governance and decision-making process has become even murkier during that time as well.

Napier’s War Memorial was desecrated and re-branded a “Conference Centre” without public consultation. Napier ratepayers are currently staring down the barrel of at least $41m for a public swimming pool they didn’t ask for in a place they didn’t ask it to be.

Councillors have been led by the nose by unelected management.

Stand for mayor? You’d more likely think anyone involved in these matters would be running for the hills, chased by an angry mob wielding pitchforks and torches!

Yet, as I write this, three people have set their sights on the seat at the top of the NCC table. Our very own Game of Thrones, without the dragons.

BayBuzz asked their thoughts on some of Napier’s most prominent election issues.

The underlying problem with Napier’s “Three Waters” issue is that the city’s water infrastructure all needs replacing and upgrading before we could even think of removing chlorine from our water under new government watchdog guidelines. No mean feat given the size of the task and massive financial or health cost that ratepayers will inevitably have to bear.

What will you do to lead the city out of rusty-coloured running water? Is chlorine here to stay?

Chris Tremain has announced his plan for a mayoral taskforce on freshwater. “My aspiration is to remove chlorine from our water supply. The taskforce will expedite the removal of sludge and consider options to remove chlorine. Any recommendation will need to meet the Public Health Standards of the newly proposed Government Water Regulator. There will be full consultation with the community before any final decision is made by the full council.”

Kirsten Wise says “Clean drinking water is a basic human right. The people of Napier are fed up with dirty water and are sick of the talkfest about chlorine-free water – it is time for action. I have spent months talking to local water experts – scientists, engineers and well-drillers – to gain an understanding and learn as much as I can about our aquifer and water network. Based on this research I firmly believe that chlorine-free water is an option for our community.”

David Hannay is more sceptical: “Anyone promising to remove chlorine to gain favour will use this ‘Three Waters’ review as the reason why they didn’t do anything. Our water is the purist in the world. However, the standards are shaped by those who wish to gain control of the resource and are trying to justify their actions from the knee-jerk reaction to another situation (the Havelock North Water Crisis), which was caused by a whole different problem.”

“What’s the point of voting/making a submission, the council has already made its mind up” is an all too common remark these days from Napier people.

No Napier voter requested the Napier War Memorial to be removed, yet it was.

No Napier ratepayer suggested the Onekawa pools be demolished and relocated to Tamatea, yet that was what appeared in the council’s Long- Term Plan.

There have been plentiful examples of ‘the tail wagging the dog’ – council management leading councillors (and ratepayers) astray on numerous occasions – yet the majority of councillors seem complacent or complicit enough to let it continue.

What will you do to reinstate the democratic process into Napier governance and regain the trust that the council has lost?

Hannay thinks there needs to be a major change in how Napier’s council is managed: “Whoever becomes mayor must acknowledge this past council’s autocratic behaviour. An open review of projects from 2013 onwards needs to happen and to question if our council CEO’s KPIs are value for money. We need less management with more authentic community involvement and a working ethos where councillors are given the tools and freedom to grow without fear of reprisals.”

“I am constantly being told by people that they do not feel they are being listened to and there is a massive disconnect between the community and council,” says Wise. “I truly believe the role of the mayor and councillors is to listen and to ensure the public are setting the future direction for our city – not councillors and not the staff. I intend to take back control and lead a council which actively engages with our community.”

“Democracy is delivered by this election,” says Tremain. “A new council will constantly consult with Napier’s citizens to fully understand public sentiment. Complex issues, however, can be gazumped by slogans. In my opinion leaders must, at times, bravely vote for what is in the best interest of our city, despite popular opinion. Please exercise your democratic right at the upcoming election.”

Acting mayor Faye White claimed the court injunction made by Friends of Onekawa Pool would “threaten to undermine the democratic process to date”, but doesn’t bypassing public recommendation in creating the Long-Term Plan, then ignoring public petitions undermine it more?

It’s literally Napier’s $41 million question: Where do you stand on the Pool?

Hannay is against the Prebensen Drive pool case and thinks “it sits nicely as an example of council management manipulation… The same pattern that saw the closure of Napier Skating Club’s Sk8 Zone. Take a successful venture, ask for a meeting only to gain your intellectual property, then alienate the players from the public and re-brand that successive idea and thoughts as their own.”

Says Tremain: “I have announced ‘Time-out’ on Napier’s Pool decision. There are advantages and disadvantages for each currently proposed location which we need to better understand. I have reservations about moving the pool from a ‘much loved’ location, close to the heart of vulnerable communities. I also believe our city has other key priorities at this point in time. Back to the basics for me.”

Wise agrees council’s actions in pushing the Prebensen Drive pool site “undermines the democratic process”. She does not believe the proposed Prebensen Drive design adequately future-proofs Napier’s aquatic space needs, nor does the current Onekawa facility: “Wherever the pool is located, the overall pool space being provided needs to be seriously looked at and we also need to consider the Taradale Community Pool, which is re-opening early next year, and Ocean Spa as a part of this planning.”

Many New Zealand councils, including HBRC, have announced a ‘Climate Emergency’.

As a sea-side city Napier is particularly vulnerable to sea level rise, with lots of low-lying and reclaimed land. Our high sunshine hours and constant sea breezes could, potentially, be harnessed to generate renewable energy resources.

Should Napier declare a ‘Climate Emergency’ and what can the city do to protect itself from climate change? What local environmentally-friendly alternatives can you see being enacted in the next three years?

Tremain declares: “We need to take real action to clean up our environment and fight climate change. My environmental plan involves cleaning up our estuary by removing sewage spills and planting a bird/tree corridor. We will transition the council’s vehicle fleet to Electric Vehicles and set an aspirational target for our council to be carbon neutral ahead of New Zealand’s national target. I will personally lead solar, cycling, and walking initiatives.”

Hannay thinks short-term gain shouldn’t trump long-term targets: “When you are focused on forced excuses for economic growth over and above natural growth you are blind to anything that will slow down that process.” He says, “An example of this would be a port that will be built to still be operational and effective in 2050, while its access roads and the surrounding area only have a climate view of 1998.”

Says Wise: “Every single one of us has a responsibility to our future generations to work together to tackle the ever-growing threat that climate change poses for NZ. It is a very emotive issue, in some areas people’s homes are under threat and we must understand this and treat people with honesty, respect and trust. I think the local area councils can have the biggest impact with regards to environmentally-friendly initiatives and in the management of waste.”

Napier is quickly running out of space. With a surge of out-of-town buyers snaffling up houses in the city and prices and rents rising astronomically with demand, finding a place to live is a major issue for Napier (as is homelessness). As we ride the leading edge of a wave of business innovation and enjoy popularity as a place for families and business to move to, people need somewhere to go!

What are your solutions to Napier’s housing shortage and homelessness issues?

“The need for more social housing is a priority in both Napier and Hastings,” says Wise. “I am committed to ensuring council retains, if not grows, the number of social/pension houses it provides. Council is also working with a number of private developers, such as Marist Holdings Ltd who own the land above Mission Estate, to meet general demand.”

Tremain says: “We need a broad-based plan to address the housing issues in our city. This includes working closely with central government and the private sector to unlock the huge opportunity to build social housing on bare government land and under-utilised sections in and around our city. We will investigate the need for and funding of a city shelter to provide our most vulnerable a roof over their heads at night.”

“We are lucky to be living in one of the best cities in NZ, so everyone wants to move here,” opines Hannay. “However, rating people on fixed incomes off their property and with a goal of gentrification is not the way to do it!”

There you go. Just opinions on some of the big issues facing Napier this election.

If you have further questions of the mayoral, or council hopefuls … Ask them! With so many seats at the council table being vacated, this will potentially be one of the most transformative and interactive elections Napier has had in many years.

Please ensure you are enrolled on the Electoral Roll and vote this month. Napier’s future depends on it!