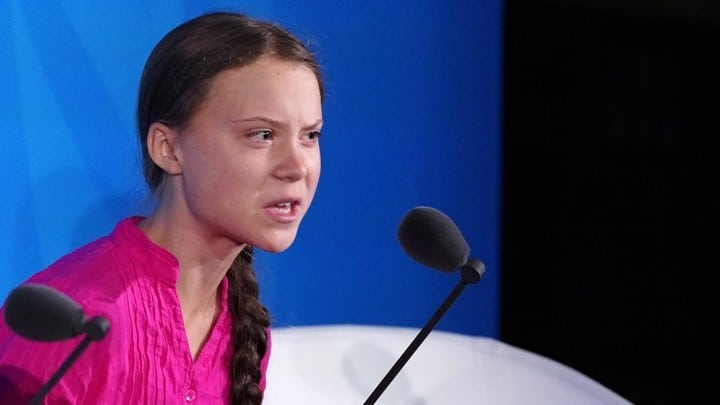 With the student-led School Strike 4 Climate coming up on Friday, I thought it timely to report on the survey on global warming BayBuzz recently conducted amongst our readers and Facebook followers.

While not a ‘random’ sample, with almost 450 responses, I think we have a decent snapshot of where the Hawke’s Bay public stands on the issue. On the nine statements that follow, respondents were asked whether they agreed or not (could also respond, Not sure). 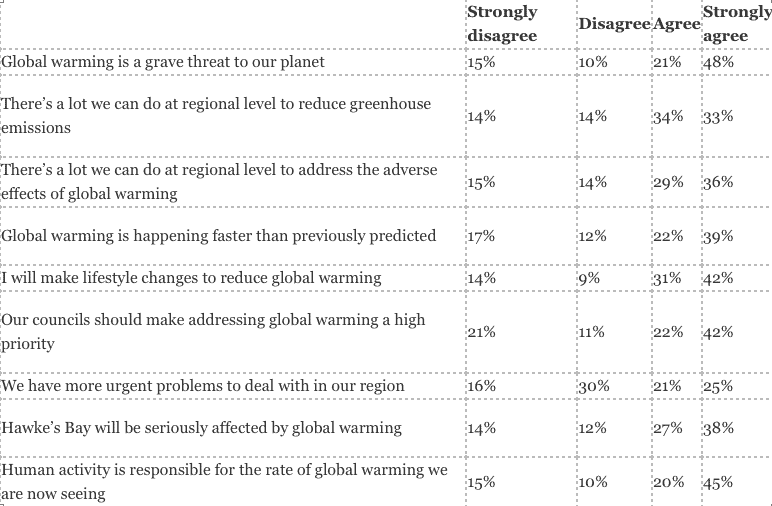 Personally, I believe global warming is an existential threat to our planet. We are certain to face massive ecological, social and economic impacts. And we need to confront this threat with urgency and with political leadership at all levels, supported by serious lifestyle changes. I expanded on my views in the Talking Point published in HB Todayawhile back (June 2019), and re-published following this ‘preamble’.

But it’s clear from this survey that not everyone agrees. Indeed, while 64% agree “Our councils should make addressing global warming a high priority”, 46% agree “We have more urgent problems to deal with in our region”.

In Hawke’s Bay, it appears that a sizeable consistent chunk of our population – 25-30% –  are not as convinced of the urgency of the threat, its impact on Hawke’s Bay, the priority our councils should place on the issue, or the impact we can have locally. In fact, 23% are not inclined to “make lifestyle changes to reduce global warming”.

This is a group I aim to better inform – hopefully to change some minds – both as a political leader and as editor of BayBuzz.

Of course the good news is that a solid 70% of the public seem ripe for mobilization!

Click here for my further thoughts as expressed in my recent Talking Point: Global Warming Represents a Climate Emergency(19 June 2019). But apropos of the Friday strike, here’s the conclusion.

“Personally, I believe we face and are handing our children an existential risk, as defined in the report mentioned above: “…one posing permanent large negative consequences to humanity which may never be undone, either annihilating intelligent life or permanently and drastically curtailing its potential.

“Humans are the most predatory species that have ever existed on this planet. We have looted the planet’s resources, bent other species to our needs, used up natural capital to the point of collapse. And we – that is, the present generation in control – seem to have plenty of appetite for more.

“Fortunately, this ‘gift’ we have prepared for our children shows signs of being rejected by them. Hopefully they will remain loud and persistent enough to inspire the social and political tipping point that must occur now if we are to avoid the climate tipping point at our very doorstep … not 20 or 50 years away.”

And to that end, our young people should not simply strike, they should rebel!

One response to “HB Divided on Global Warming”

What's the deal with rubbish, recycling?

Hastings and Napier councils have suspended their recycling operations and won’t be picking up bottles, plastic and paper in their…

Absolutely (and legitimately) need to get there and back? Regional GoBay public transport is continuing to operate on a weekend…