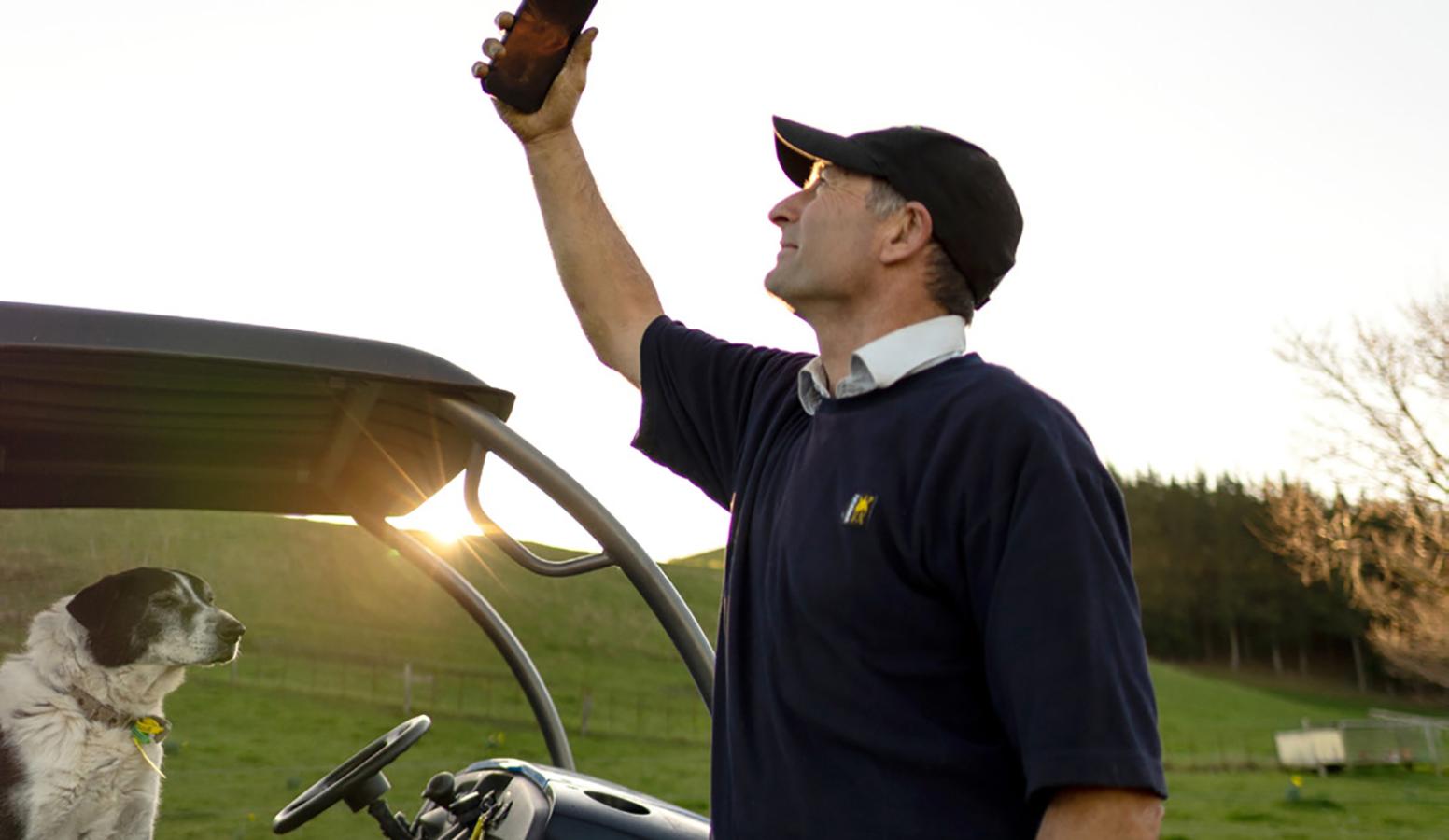 When BayBuzz phoned Hawke’s Bay Federated Farmers president Jim Galloway at his home five kilometres from Bridge Pa, he commented that if he’d been out in the field he probably wouldn’t have got the call.

The marketing assurance from Spark, Vodafone and 2degrees that their networks cover over 98% of the places where New Zealanders live and work sounds a little hollow when you head out into the vastness of our great rural backyard.

That remaining 2% can feel like a vast black hole as you head in any direction from the main centres of Hastings or Napier, with calls eventually crackling into incoherence and internet fading to dead pixels.

We’ve come a long way from first-generation brick phones used by ‘road warrior’ salespeople to the pervasive pocket-thin smartphones many of us are glued to today.

These mobile devices are multi-purpose, geo-spatially aware, voice activated, social media interfaces with apps for everything and hi-res still and video cameras that can broadcast live to the world.

The promotional hype and indeed the expectation is that we will be accessible online anytime from anywhere.

It’s frustrating, in an era when mobile digital connectivity is essential to personal and business communications, to find so many ‘mobile black spots’ despite the big three insisting they’ve got us covered.

A Canstar Blue article in December 2018, combined with more recent BayBuzz research, found Spark was dominant, but only slightly better, in more troublesome locations than 2degrees and Vodafone.

All carriers have coverage issues outside the main centres, particularly in coastal regions from Mahia to the Cape Coast and beaches further south.

The Napier-Taupo Rd, Te Urewera, Mohaka, Kaweka, beyond Bridge Pa down to Central Hawke’s Bay are often patchy at best.

Crown Infrastructure Partners (CIP) estimate there are 74,293 households and businesses throughout the country that can’t access rural broadband or cellular services including 4,089 in Hawke’s Bay.

Inadequate or non-existent cellular coverage has long been an issue in rural areas and the deeper you go into the rural heartland, the mainstay of our local economy, the more pronounced the problem becomes.

When BayBuzz phoned Hawke’s Bay Federated Farmers president Jim Galloway at his home five kilometres from Bridge Pa, he commented that if he’d been out in the field he probably wouldn’t have got the call. Was he happy with rural coverage around the Bay? Without hesitation he answered, “No!”

It’s a topic that comes up regularly at Federated Farmers’ headquarters as the advocacy group lobbies carriers and the Government to lift our rural communications capability.

So why is it important? Health and safety, day-to-day business and time management so you don’t have to wait until you get home to make and take calls with reps, agents or contractors.

Phone and internet coverage is increasingly important, but in wet weather copper internet access can be patchy at best and cellphone reception negligible.

Many have opted for dedicated wireless or satellite coverage to connect to the internet for the digital essentials of modern life in the primary sector, such as GPS or the latest market data. However, you pay a premium over cellular or standard broadband connections and there’s no voice.

Galloway concedes access to some lightly populated rural and hill country areas is always going to be a problem, but the need for instant access will only increase along with the “paper war” around compliance and best practice.

That includes online telemetry reporting to HBRC for water use from bores and participation in the legally-required NAIT (National animal identification and tracing) system that records livestock movements.

So much is now going online and the sooner coverage is improved the better, says Galloway. “It’s much better than having to write it down in the paddock and re-enter it when you get home.”

Alternative solutions are going to be needed in remote areas and some smaller providers are working on ways to achieve this.

Ben James, president of Hawke’s Bay Fruitgrowers says cellular access was a major issue for his membership up until about five years ago … today the Heretaunga Plains is pretty well covered.

He uses Spark at Puketapu where he works, saying the smartphone is now a vital tool for anyone involved in horticulture for water monitoring, business apps, and email along with digital camera capability and GPS to identify placemarks on Google’s Digital Earth.

Only three years ago a pen and clipboard would have been required to keep records, compare data and take pheromone readings in moth traps.

For those still struggling to connect, relief is promised through the Mobile Black Spots Fund (MBSF), which aims to improve the availability of mobile services to support safety on state highways, enhance key tourist destinations and emergency response capability in rural areas.

The goal is to roll out this infill coverage for all mobile operators before December 2022.

The programme is funded through a levy collected from telecommunications providers to deliver services where there are none commercially available or where they are currently unaffordable.

In December last year an extra $40 million was set aside from the Provincial Growth Fund to boost rural broadband and mobile coverage over the next four years.

Concurrently CIP signed $130 million in contracts to improve broadband to around 10,000 rural households and businesses, and to provide new mobile coverage to approximately 365 kilometres of state highways and 59 tourism areas.

As part of the arrangement, 17 regional Wireless Internet Service Providers (WISPs) are also looking at ways to cover a further 8,400 rural households and businesses who currently struggle with coverage.

It’s claimed East Coast/Tairāwhiti, Hawke’s Bay, West Coast and Manawatū-Whanganui will have close to 100% population coverage when the rural broadband expansion is completed.

The coverage issue may also be addressed by the new ownership of Vodafone NZ, which was sold for $3.4 billion in May to New Zealand-based Infratil and Canadian Brookfield Asset Management.

The Vodafone brand will be retained with talk of enhanced access to the telco giant’s offshore resources and new opportunities including moving the network to next generation 5G technology.

Vodafone continues to have the largest number of subscribers with 41% of the mobile market while Spark holds 37% including its Skinny brand.

2degrees piggybacked on Vodafone while it built out its network, but has now ramped up its own infrastructure with upgrades to around 300 towers and over 150 new dishes. It claims 98.5% population coverage and around 23% of the mobile cellular market.

As we’ve progressed through first and second generation networks and are now on 3G and 4G, obsolescence and fashion have meant there’s a regular supply of old devices for the junk drawer that eventually get binned or recycled.

By mid-2017 New Zealand had 3.8 million mobile phones with active internet connections, up 11% on the previous year. That signalled a tipping point with home broadband connections down 3% and the transition to mobile as the sole phone connection increasingly common. 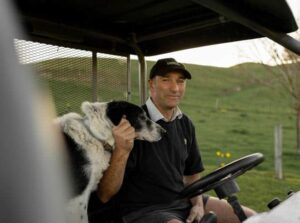 This information will be more difficult to track from internet service providers after this year as StatisticsNZ says it no longer has the budget to collect the data.

Just as we’re coming to terms with our device addictions, we’re about to take a high jump into next generation telecoms. We will be even more entwined in the internet of things (IoT), raising more issues about connectivity and privacy than our current privacy and copyright laws can possibly cope with.

Much of the world is already building and starting to engage with 5G networking, something our carriers are struggling with because of complexity, cost and uncertainty about who can provide the infrastructure.

It opens the way for ‘network slicing’, resulting in endless mini-networks between mobile and fixed devices that can connect to anything with a chip in it.

There are alleged health concerns; microwave technology damaging our DNA, creating stress disorders or causing cancer. And there are fears it will escalate the ‘big brother is watching you’ scenario most social media giants are already well advanced with.

Last December our Government Communications Security Bureau (GCSB) rejected an application from Spark to use Huawei equipment to build its 5G network, which it hopes to roll out from July 2020.

Chinese-owned Huawei already supplies 4G equipment for the Spark and 2degrees networks, but the GCSB raised concerns about the potential to spy on citizens through a ‘backdoor’ capability.

Despite Huawei committing $US2 billion to fix the ‘bugs and security issues’ identified by the UK government, and promising not to spy, the GCSB hasn’t yet been convinced to change its mind.

Australia and the UK already have commercial 5G services, including some Huawei equipment. The New Zealand Government plans to run an auction for spectrum early next year.

Vodafone insists it will have 5G operational in Auckland, Wellington, Christchurch and Queenstown by December that will optimally allow compatible phones to operate at ten times current speeds.

InternetNZ will keep an eye on how the technology is rolled out to ensure acceptable levels of access, functionality and affordability.

Brendon Fry, NOW’s head of marketing, doesn’t believe we’ll see a widespread roll-out of 5G to consumers until around 2022-23, despite the hype around what he believes is just another iteration of faster, more reliable mobile technology.

He expects it will be adopted as naturally as previous technologies like 4G, with the main consideration for upgrading devices being how the majority of Kiwi homes and businesses want to use the internet.

He says tests of unloaded 5G networks in the US show gigabit per second speeds. If you opt for high-end fibre, that speed is already available and Fry suggests most of us have no need for that kind of speed.

However, the 5G service may be ideal in a business environment to enable IoT with “exciting possibilities ahead”. So NOW is “keeping a close eye to improve how clients connect to critical parts of their business.”

When 5G does become available telcos may deliver a new kind of home and business broadband over their mobile networks, reducing their need to pay Chorus for fibre access and hopefully keeping prices down.

Meanwhile the Wireless Internet Service Providers Association (WISPA) is annoyed the Government plans to auction off part of the spectrum wireless providers use for solving rural connectivity issues to 5G providers while most of the advantages are still in the future.

WISPA chairman Mike Smith says it makes no sense to reallocate spectrum away from pressing needs in our major export sector just so “some online games can work a nanosecond faster or city people can connect their air condition to their car GPS”.

It wants full consultation before changes are made.

The reality is that 5G is not going to help improve coverage for rural residents who most need better service and initially it’ll only roll out in the CBDs of our main cities.

It will bring speed, resolve latency issues, enable more things to happen at once, but only in areas with sufficient access points on poles or buildings … and it looks like we’ll need a lot more of those.

Do we want our cities and towns littered with triple the number of independent cell towers and poles or will the main carriers agree to co-location?

Some serious town planning, environmental and health discussions will need to be joined alongside the concerns of the rural community.

Less Cash … the Future of Money