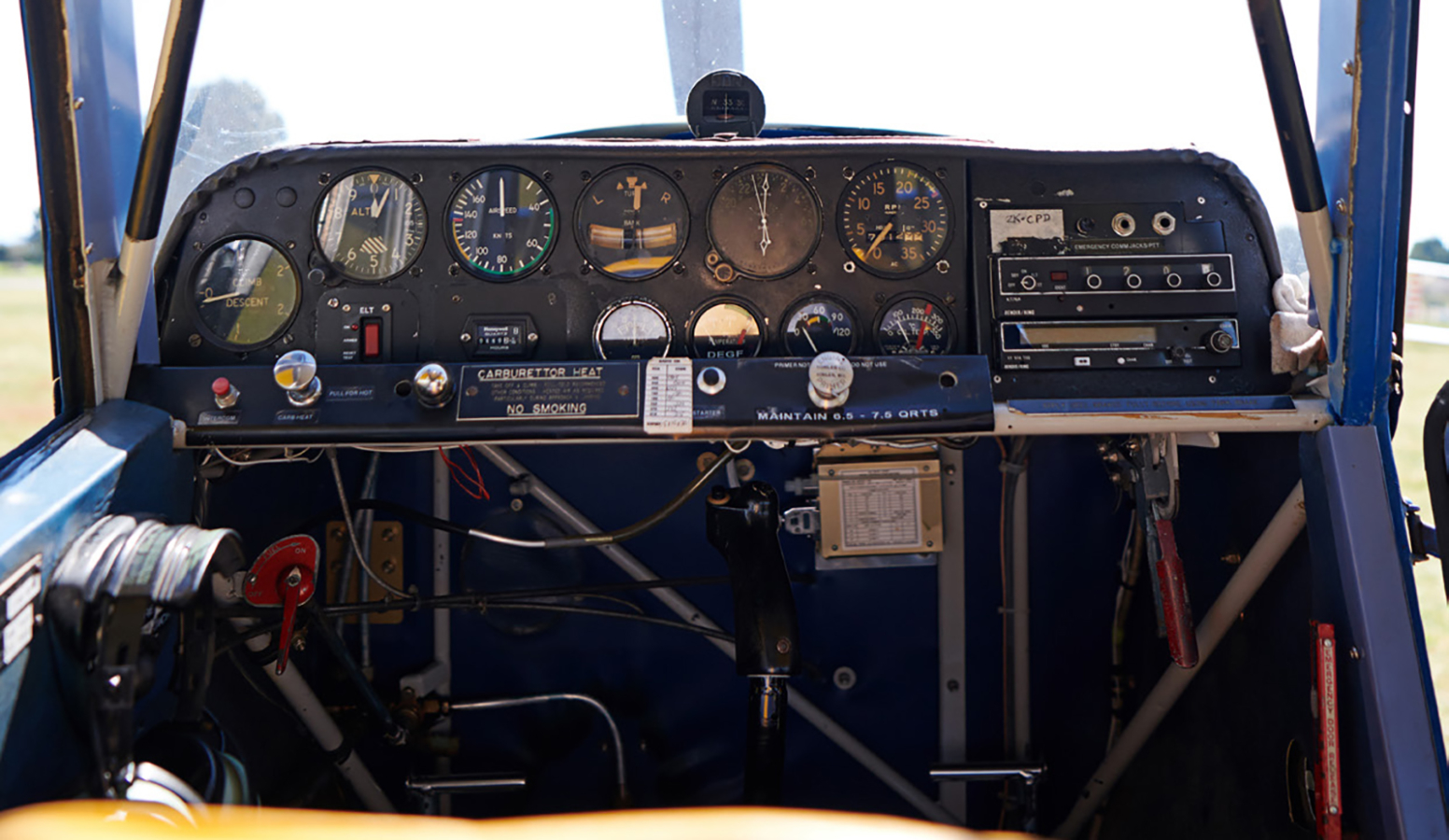 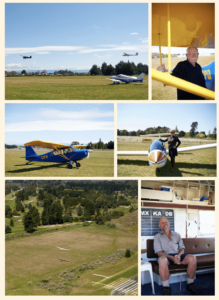 A photo in the archives shows a man in a glider at Bridge Pā, 1903. But for all the posturing, it seems he never lifted off the ground.

As local records have it, the first person to fly in Hawke’s Bay was 15-year-old Tye Husheer in Napier, 1915, who built himself a rudimentary flying machine from plans in a boys’ own annual. The Husheer family had immigrated from Germany four years before to pioneer the tobacco industry (first trialled in Paki Paki, then grown out in Haumoana), but with the country at war were now deemed enemy aliens. For reasons of ‘national security’, police ordered the teen’s ‘suspect’ handmade glider be destroyed.

The NZ Gliding Association was formed in 1931, with an active local contingent, but it was not until after the Second World War that gliding became an established hobby. The Hawke’s Bay Gliding Club (est. 1957) operated nomadically from Beacon’s Airfield (now Napier Aerodrome), Roy’s Hill, Ocean Beach and various farms, such as Joll’s (behind Te Mata Peak), before settling at Bridge Pā in the ‘70s.

Aero-towing (by tiger moth) was expensive, so launching initially involved a Studebaker station wagon, then a modified Bren Gun Carrier and winch.

Luckily today there’s a sweet little 1950s Champion Citabria to fly us like a kite into the blue. Florence settles in the plane behind Bruce to take photos, while, with a tonne of joking and some basic instructions, glider pilot Grant straps me into the fibre-glass Grob 103 two-seater.

Tied to the plane with a rope, we jounce across the grass behind it before lifting into the air. It’s a strange feeling being airborne in this toy-tiny capsule, pulled behind an aircraft that’s still gaining speed on the runway – wind whistles through an open window slot.

The plane in front jerks upwards, its wings dip and shudder as it navigates the textured air – seconds behind, our glider mimics those same motions. The rope goes slack then pulls taut as we bounce our way up to 3,500 feet.

We pass over the back of Paki Paki. On ground level it’s riddled with poultry farms and equestrian history (race horses, former stud farms and dressage arenas), spring lambs and cottage gardens. But all that I pick out from here are Bostock Brothers’ distinctive mobile chook ‘chalets’ and large bare paddocks waiting for onions. New Zealand is one of the largest exporters of onions in the world; Bostocks alone grows 300+ hectares of onions in Hawke’s Bay each year.

From high above, Heretaunga flattens out into a patchwork of patterns and circles. It really is like a flat-bottomed fruit bowl. The plains chequered by a criss-cross of manmade fencelines and horticultural rows, rectangular houses, all held geographically within concentric rings of hills, mountain ranges, ocean, the convex curve of the horizon itself.

The view is stunning, but I am also struck by how treeless Hawke’s Bay appears, how vulnerable. Orchards and vineyards are yet to bud into leaf – blossom is but a colourless haze – and the hills are bare, bare, bare. There’s a narrow ribbon of river; more visible, though, the limestone scoured bike trails.

Suddenly, the rope connecting to the tow-plane ‘snaps’; the plane becomes a speck in the distance then disappears, the world quiet but for the rush of wind as we soar like a seagull on currents of air, dropping down over Hastings’s urban sprawl and back over towards Mangatahi.

What stands out above the horticultural paddocks and neat rows of leafless orchards and vineyards, are two enormous covered blocks, ‘wrapped’ in what appears from this vantage to be an opaque white plastic. Blueberries – 79 hectares of them. I have always considered blueberries in more boutique dimensions and am astonished by this aerial reveal. Gourmet Blueberries Ltd on the outskirts of Flaxmere, I discover, produces over 600 tonnes of fruit per season (November – May) in these greenhouse-like, netted enclosures.

We hover for a moment directly over Mangaroa Prison – military, mandala-like arrangements of buildings. I’m told you can get good airlift here (the concrete radiates off pockets of warm air) but today, no luck. We continue in a steady descent, circling Hastings’ Omahu industrial zone as we zero down towards the broad canopied tops of trees and the manicured green at what was once described as a “howling wilderness of sand and pumice” but by 1974 had been “tamed” into one of the nation’s top-ranked golf courses. 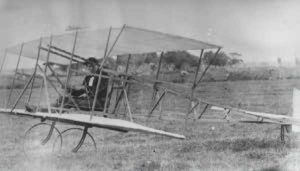 We’re skimming low over Hastings Golf Club now. Handsome mature trees rapidly ‘refresh’ in ever-sharper definitions of colour and structure; specks emerge as fully formed people, with golf clubs, caps and caddies, glancing up. We clear the wire fence, and there’s an exhilarating rush of grass and speed before we land with a clean bump back on Earth.

Focus adjusts back from bird’s eye to street view, the semi-rural open space of the aerodrome bordered by buildings, a road, a haze of distant trees, the Ruahine mountain range in profile, and above a fearless blue September sky.

I step out and let 14-year-old Hazel, who’s learning to fly solo, take the controls.

The Hawke’s Bay and Waipukurau Gliding Club (based at Bridge Pā Aerodrome, www.glidinghbw.co.nz) welcomes new members. Trial flights, ranging from 20-40 minutes in the air, cost $100-200, suitable for age 10 and up.