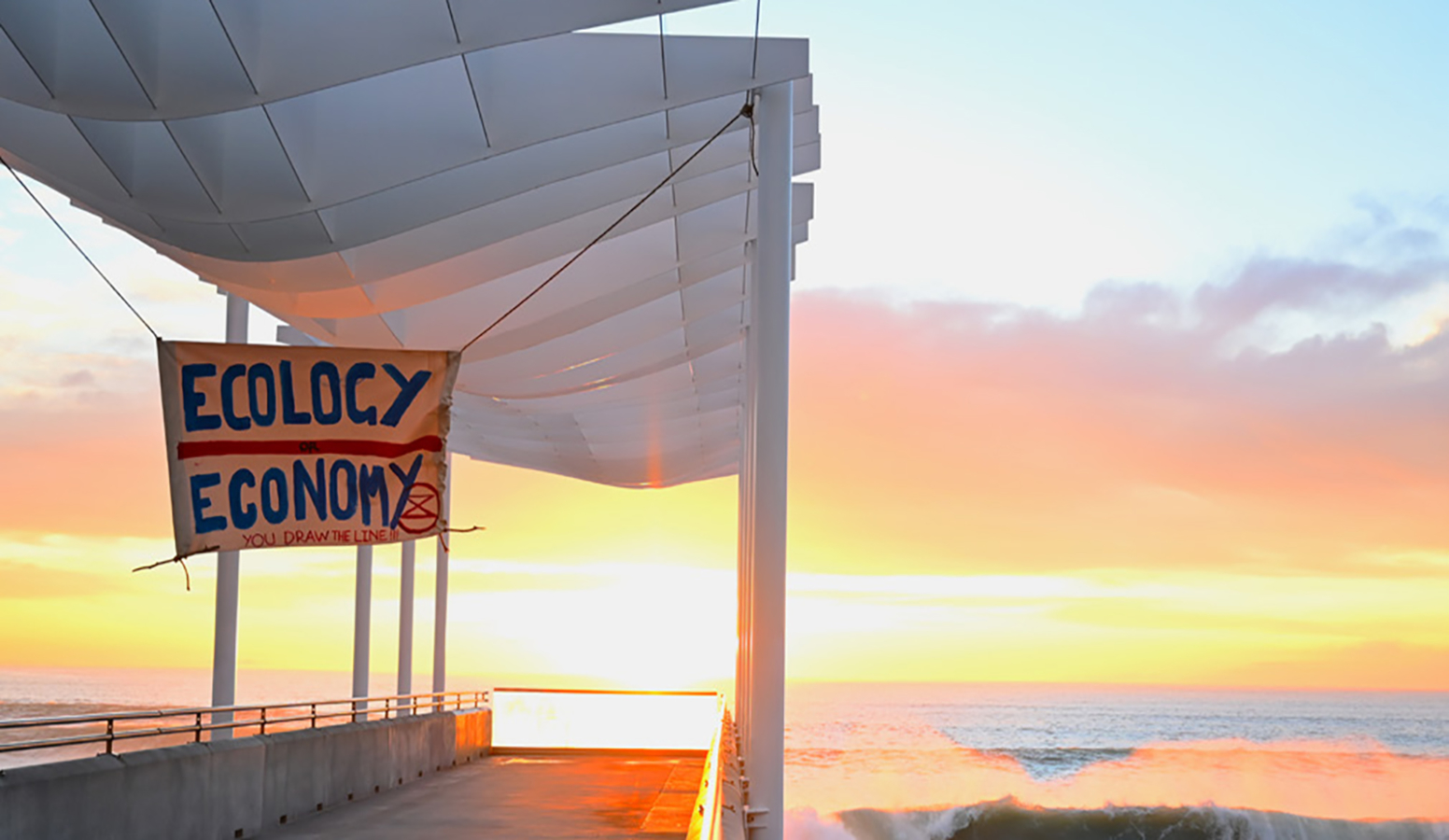 If I mention climate change will you stop reading? I think a lot of people would.

The reason is that it’s too often predictable, preachy and grim, long on rhetoric and short on practical solutions. When someone does say something controversial and thought provoking, they incur the brutal retort of an army of trolls.

A good example is Jonathan Franzen’s recent New Yorker article, ‘What If We Stopped Pretending?’ Franzen points out that we’ve known about global warming for about 40 years, but in spite of the growing evidence the CO2 emissions keep going up every year. We’re short-sighted and selfish and don’t show any sign of the personal and political will to halve (2010) CO2 emissions by 2030, which the IPCC suggests is necessary.

Franzen’s writing from a US perspective where the Democrat/Republican vote has been split roughly 50/50 for a generation. The Republican party don’t seem concerned with climate change and so the US cannot be relied upon for a suitable climate policy framework. Perhaps that is true of most democracies.

Other big polluters like China and India claim that as emerging economies they should be allowed a few more years of bringing the masses out of poverty before they go green. Vladimir Putin isn’t putting his hand up for Russia either and these four countries together comfortably make up more than 50% of global CO2 emissions.

Franzen notes that respected journal Nature says that “the carbon emissions from existing global infrastructure, if operated through its normal lifetime, will exceed our entire emissions ‘allowance’.” Given the wall of new infrastructure being built in the emerging world, we’re going to blow the IPCC targets and run the climate catastrophe experiment.

To some extent we’re victims of our own success. About a billion people have been lifted out of poverty over the last 20 years, mostly because their governments permitted capitalism. The emerging middle class in these countries aspire to live with western conveniences: a TV, air conditioner, smartphone and car. Their CO2 emissions are increasing in line with their wealth.

Franzen is told he’s not a scientist and should keep his mouth shut, but he’s not arguing with the science. He’s observing human nature and that of our political systems and indicating that meaningfully controlling CO2 emissions is most unlikely.

Franzen thinks we should try to reduce emissions. But he’s suggesting that peddling the false hope of salvation may be actively harmful. He proposes that rather than spending vast sums preventing global warming, we put some funds towards disaster preparedness and humanitarian relief.

In a world of finite resources that’s not a bad idea, particularly if governments make bad investment decisions. They have some history. The US subsidy for corn-based ethanol made farmers richer and people in the third world hungrier, but didn’t actually reduce CO2 emissions. It turns out you burn a lot of fuel to grow corn.

In New Zealand we have the billion trees initiative, which sounds like a gargantuan carbon sink, unless the trees are all planted by capitalists who then cut them all down in 30 years – just when the planet is really heating up.

Some things we should try, but they probably won’t work.

Top of the list is you personally actually halving your CO2 footprint. That means halving your car usage, having fewer showers, halving your meat and dairy consumption and buying a $2 carbon offset each time you fart. You see, realistic economists say that we can only meet IPCC objectives if we meaningfully reduce our standard of living.

No politician is yet brave enough to tell you that. They know you only want to cut by 5%, not 50%. Some argue that green energy from solar or wind could allow us to retain our creature comforts, but so far these make up less than 1% of global energy production and are only forecast to make 3% by 2030.

We should also try to establish a global carbon tax, but that will take decades and may never be achievable.

This message might sound as gloomy as a Greta Thunberg Christmas carol, but there are actually some potential solutions to climate change. I can’t promise you’ll like them though.

There are two realistic pathways to address climate change. The first is something NZ can really do well. We should plant trees that we won’t cut down.

New Zealand already has 29% of its area in forests and 80% of that is indigenous, but we could do so much more. One initiative already embraced by our regional council is to plant riparian strips alongside rivers. Instead of demanding the fencing-off of rivers, subsidise them being hedged-off and for the planting of trees and shrubs beyond the hedge.

There is a great deal of relatively unproductive farmland too and many of our farmers have invested in revegetation projects. Government should provide further incentives to encourage such initiatives.

The other strategy is to invest in technology.

The ‘Sceptical Environmentalist’ Bjorn Lomborg thinks conventional initiatives like the Paris Accord are probably not good value for money. His modelling suggests it will cost us something north of US$100 trillion by 2100 but only moderate global warming by about 0.25C. He suggests investing in technology instead. Perhaps sensible, as putting money toward things that could make you rich while fixing the environment is politically more palatable than paying fines and reducing our standard of living.

Radical new technologies are emerging, but while we wait for them applying old tech could also work.

In the US natural gas has now supplanted coal as the leading source of power generation. The new natural gas plants do deliver the magic 50% reduction in CO2 emissions when compared to old coal plants that are being decommissioned. Burning less damaging fossil fuels isn’t going to get the positive press it might deserve, particularly in this US example where it has been significantly facilitated by fracking. But if the dire consequences of global warming are so important, then maybe we do face ‘the lesser of two evils’ scenario and unpalatable options should be put back on the table.

Of all the big polluters, I’m the most optimistic about China addressing their issues.

Implementing difficult policies is a lot easier in a totalitarian state. My recommendation to them is ‘Go Nuclear’, a suggestion that makes idealistic Kiwis gasp in despair. Nuclear energy is probably the only existing technology that can radically change global CO2 emissions and it should happen in China.

China runs on coal, which is by far the most polluting of energy sources. China produces and consumes vast quantities; more than the next ten biggest coal producers combined. They are the biggest CO2 emitters on the planet and the World Economic Forum says they are heading towards double the CO2 emissions of USA.

What few understand is that, of the main energy sources, nuclear is statistically the safest; safer even than biofuels. When you include the impacts of air pollution there are 962 deaths related to coal for every 1 caused by nuclear. The statisticians are careful to point out that coal deaths are small and often, while only one single nuclear event might change these statistics quite dramatically.

Still, if you really think this is a climate emergency or the beginning of mass extinction, what are you prepared to compromise to avoid it?

In the first instance, let’s give a little air to Franzen and other heretics. Casting the net wide in terms of ideas and opinions is a good idea – even if it riles us a little.