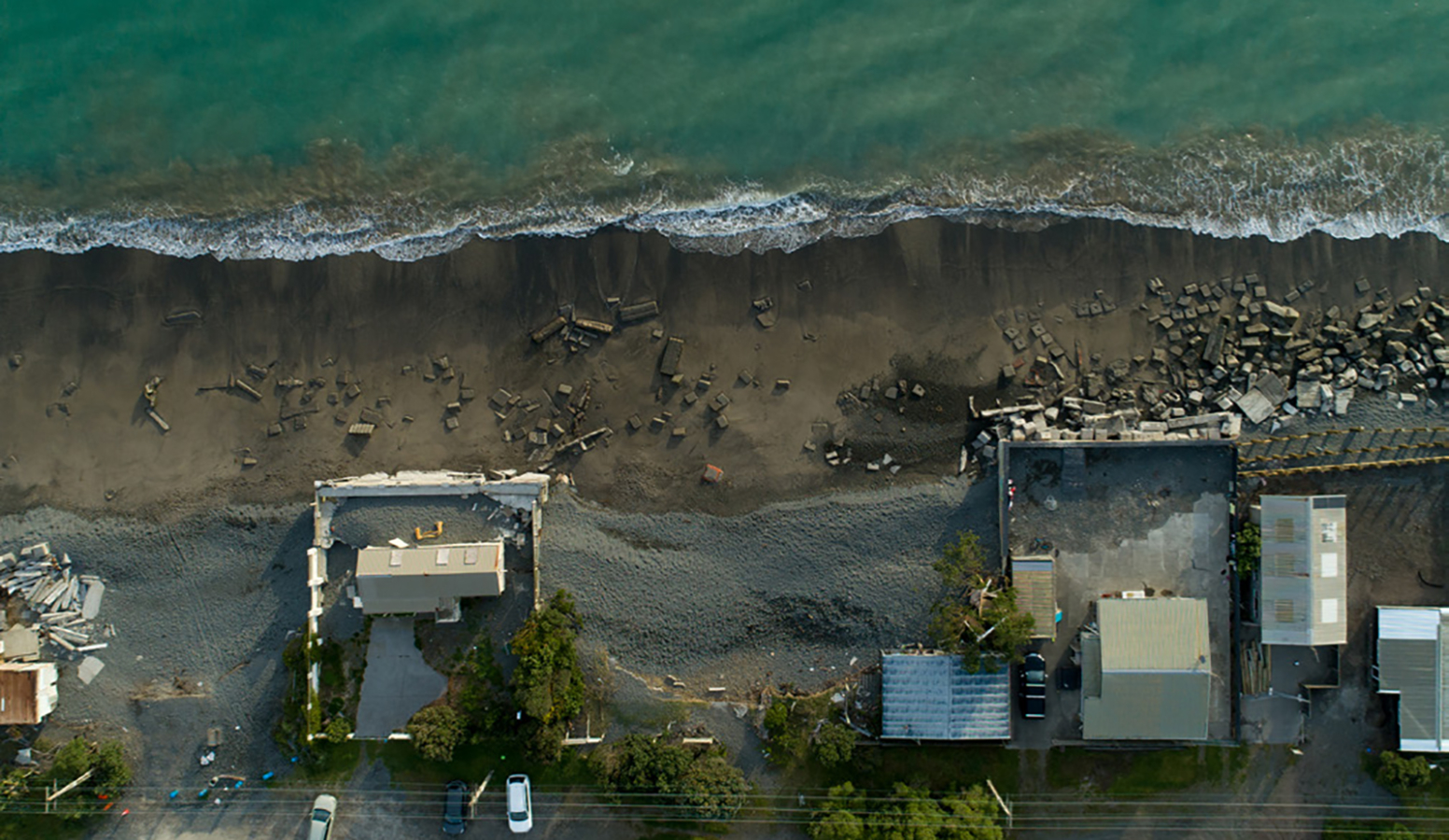 And inland residential property is outperforming coastal locations, as could be expected given climate change.

The September United Nations Outlook Report is dramatically entitled, The Heat Is On. The report says: “The impacts of climate change have been growing; often with terrifying results, ranging from wildfires, droughts, flooding, and hurricanes to sea-level rise, ocean acidification [and] the melting of the permafrost.”

The UN reports that temperatures have increased about 1.0°C compared to “pre-industrial [levels]” and that “the last four years were the warmest on record [and] July 2019 was the hottest month of all.” It further reports: “There are ever starker signs of harm caused by climate change. Coral reefs are dying, Arctic sea ice is shrinking, sea levels are rising, [and] droughts, floods, and hurricanes grow more severe.”

Climate change is a tough reality and Hawke’s Bay is far from alone in its coastal plight. Coastal challenges and retreat are worldwide topics, including in the United States. In July, the US organisation Climate Central published its updated report, Ocean at the Door: New Homes and The Rising Sea. The report addresses sea level rise-related coastal flood risks to US housing. It rather grimly prophesises that “unchecked greenhouse gas emissions would expose 3.4 million homes worth US$ 1.75 trillion to a 10% or higher annual risk of flooding by 2100.”

The Hawke’s Bay Coastal Hazards Strategy sets about to address the next century of climate change effects for our coast. It considers coastal hazard mitigation initiatives, including sea walls, groynes, and beach nourishment. An intergenerational coastal defence ‘contributory fund’ for Napier-Hastings communities has been suggested by a councils’ joint committee developing a Clifton to Tangoio Coastal Hazards Strategy. The committee mooted a $15 annual rates charge by each council to fund community infrastructure protection. Given the nation-wide scale of the threat, it is hoped that central government will eventually come to the table as a coastal defence funding partner. The three Councils meanwhile continue refining their planning work.

In December 2016, Hastings District Council committed to a Clifton beach seawall at a cost $2.8 million over 35 years, financially partnering with the Clifton reserve society, the marine club, and the adjoining landowner.

The seawall, or rock revetment, is a ‘hard engineering solution’ and part of Hawke’s Bay’s coastal protection plan. Clifton’s rock sea defence was completed this year.

The Walking on Water pressure group made a case to Hastings District Council for a Clifton style revetment at Te Awanga to protect private properties and public infrastructure, including services and road access. Dr William De Lange, of the University of Waikato Earth Sciences facility, says engineered sea defences are “at best a temporary solution”, as they ultimately need to be rebuilt. That said, some sea-facing structures in the world have been enduring the elements for centuries, including Netherlands’ sea defences since 1250.

In 2017 an impasse between Hastings District Council and a Haumoana landowner concerning a potentially illegal seawall ended without prosecution. The wall, which was considered to be unconsented, will be allowed to remain. 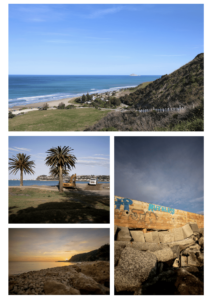 Some suggest that Clifton and Te Awanga coastal erosion is a natural phenomenon due to a lack of replenishment material from collapsing Cape Kidnappers’ cliffs. It is possibly the result of about 1.0m subsidence following the 1931 earthquake, and less frequent severe north-easterly swells. The hypothesis is the beaches’ realignment is a natural occurrence.

Westshore Napier beach erosion causes are not agreed. The weight of science-based opinion says the 1931 earthquake is the primary culprit. Others suggest Napier Port’s 1983 breakwater extension and dredging of the main shipping channel are possible causes.

Hohepa has occupied 22 hectares near Clive since 1960, situated between the mouths of the Clive and Ngaruroro Rivers. Recently Hohepa decided its low-lying land is increasingly unsafe due to more regular severe flooding, and that retreat is prudent for its 60 residents. The Hohepa relocation to Poraiti will take five years and is budgeted at $10.5 million.

Regardless, real estate situated right by the ocean – if not almost in the sea on some days – regularly transacts. At Haumoana, since late 2018, five right-on-the-beach properties changed hands for $75,500 to $188,000. Compared to most Hawke’s Bay residential property, however, the values are modest.

As for other Hawke’s Bay coastal residential property sales, our analysis shows that for coastal Bay View, Westshore, and Waimarama, median residential values over 15 years escalated by 83% to 131% (4.1% to 5.7% per annum). This value change falls short of Te Awanga, although are much stronger than Haumoana and Clifton Road’s negative growth beachfront stretch.

Mahia beach over 15 years shows 3.3% per annum median value growth for residential properties, including baches. The annual value of sales was higher by $3.7 million (2003 v. 2018). For other Hawke’s Bay coastal locations, including the Central Hawke’s Bay’s beaches, the sales samples are insufficient for meaningful analysis.

The residential property market drivers are nuanced and influenced by many factors. The rate of value growth for relatively scarce Hawke’s Bay beachfront property has generally not – as might have been be expected – outperformed more abundant inland competitors. The prospects of superior price performance for close-to-coast property could in some cases be fading.

It is fair to say for acutely affected coastal locations’ residential property, the tide has been outgoing for over a decade. Market competition increasingly is discounting for the threat of erosion and inundation in oceanfront situations, relative to other housing options for Hawke’s Bay.

The increasing frequency and severity of storms and flood events is a headache for coastal and ocean-affected riverside communities everywhere, as well as councils, central government, and the whole community. If rising sea-level predictions become reality, the double-whammy effects could cause the headache to morph into a migraine of epic proportions. Many Hawke’s Bay communities are feeling this already, including tragically the wonderful cause that is Hohepa. The cost financially and socially is great.

Pat Turley is a Hawke’s Bay-based property strategist and valuer at Turley & Co. He is a volunteer organisations board member and chair of the Maraetōtara Tree Trust. The property stats cited are a portion only of data assembled. The contents of this article are not for property decisions reliance. Refer to www.turley.co.nz