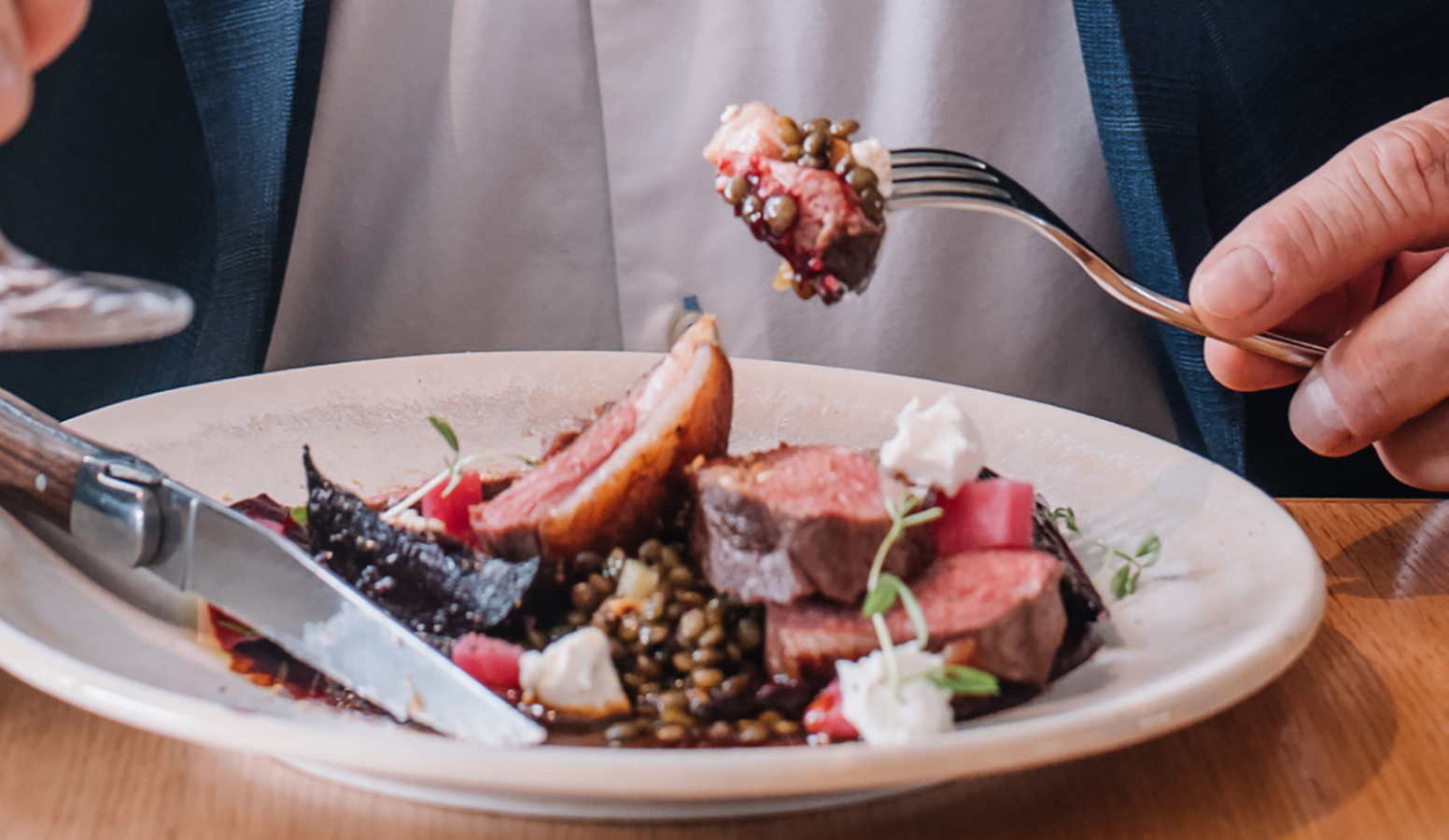 The subject was red meat, and the risks (or not) consumption of red meat pose for us humans.

On the one side was the longstanding convention holding that red meat is a ‘no-no’ to be avoided as a threat to heart health.

On the other side was release of four new ‘meta-studies’ (i.e., a review assessing all major related studies on a given topic … in this case the health effects of eating red meat) published in the Annals of Internal Medicine. The three-year effort by researchers in seven countries reviewed 134 studies inquiring into whether eating red meat or processed meats affected the risk of cardiovascular disease or cancer.

Their finding was that the warnings about red meat consumption were over-stated and indeed not grounded in the hard evidence.

As the NY Times summarised: “In each study, the scientists concluded that the links between eating red meat and disease and death were small, and the quality of the evidence was low to very low.”

“That is not to say that those links don’t exist. But they are mostly in studies that observe groups of people, a weak form of evidence. Even then, the health effects of red meat consumption are detectable only in the largest groups, the team concluded, and an individual cannot conclude that he or she will be better off not eating red meat.”

The authors of the new studies assert that there is no compelling evidence that reducing consumption of red or processed meats will be beneficial to an individual. Supporting this assertion, a past editor of the American Journal of Clinical Nutrition observed, referring to longstanding dietary guidelines urging people to eat less red meat: “The guidelines are based on papers that presumably say there is evidence for what they say, and there isn’t.”

Meantime, critics of the studies used terms like “fatally flawed” and “irresponsible and unethical”. A group of Harvard scientists warned that the new conclusions “harm the credibility of nutrition science and erode public trust in scientific research.”

Other commentators concede that while any individual might not be at higher risk from higher red meat consumption, over large populations one can begin to see public health impacts.

In other words, eating red meat might not pose any greater cancer risk to you individually, but it might adversely affect 35,000 out of 5 million New Zealanders, with broader consequences for the health system and social costs.

The American Heart Association challenged the review methodology and called the conclusions “questionable”. More on the methodology issue below.

“We build our guidelines and our consumer-friendly programs and information on the preponderance of scientific evidence. All American Heart Association guideline-writing committees actively review information from the science community, government agencies and others regarding new developments to ensure American Heart Association guidelines, statements or other updates will clearly and thoughtfully address the issue. We support the call for more high-quality research studies and ongoing dialogue that will help the medical community continue to provide the best possible science-based advice to consumers and patients.”

The media abroad have had what one might call a feeding frenzy on this dispute. And it’s not likely to end soon.

Nutrition experts and scientists will have a field day digesting and explaining the conflicting claims. But most seem to agree that coming up with rock solid evidence is nigh impossible.

The core research problem is methodological. How do researchers actually conduct the kind ‘controlled studies’ where the participants can be 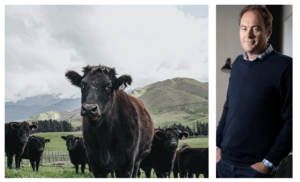 And even if this can be managed, how can the single factor (e.g., red meat consumption) be isolated from other factors that would influence the effects – was that red meat with or without fries, cheese or mayo, or a bun? And what about exercise patterns? And so on.

Given the evidential difficulties, what are we omnivores (Oxford: an organism that eats both plant and animal matter) supposed to do?

Nutritionists generally prefer to treat their clients as individuals – their mantra, in a nutshell, is different strokes for different folks … nothing in excess … meet essential nutrient needs.

Says local nutritionist Hazel Thomas: “I would evaluate my client’s needs based on their health condition, their dietary preferences, culture and nutritional needs.” She gives the example that many people are deficient in zinc. “The two best sources are oysters and red meat. Adopting a diet low in sugar, eating lots of vegetables, sleeping enough and exercising, will have more benefit in the long-term than giving up your grass-fed beef, if it’s something that works for your constitution.”

She notes the limitation of research that looks at the collective rather than the individual. “Some people are better suited to eating red meat, while others aren’t. The Plains Indians had a diet predominantly based on buffalo and had the highest number of centenarians in history. There are other cultures who mainly eat vegetarian and live to ripe old ages.”

But also cautions: “Making a broad statement that people should continue their current consumption of meat is ill informed, particularly when it comes to processed meat. We should be considering the quality of our meat, whether it is grass fed, organic or processed. Bacon, ham, salami and cheap sausages are usually filled with salt but also preservatives and additives.”

Consumers should be aware of the trade-offs if they choose meat alternatives for health reasons. Elsewhere in this BayBuzz (see her article, Food Myths), local soil expert Phyllis Tichinin takes a crack at synthetic meat.

Her concerns are echoed by Mary Ellen Camire, a professor of food science and human nutrition at the University of Maine. Commenting on the AHA website, Professor Camire says: “Iron from beef is very well absorbed, but plant iron not so much so … The big thing is vitamin B12 because you can only get that from animal products or supplements. So for some people, that is a risk factor. They may be at risk for developing anemia.”

She continues: “A lot of them (synthetic meats) are designed so that they are more comparable to some of the more structured proteins, but they’re a blessing and a curse. It might have as much protein as the real meat, but it probably has a lot more sodium, and it may even have more saturated fat … Some of the fake burgers are actually putting little globs of coconut fat in there to make it juicy when you bite into it.”

A NY Times health reporter comments: “The Impossible Whopper has 630 calories versus a traditional Whopper’s 660. It also contains similar amounts of saturated fat and protein, and more sodium and carbohydrates. No one should think they’re improving their health by making the switch.”

As Phyllis asks in her article: Is that what you want for your kids?

My news appetite whetted, I went to learn more from First Light’s co-founder, Jason Ross, whose starting premise is clear: “We have evolved to eat red meat.”

That said, he continues: “A person’s relationship to red meat is being redefined” and “we want to help them redefine that relationship … We aim to deliver the very best version of red meat” recognising that some will simply opt out entirely. The “very best” to First Light involves flavour, health attributes, and environmental stewardship. Here we focus on health.

The First Light study was conducted by the Liggins Institute at the University of Auckland as part of a High Value Nutrition (HVN) National Science Challenge (NSC) project, led by AgResearch and co-funded by First Light.

Exclusively focused on middle-aged men, each participant was given a total of 500g of either grass-fed Wagyu beef, regular beef, or soy protein, spread over three portions per week. Participants were told to avoid other red and processed meats during the trial. At the end, all three groups had improved their cholesterol. The group consuming the 100% grass-fed Wagyu measured the greatest cholesterol drop, a bit over 20%, from an average of 7.0 to 5.5 mmol/L.

The study concluded: “… eating Wagyu three times each week for eight weeks had no negative impact on the risk factors of heart disease, including cholesterol levels and blood pressure. Our research demonstrates that as part of a healthy lifestyle, enjoying premium New Zealand grass-fed Wagyu beef is not detrimental to heart health in men.”

I hear all the reservations: co-funded by First Light (obviously commercially interested in the outcome), short term, limited scale, unclear control over other factors, self-reported data, did they adhere to diet, what else affecting cholesterol might they have eaten or not eaten while participating, did their exercise change.

So, not the most robust nutrition study ever conducted, with the same fundamental limitation as every other such nutrition study – humans can’t be controlled and tested like lab rats!

But First Light was ‘hands-off’ and the “indicative” results, as Jason Ross would put it, are supportive of the marketing story First Light wants to tell as it expands in the discerning high-end West coast US market. Another study conducted for First Light indicates that its grass-fed Wagyu beef has the best Omega 3:6 ratio of any beef in the world tested. More Omega 3 is deemed to reduce the risk of depression, Alzheimer’s and early-onset dementia.

A lot here to digest. And then there’s the environmental impact of red meat production versus other synthetic and natural protein foods. A worthy subject for another BayBuzz article!

But as for health, for me, a dedicated omnivore, I’m prepared to go with the wrap-up offered by local nutrition guide Ben Warren:

“For me the issue is a lot more complex than whether we should just eat meat or not. What’s the quality of the meat, how was it grown? What’s being eaten with the meat? Does an individual have a well-functioning stomach to break down the proteins in meat? Etc. The short answer for me is I think meat can be eaten in a way that contributes to our health for most individuals.”

A Raw Deal for Raw Milk?

Seven agents quickly alighted, three of the burliest secured the immediate perimeter while four inspectors, on presenting a search warrant…