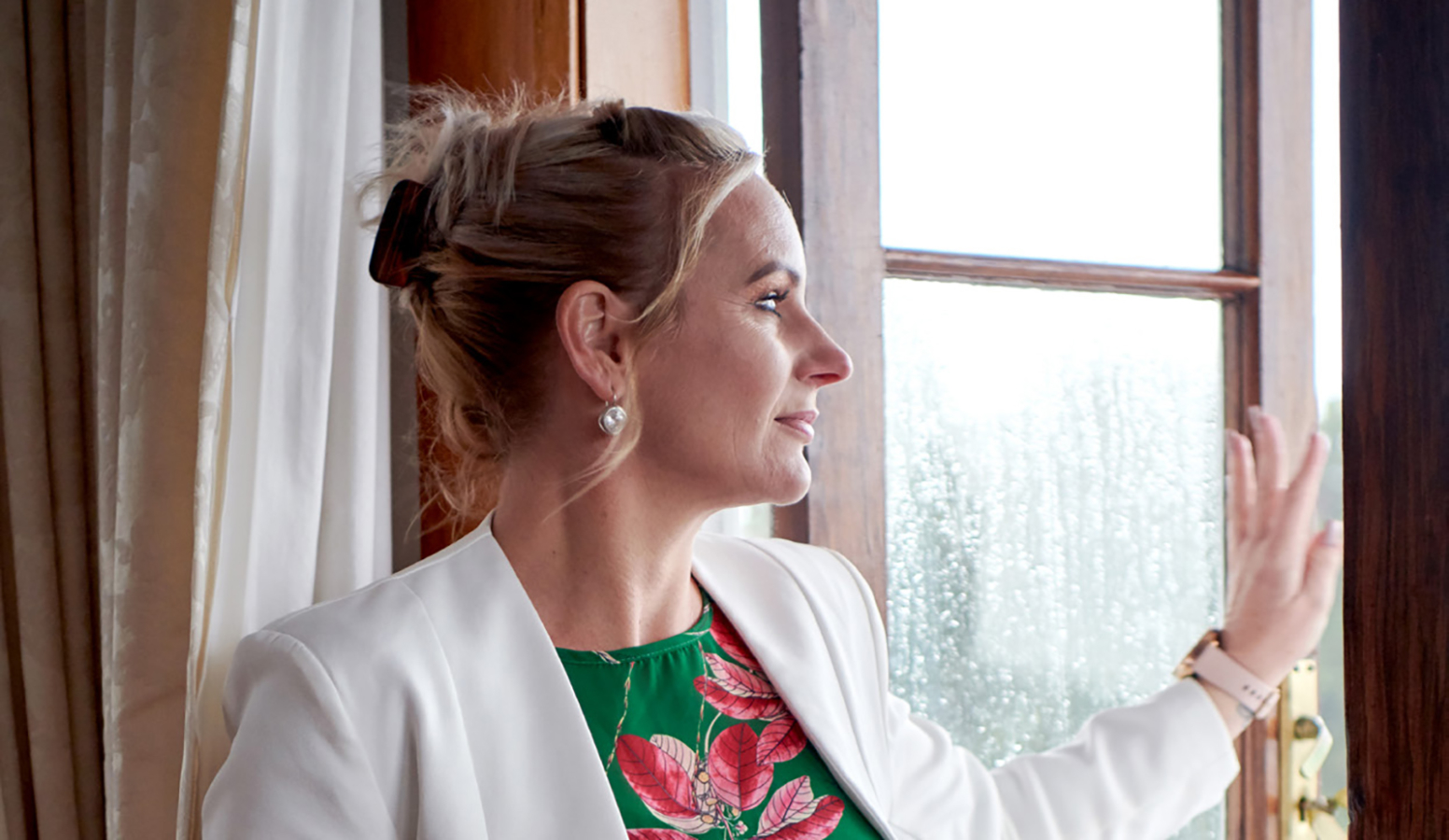 To say Kirsten Wise’s election win as Napier mayor was emphatic would be an understatement.

Everyone, including Wise herself, had expected a closer result, but the result was a landslide, or perhaps a ‘tsunami’ would be a more fitting metaphor, given water was the main issue facing all council aspirants.

“‘Water’ is the first word out of every person’s mouth in Napier at the moment,” Wise says. “And we now have a council resolution that water is our top priority, so that has to guide where you are putting your money.”

“The first priority with water is the dirty water, as opposed to the chlorine. We’ve got the likes of Tamatea, Onekawa and Pirimai where residents are reporting dirty water incidents three to four times a week and that’s unacceptable. It’s something we need to get moving on and get resolved as soon as possible.”

Wise has said in previous interviews that she thinks chlorine-free drinking water is an option for the community and is keen to catch up with Christchurch City Council to see how they have been going in their process of dechlorinating their system, following the chemical’s introduction to their network after the city’s 2010/11 earthquakes. And potentially following their lead.

But she says it’s really difficult to talk timeframes.

“At one stage someone was saying ‘Chlorine out by Christmas!’ Well that’s not going to happen, that’s not the reality.”

“I’ve spent the last two years talking to local water industry experts and what I’ve learned from them has given me the confidence that we can remove the chlorine,” but there is some work that needs to be done.

She wants to get a group of water experts together from both sides of the chlorine debate and have them present their cases to Hawke’s Bay councillors, which will then give councillors an opportunity to ask the experts questions directly.

Wise says she has “been careful the whole way through my campaign never to promise the removal of chlorine from Napier’s water system, because you can’t make that promise.” But she wants to invest in testing Napier’s water infrastructure in relation to the dirty water and chlorine.

“We are saying that our pipes are all rubbish at the moment, but we don’t actually know that. There is technology we can invest in that will run through your whole network and then you actually do know what you’re dealing with and then you can cost it, take that information to the community and move forward from there.”

“If we can’t be chlorine-free we will at least know why.”

NCC has already identified $8 million worth of water projects than can be brought forward in the next 12 months.

When it comes to other end of the ‘Three Waters’ puzzle NCC management has been at loggerheads with Hawke’s Bay Regional Council over the release of stormwater and wastewater into Pandora Estuary and NCC’s speed of remediating this problem, so the new mayor and council’s relationship with the likes of HBRC will be very important.

One of the biggest criticisms of Napier City Council over recent years has been from the perceived mishandling of public consultation and interaction. Council’s ‘we know what’s best for you’ mentality over issues like the future of Onekawa Pool, Napier’s War Memorial and Sk8 Zone have badly tarnished the Napier public’s perception of their council and elected officials.

Wise acknowledges that many of the sticky situations NCC currently finds itself in, like the recent High Court case over public pool consultation, “are because of the council’s processes”.

Those ‘processes’ predominantly relate to how council management and staff operates and interact with the elected councillors. If there is a culture issue within Napier City Council’s staff and management, that starts and ends with the CEO.

Wise says she has been very open about how she thinks the council needs a full culture review, “So that’s a conversation I will be having with the chief executive to get the wheels in motion on that.”

“As a mayor and councillors, we employ one person – that one person is the chief executive. It is his role to take direction from us and that is what I’m going to ensure is happening going forward.”

With such a clear democratic mandate from the community it is surely very hard for management to argue against that.

She is “100% confident in the new council that has been elected” and has plans to get them all together as soon as possible in a councillor-only strategic retreat.

The new council has a significantly lower average age compared to its previous incarnation, with three new councillors in their 30s and has a 50/50 male/female split.

There was no space available for councillors to work or meet in the current council buildings, which made it “difficult for us as a group of governors to be unified.. So, the first step for me is working on the culture and unification on this new group of governors and that will flow onto building a relationship with the CEO and the rest of the senior leadership team.”

“To move forward as a council we all need to be far more unified.”

And it’s not just an introspective unity mayor Wise has in mind.

When it comes to working together with Hawke’s Bay’s other councils she thinks “we have come a long way in working together as a region in recent years and it’s vital we’re all on the same page.”

When it comes to NCC’s contentious ‘gagging’ Code of Conduct, Wise has alterations in mind to put forward at the first full council meeting when the city’s elected officials take their oath of office and have the once-in-three-year chance to alter the code and standing orders.

She says these changes will “unmuzzle” what elected councillors can and can’t say and to whom.

Wise also says the result of the legal action over the Onekawa Pool consultation, which is due in the new year is “quite a vital decision, as it then gives us the answer to our current consultation processes. If council is found to have under-consulted, or miss-consulted and we have a legal ruling on that it’s very clear.”

Even if the ruling comes back as NCC having met the minimum requirements she says “from my perspective doing the bare minimum of consultation to meeting your legal requirements isn’t good enough. That’s not the way I want to engage with my community.”

With so much focus on the pool consultation (or lack of) and legal challenges, another big-ticket item seems to have fallen off the radar recently.

‘Project Shapeshifter’ is the $51 million redevelopment of Napier’s National Aquarium of New Zealand which we are led to believe is to involve, or be backed by, tertiary institutions, government agencies and Weta Workshop.

Wise says she “has reservations” about the project including its location so close to the coast in light of sea-level rise calculations and does not want to commit any further ratepayer money into upgrading the facility beyond NCC’s originally planned $10 million contribution.

With HBRC declaring they have no interest investing in the redevelopment and most of the project’s funding supposedly coming from central government and private business she is sceptical as to the project’s future.

NCC was developing a business case (sales pitch) that was going to cost $700,000 to produce with the coalition government’s Provincial Growth Fund and council each paying half, but that figure was secretly raised to $1.2 million at a public-excluded NCC meeting earlier this year – a motion which Wise says she voted against.

She says the drive for, or information behind, getting support for Project Shapeshifter hadn’t “trickled down” beyond NCC’s CEO and previous mayor to councillors.

When it comes to Napier’s tourism industry in recent years, it is hard to ignore cruise industry.

Napier has become a popular stop for cruise liners and over 90 ship visits are expected over this 2019/20 season.

But, as illustrated elsewhere in this issue of Baybuzz, the industry’s effect on local economies and the environment may not be all wine and dollar signs.

While Kirsten agrees the true financial benefits and environmental impacts of the cruise industry on Napier needs further investigation, she says the tens of thousands of tourists who visit on the ships each year bring a vitality to the city and are a vital source of income for many around Hawke’s Bay.

While issues like the water and pool process won’t be fixed overnight and realistically require a bit more public patience, Wise has two things she intends to make happen very quickly.

“The other thing is showing my commitment to being an open, transparent council”.

Wise intends to have far more community involvement in council and “tap into all the incredible people who want to offer assistance. That is where I can make some quick gains in implementing better consultation processes.”

Mayor Kirsten Wise certainly has the public mandate to effect some much-needed change upon Napier City Council and Napier city. BayBuzz and the rest of the community will be watching with great anticipation

One response to “She Came, She Listened, She Conquered!”