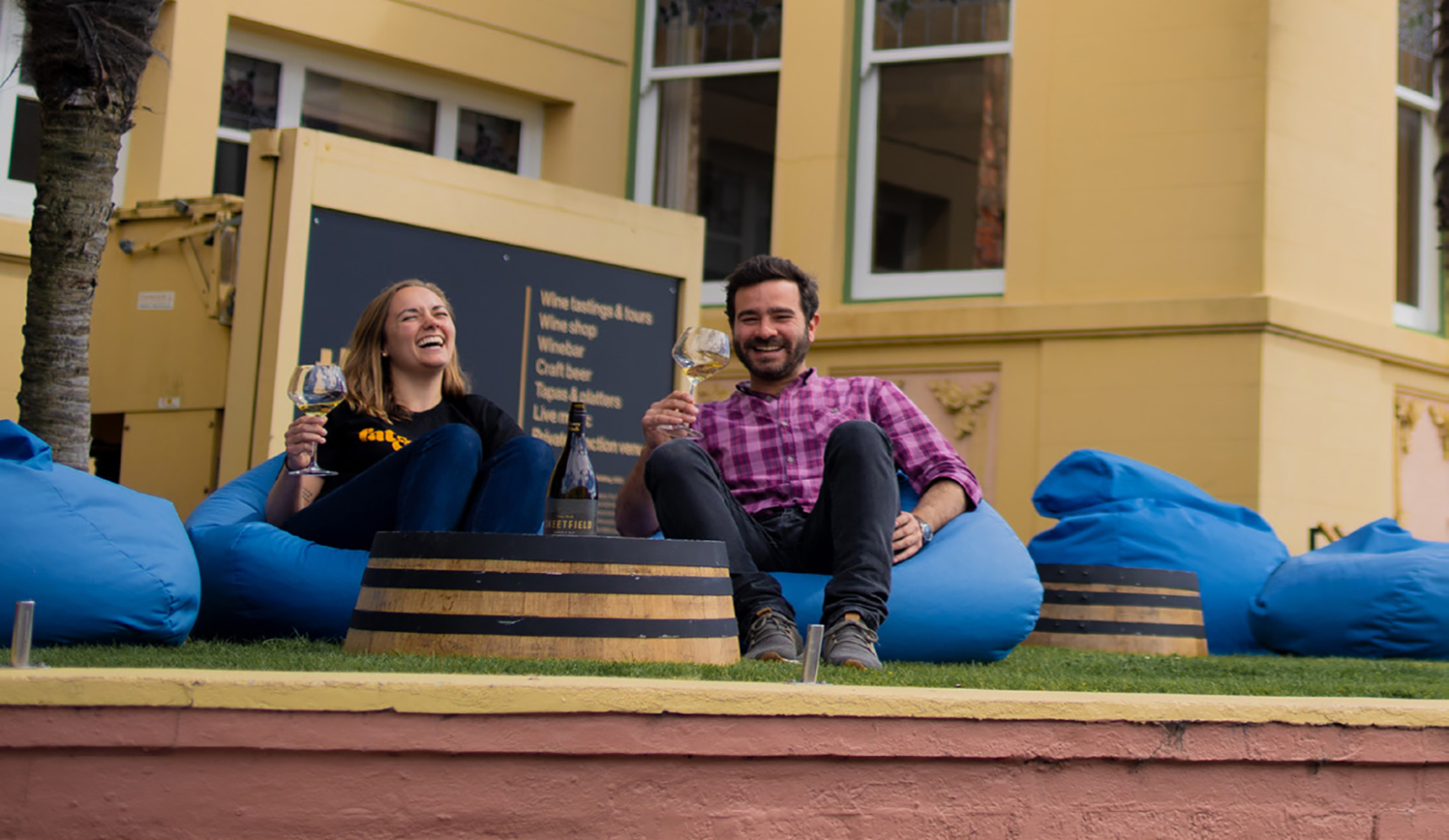 Jane Jacobs, the mid-century architectural critic and author of The Death and Life of Great American Cities wrote that “New ideas need old buildings.” And while making wine, selling it, serving it with good food and music on the side aren’t NEW ideas per se, there is certainly something fresh going on in one of Napier’s favourite Art Deco classics, The National Tobacco Company building in Ahuriri.

The Heritage 1 listed building was designed by Louis Hay, built in 1933 and is owned by Big Save’s McKimm family. It now houses craft brewery B Side Beer, the soon-to-be-opened National Distillery, and for the last two years Tony Bish Wines and The Urban Winery.

Walk in through the Bish Wines and Urban Winery main doors and you’re just a glass wall away from the magic of the barrel room, with its iconic large oak egg tank at the far end, standing tall above the other fermenting wines, like an ovoid queen.

A place isn’t much without people though, and the team that’s assembled around Tony and Karen Bish’s vision of an urban winery really makes the place hum. 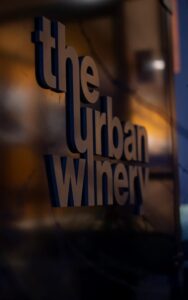 Directly in front of you is the welcoming bar, displaying the array of chardonnays made right here in this old ciggy factory, and a range of specially selected wines from around New Zealand and the world. The space opens up to the right and tall tables, sofas, Tony’s family piano and Richard Brimer’s large format photographs on the walls invite you to park up and wile away an afternoon or an evening.

A place isn’t much without people though, and the team that’s assembled around Tony and Karen Bish’s vision of an urban winery really makes the place hum. Shelby Rowlett, a bubbly American import who looks set to stick around a while has taken on the job of events manager, and with bar manager / sommelier Gaston, new chef Jo, Oscar Bish coming and going from Wellington as needed and a line-up of summer wine and fun enthusiasts, the crew is set for the big season ahead.

Wandering through the space with Shelby, hearing the plans for summer events, you get the distinct impression that this place is becoming a hub for the community. Or communities. The Ahuriri locals, the wine lovers, the live music fiends, the salsa students. That’s the freedom that comes with starting something new, and making up the rules as they go along, she says. “We each have our areas of interest, and we bring them to the table and Tony generally just says yes, and we give it a go!”

The ‘why-not’ attitude sees The Urban Winery now blurring the lines between cellar door, wine retailer, bar, music venue, restaurant and event space. “We even had our first wedding in here recently!” says Shelby “A local couple, who have become regulars, who made the space beautiful and then had their reception next door at Smith’s.” 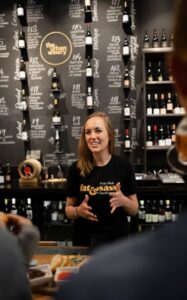 Shelby finds the big key and we venture through the ornate, oft-photographed main doors of the Tobacco Building. The domed stained-glass ceiling in the foyer offers a taste of the former grandness of this place. And in the boardroom (sometimes used for special small events by The Urban Winery) there are photographic portraits of the tobacco barons and full staff line-ups still hanging on the walls. There’s an eeriness to some rooms, a whiff of the abandoned history, but then you’re through another door and surrounded by Urban Winery staging, and restaurant supplies and gin distillery gear and you could be in almost any old warehouse.

But that’s the treat about this place, it’s not any old refurbed warehouse. While we’re outside admiring the façade, and checking out the alfresco space (yes, licence-wise one is legally allowed to enjoy a glass of wine out on the beanbags), Australian tourists head in as part of their exploration of Art Deco architecture, and a young German couple on a New Zealand wine adventure arrive for a tasting.

Later that week the roomy indoor space seems to shrink into a new intimacy as a couple of dozen of us hunker down to relish the musical offerings of guitarist Ralph Gannaway. Another week or so later the place is filled right up with music-lovers facing forwards to Stretch, Paula Sugden and Joe Dobson as they play on the moveable stage. Somehow the acoustics work just right, the lighting gives the place a living-room vibe, and the chardonnay helps with the flow of a rich, rustic, warm evening. 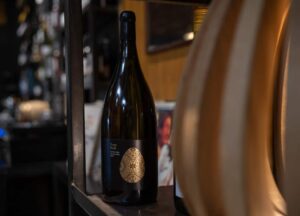 The coming summer season promises more memorable nights too. From the now-regular Salsa Thursdays – culminating later this month with Salsa Bueno when Latin Roots Hawke’s Bay Salsa Academy will bring about an evening of Latin fun – to local music showcases and the highly anticipated New Years Eve Party. Can’t you just imagine it – welcoming in the Roaring 20s (Mark II), sipping and nibbling on delicious things and meandering through the rabbit-warren back rooms of this gem of a building, then heading back to hear live music in the main bar, all while glammed-up Gatsby-style in a night of transformation?!

This place has had a special transformation, not just in terms of décor, and the way walls have been moved around. It’s the life that the team and all the guests and collaborators have breathed into this old barn of a building with the pretty door.

That’s worth celebrating. An iconic, vintage building that for a long time sat empty and unused, neglected except for its striking exterior, is now the home of so much fun, and so much productivity. Cheers to that, and cheers to new ideas in old buildings.