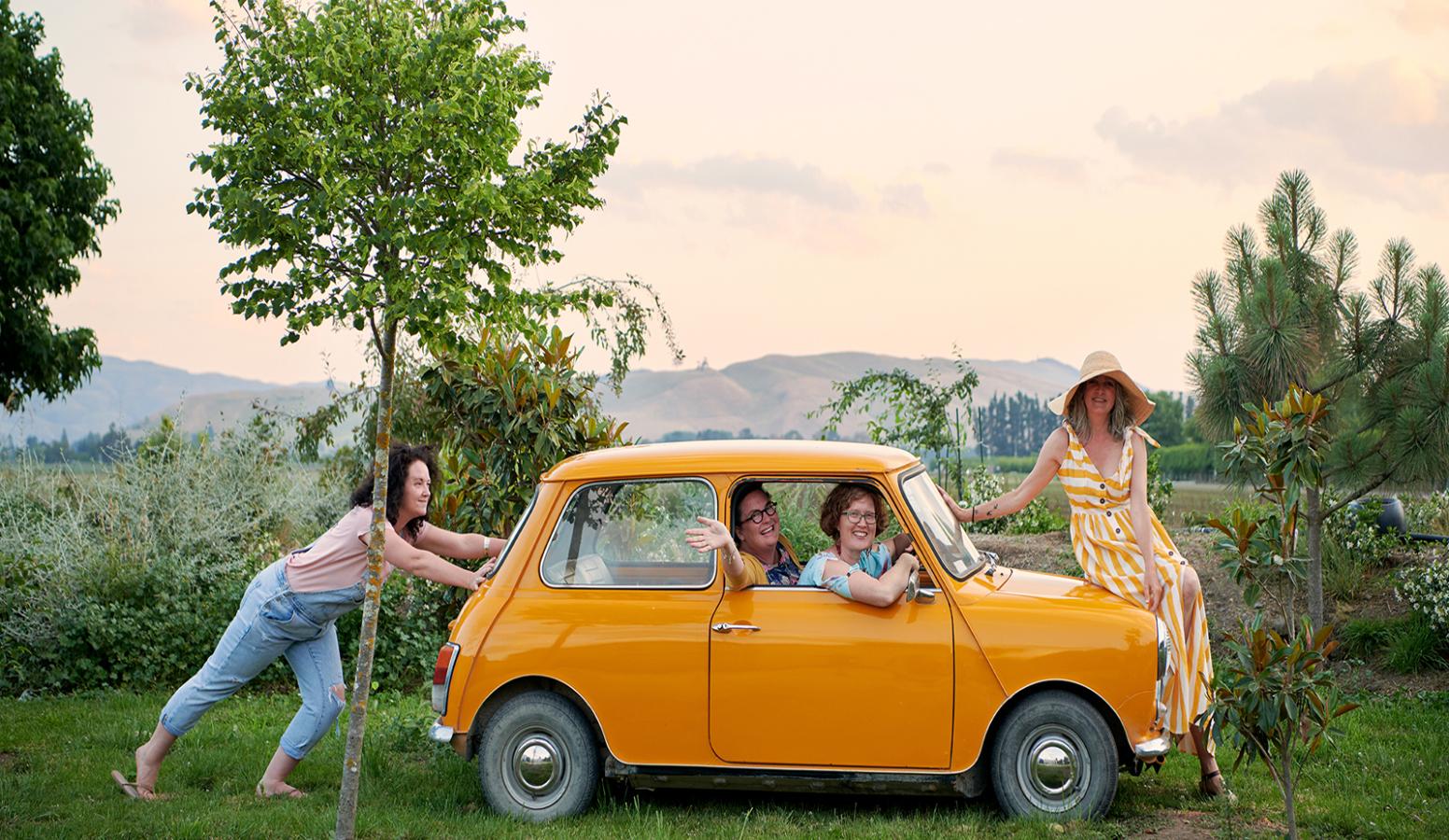 We yearn for long, chilled-out summer breaks, with sunshine and good food and good books and good sleeps, but a batteryrecharge can also come from a single-day adventure. Lizzie Russell asks the rest of the BayBuzz team for their picks for a day out this summer. Roadtripping in a beaut car with the windows down, or taking the waewae express around the neighbourhood, sometimes it only takes a day. 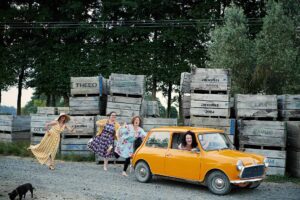 We’ve been well-and-truly warned off unnecessary air travel lately, and who wants to get too far away from our little piece of Paradise in the summer anyway?

Not our designer Max Parkes. A long time Te Awanga local, Max starts his One Fun Day with coffee down the road at his mate Richard’s. “He makes better coffee. We drink coffee and talk shit basically, it’s a tradition.” The day is spent out there at the beach, hanging out with friends and family, swimming and taking it easy, perhaps with a refreshing Campari & Tonic. The finest Te Awanga days end with a gig in the TA Hall, Max says. “There have been some incredible gigs there – hanging out with everyone and seeing a great band on a balmy night by the sea is very hard to beat” Then it’s a simple stroll home with the luxury of not having to drive.

Max might bump into BayBuzz senior writer Keith Newman, who’s also out and about enjoying the charms of the Clifton Coast.

Having breakfasted on the bounty from the home mini-orchard, Keith walks through Te Awanga, “passing the tight anarchy of freedom campers parked to the left, and the row of hopeful fishing rods,” and heads past the new sculpture Te Waka Huhua (the Waka of Plenty) and on to Clearview for a light lunch and a Coastal Chardonnay.

Then it’s a meander through the reserve, watching the surfers, and a reroute through the campground that’s been there since the 1930s, passing the character-filled homes along Kuku St back to the track and on to Clifton, where visitors used to load up for a half day tractor and trailer trip to the gannets until that was put on hold following last year’s slip. An afternoon coffee at Hygge with the papers and the view all the way to Mahia, then home as the day cools. No car needed for a trip around the world of Te Awanga.

Designer Giselle stays close to home too. “There are certain things that are just so good they have to be done regularly, and being creatures of habit, our two daughters insist on at least four or five visits to Black Barn market over the season,” she says.

Hawthorne coffee, Yabon pastries, a seat in the shade. “We see the same people and possibly even have the same conversations… but every year the girls are older (and so are we) and it has grown into one of the firm memories of what we did as a family when the children were little.” Bread, vegetables, fruit and maybe flowers are gathered up and carted home, via the Waipawa Butchery in Havelock North. “Life pretty much revolves around planning the next meal in our household!” Then it’s an afternoon at the Village Pools followed by a BBQ at home, and perhaps another swim to cap things off. 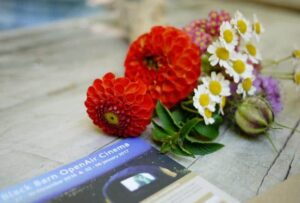 Andrew Frame is Napier to the core. So his Fun Day keeps him in the pretty city. “A walk along Marine Parade, visiting Pania of the Reef, standing out on the end of the viewing platform, looking down at the waves. Then a wander through town with coffee or lunch from a local cafe like Six Sisters, or an ice cream from Lick This!”

Editor Tom Belford, an American expat, has discovered a little spot of classic kiwi beach magic at uncrowded Mangakuri Beach. “Summer is enjoying the beach … even though I barely go in the water. With Ocean Beach and Waimarama only 15-20 minutes away from my home, for a more ‘special’ visit to the beach, it’s a day trip to deserted Mangakuri Beach, below Elsthorpe.” The many boulders on the beach and in the water give Mangakuri greater visual appeal he says.

Assistant Editor Bridget Freeman Rock heads in the opposite direction for her hit of that archetypal beach day. Waipatiki Beach is filled for her with childhood memories of the rope swing into the lagoon, fishing for cockabullies’ and cooling off under the Nikau forest before climbing up to the lookout. Depending on the tide, she’s off then for a coastal walk to Aropaoanui, where there’s a waterfall and a swimming hole. “There’s nothing like a bracing, sweetwater skinnydip, washing off the ocean salt on a hot day.” Bridget’s day draws to a close driving back towards the glittering lights of Napier in the dark, still slightly smoky from a driftwood fire on the beach.

Northern Hawke’s Bay beckons photographer Tom Allan too. His Fun Day happens to fall on a Sunday so he heads up to Lake Tutira for a visit to Guthrie-Smith, the arboretum and education centre that sits on 90 hectares of what was naturalist, author and farmer Herbert Guthrie-Smith’s sheep station. The day also takes in White Pine Bush for a walk, Tangoio for a swim or a surf, and perhaps a coastal mission from there around to Stingray Bay.

Photographer Florence Charvin hits the road and heads for the west coast – Whanganui! She discovered on a recent trip that the River City is endowed with scenic walks, a picturesque main street with the best hanging baskets, excellent cafes, loads of art and a surprisingly bohemian vibe. And you can get there in under three hours, over the windmill-covered Saddle Road.

Jess Soutar Barron loads up the kids and her mum and heads south through Central Hawke’s Bay to fit in as much as she can in One Fun Day. That means the delights of the Wairarapa. The three main attractions for the day are Stonehenge Aotearoa, the Clareville Bakery (for the best sourdough) and the Pūkaha National Wildlife Centre at Mount Bruce. That’s where they check in with Kahurangi – the very personable, only hand-reared kokako in the country.

A bonus of the big day in the car is that the teenager is keen to drive as much as he can, so he’s behind the wheel the whole time!

And me? Similar to Jess, I’m keen to see just how far you can get away to and return from in one single day. If I take the yellow Mini, that’s not going to be far. But ideally I’m heading up the coast. I love a road trip. It’s twenty years since my family and another convoyed up and around the East Coast, staying in camping grounds, BBQing, bickering, swimming, sunburning. On this Fun Day it’s windows down, music up. Google says it’s four and a half hours to Tolaga Bay. I’ll be back in time for an evening enjoying the urban delights of Napier!