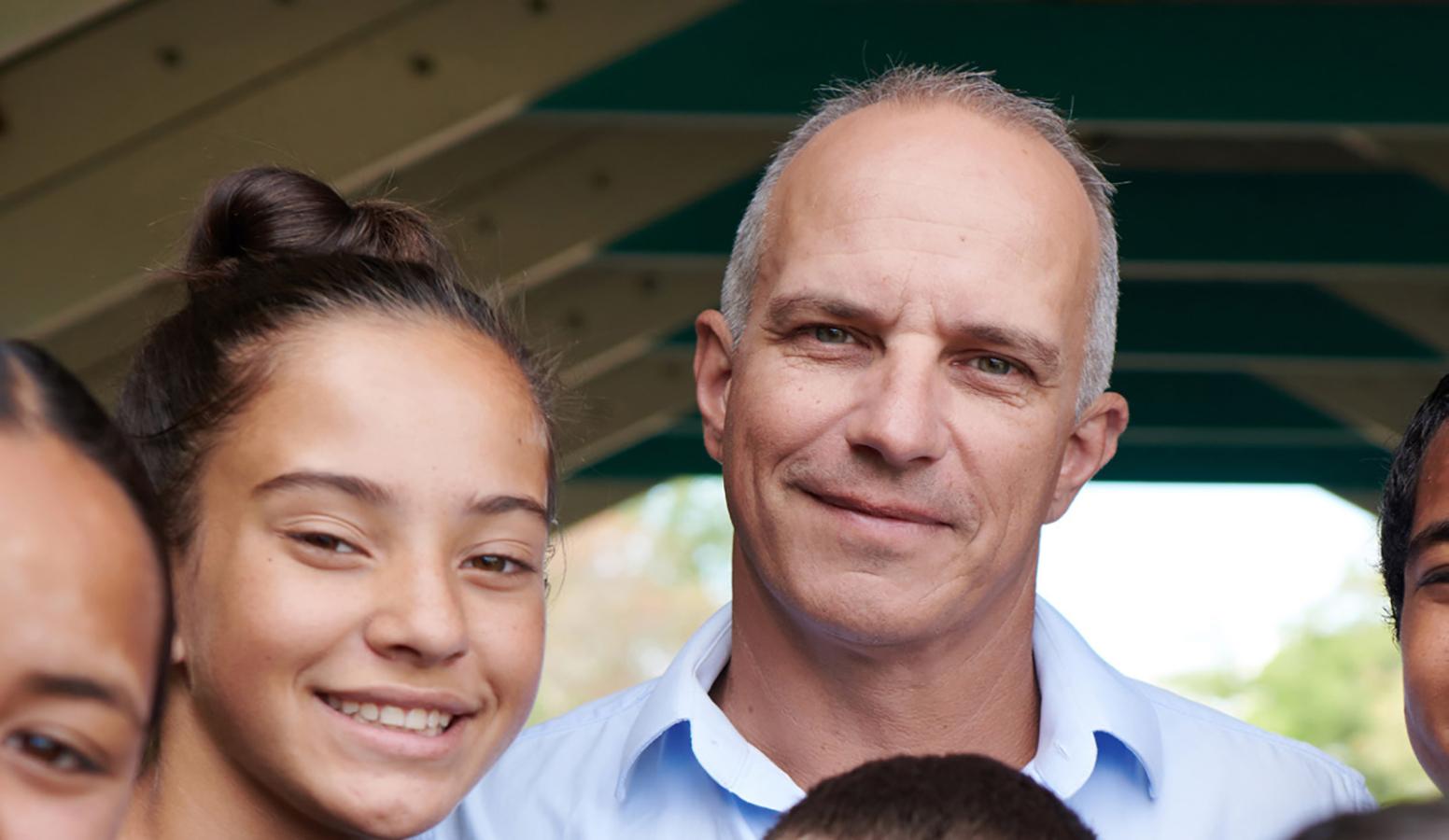 The Renaissance of Paharakeke/ Flaxmere

Paharakeke (Flaxmere) was born in 1967. The plan for a new satellite suburb 7 km to the west of Hastings’ centre was a long time in the making, and civic leaders promised much, though considerably underdelivered.

But 50-odd years on, renaissance is underway. The word ‘potential’ keeps popping up. What’s in view is startling. The community and her leaders are taking the arid westerly corner of Hastings back. Flaxmere is definitely on a roll.

The Hastings Council is committed to investing more and it’s about time. Flaxmere’s advocates seemingly battling against the odds have made beautiful headway regardless.

Flaxmere fifth term councillor O’Keefe is upbeat and he’s adamant: “We are taking our community back … on every level.” Henare was 2012 Kiwibank New Zealand Community hero and is Hastings’ official Ambassador.

Historian Boyd records that in 1958, Wellington-based town-planning firm Gabites and Beard explored three options: (a) consolidation within Hastings-Havelock, (b) redevelopment of obsolescent housing, (c) a new satellite suburb for 4,000-6,000 people “on land west of the city of very low, natural soil fertility.” Gabites and Beard were firmly in favour of option (c), and according to Boyd they urged the Council to:

“take the initiative in planning, purchasing, developing and financing the suburban satellite as the whole of Hastings might depend on it.” The consultants may have been poorly selected, or perhaps political lobbying triumphed.

Hastings councillors resolved to expand westwards on to land then thought to be “not too valuable to agriculture,” (Flaxmere was in fact established on prime viticultural land), and building started in the late 60s and early 1970s. According to Council’s 2007 ‘Flaxmere Town Centre Urban Design Framework’, in the mid-1960s the council envisioned Flaxmere to be “an idealistic garden suburb … more desirable than Havelock North and with all the modern conveniences [and more].”

In its early days, Flaxmere was subdivided into quarter-acre sections. By the 1980s planning rules allowed quarter-acre sections to be intensively subdivided and building rules permitted poor-quality housing. The 1960s civic leaders’ progressive vision was woefully underdelivered and ruinously abetted by 1980s government housing policy. Councillor O’Keefe points out that people understandably grabbed at “hope and promise” and were badly let down or, worse, exploited. 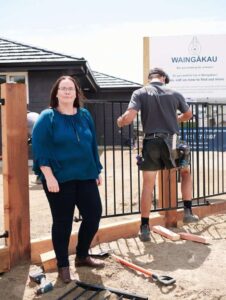 Government in the mid-1980s promoted homeownership to its state house tenants and others assisted by 10% purchaser deposits and Housing Corporation mortgage loans. But 10-15 years later, in many cases, Flaxmere West homeowners’ partially repaid home loans considerably exceeded the market value of their property. Their recently built homes were a liability, and some were abandoned. The suburb’s housing market spiralled downward; negative equity was increasingly common. Understandably, this was matched by inadequate housing maintenance.

By 1996-1998, many Flaxmere West houses were selling for $25,000 to $35,000. Investor landlords were mopping-up. This cyclically vicious event severely impacted Flaxmere’s entire community – not just its 1980s high-economy high-density housing areas.

Hastings Councils and Governments in effect stood by. It was pretty much out of sight and out of mind. The Council’s 2005 and 2007 plans’ goals for Flaxmere were not achieved. The fallout is still rippling for Flaxmere and its community, with wider Hastings and Hawke’s Bay still paying a price.

Paharakeke is today populated by about 10,000 people occupying about 3,000 houses – of this 3,000 people live in Flaxmere West. But despite decades of considerable neglect by central and local government – things are looking up.

Flaxmere homeownership overall is around 45% and the late 2019 weekly median house rent excluding flats, was $360 compared to Hastings/ Clive $390, rural Hastings $440 and Havelock North $480 per week.

The community has plenty of soul, including a marae, an internationally recognised park, a well-used aquatic centre and an artful and upgraded community centre with a boxing academy, and an excellent library. The large Hastings suburb is also home to four primary schools and Flaxmere College.

Flaxmere has a well-attended 5 km parkrun course organised by Philip Shambrook, which was the 29th in New Zealand and 1,870th in the world. The parkrunners’ family of just over 5 million worldwide turn out on Saturday mornings for a 5 km run, jog or walk. People are travelling from afar to participate.

On Monday and Wednesday for 7 years, Henare and Pam O’Keefe run a popular programme for kids at the Flaxmere Boxing Academy.

Flaxmere West is located 2-3 km from Flaxmere town centre concentrated facilities and is considerably less well-serviced, and without regular public transport. Many westerly residents are without cars.

Totara Health has sponsored the U-Turn Trust Flaxmere Heroes Calendar for ten years. Flaxmere is high-achievers, givers and leadership starling; from teachers, coaches, employers, sports stars, musicians, to people who serve in the military or police force. And the calendars reflect a winners’ community.

The inaugural calendar hero for November 2010, was baritone Phillip Rhodes. His mentor, Dame Kiri Te Kanawa, announced in 2018 Phillip would debut at Covent Garden London. The internationally famed singer is an O’Keefe family foster child – one of 200.

Newly-elected Pasifika councillor Peleti Oli featured in the 2019 calendar. Peleti is inspirational in Flaxmere and a multiple categories winner for NZ Barber of the Year. The 2014 calendar features NZ success muso Tipene Harmer; international performer and songstress Toni Huata in 2013.

Flaxmere-grown All Blacks featured or mentioned in ten years of calendars include Roger Randell, Taine Randell, Ben Tameifuna and Josh Kronfeld – one a decade so far.

Hastings Council senior asset manager Craig Thew, who grew up in Flaxmere, is a calendar hero. And so too is councillor Damon Harvey, whose parents built their first home in Flaxmere.

Tragically, Patrick Tama O’Brien, the March 2018 hero, was brought home to Te Aranga Marae in November 2019 after he died in a collision on the Hawke’s Bay Expressway. Pat was a 2006 Hawk and a 2017 world champion kickboxer who loved helping the community. He was responsible for the longest running Hawke’s Bay charity boxing event “Battle for Life”, raising funds for grassroots organisations working within the health and social community sectors and suicide prevention.

Hastings Council has a strategic projects team focused on ‘Fabulous Flaxmere’. It has numerous plans and initiatives in view including for Flaxmere West.

Mayor Hazlehurst says, “We have a committed Council who know it is time for Flaxmere to shine.” The Council has a “big vision” focused on housing needs, “fit for purpose Council facilities” and better and increased retail opportunities in the town centre. “Flaxmere Village services a lot more than its ten-thousand strong community – it is a major hub for the wider area.” 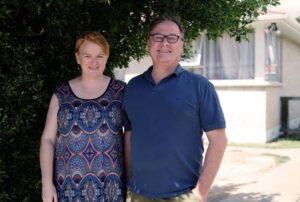 The Waingākau Village cohousing project beside the marae and led by Te Taiwhenua o Heretaunga is innovative and bold. The project’s leading message translated from te reo says: “A person nurtured in [the] community contributes strongly to society.”

The four cohousing villages with 74 houses plus conventional housing on 15.5 hectares aims to make homeownership more accessible without compromising quality. The project plans “a supportive and aspirational intergenerational community … where people look out for each other, contributing to the thriving, positive community

The cohousing villages’ design includes communal car-less green spaces for families, and village centre housing will be unfenced. It will border a ‘food forest’ and integrate with Te Aranga Marae, the marae’s community garden, and be closely associated with reworked Kimi Ora Community School. The three will share spaces without fences and integrate community aspects.

The Peterhead School years 5-6 syndicate leader Amy LeQuesne is designing (with this writer for Maraetōtara Tree Trust), a science-based classroom programme for a Maraetōtara River visit by about 120 kids studying the life of tuna (eels), other river ecology and the waterway’s health. The Braithwaite Trust is the funder.

Energy poverty reduction is the aim of St Andrew’s Church. What’s unacceptable is a person who for decades has her hot water off to save electricity expense – for bathing she heats water on a stove. St Andrew’s aims to establish a solar farm near Flaxmere and be a not-for-profit ‘gentailer’ connected to Unison’s network. The St Andrew’s charity’s Te Rā Power beneficiaries would be the highest needs Flaxmere people.

The initiative led by Chris Lambourne has Hawke’s Bay Regional Council support. The church and Chris identify that power poverty aggravates social and health challenges, and the opposite is true – reduced energy costs and warmer houses considerably amplify better lives. The social payback is huge.

Te Rā Power planning partners includes research by EIT. The conversation includes the District Health Board, the HDC and others.

Te Rā Power has provisional sites for a solar farm of 1.5 hectares of panels generating 1MW peak, or 1,400MWhrs annually – estimated enough for 400 homes. The goal is an incrementally scalable solar farm that would supply 800 energy-improvised customers.

The core aims are 25% lower electricity costs and control for the charity’s beneficiaries, providing a research platform and inspiring similar initiatives.

The DD Smash forecast “… otherwise it’s over the top!” has a suitable vibe. The Flaxmere community is clearly on the up – its positive momentum is set to build substantially, assisted by overdue Council support.

Mountains of hard work by many battlers for many years, including Henare O’Keefe, the Te Aranga Marae trust and many others have converged, yielding the iwi-led ground-breaking Waingākau Village, the Kimi Ora Community School culture-focused redesign, town-centre and community facilities betterment (as promised by Hastings Council) and St Andrews’ solar electricity project.

A significant uplift in Flaxmere property values will support new housing and existing housing reinvestment, and potentially assists the economics of town-centre revitalisation, and new businesses. Add current high employment and mega-low interest rates – it all points to a perfect storm of the best kind.

Flaxmere’s turn is considerably overdue, after about 40 years’ wait for sustainable upside. But it is the putting right that counts.

As Flaxmere further unleashes its potential, the community will likely set a new standard for a culturally rich and diverse suburban place. Its predominately Māori and Pasifika renaissance should stand-out as an urban social bellwether for Hawke’s Bay.

If HDC and the government suitably step-up, then persistent aspirations for Flaxmere could, at last, be broadly realised. The whole community has a stake, so wouldn’t that be awesome!?

Pat Turley is a Hawke’s Bay-based property strategist and valuer at Turley & Co (www.turley.co.nz). He is a volunteer organisations board member, chair of the Maraetōtara Tree Trust, and a volunteer BayBuzz writer. Rosa Turley researched Flaxmere history. The contents of this article are not for property decisions reliance.