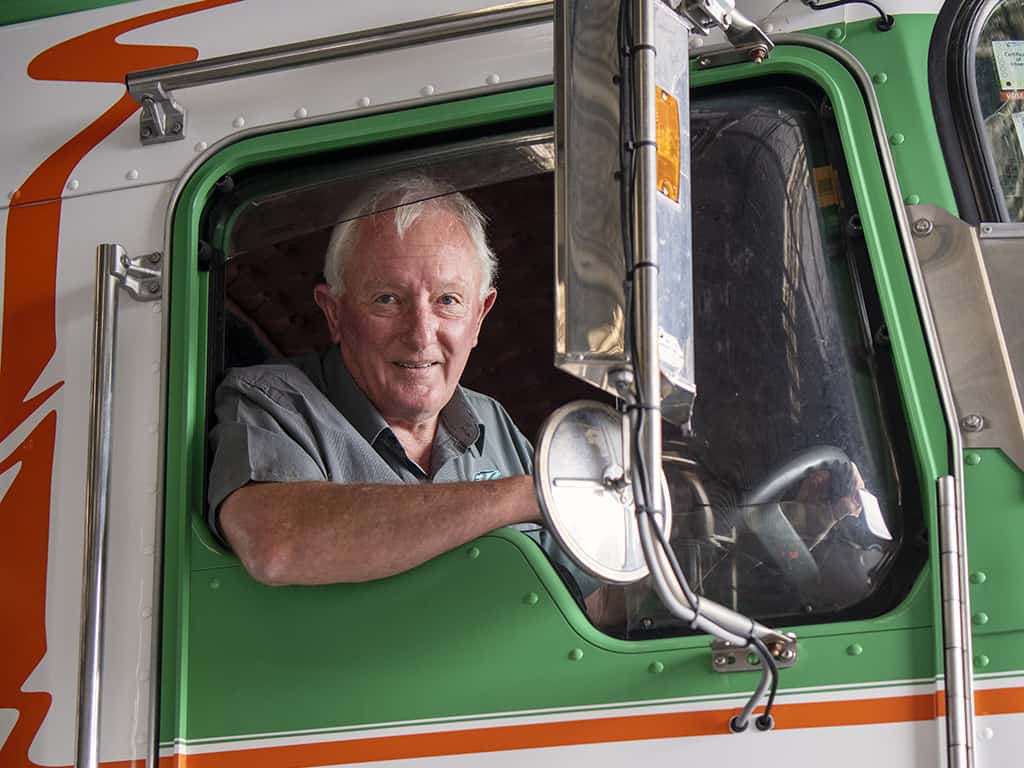 In the lead up to coronavirus level 4 status major electronics chains had a run on computer screens, keyboards and wifi extenders as many employees discovered working from home was no longer optional but compulsory.

Remote working has been a ‘thing’ for a couple of decades but has been resisted by some employers who weren’t prepared either technically or culturally to cut their workers loose, fearing productivity may suffer.

Spin-off benefits of e-working – using email, collaborative tools and videoconferencing – include a reduced need for office space, less office parking and fewer cars on the road.

Reducing private vehicle use is one of the key tenets of the Hawke’s Bay Regional Transport Plan to be considered over the next year, along with better flow for big freight, reduced carbon emissions and increased use of public transport.

While we’re at level 4, however there’s a reduced service which is free for use but limited to those involved in essential services or having to visit the supermarket. The proviso is that passengers have to sit two metres apart (https://www.gobay.co.nz/#bustimetable). Normal services will resume once the crisis is over.

A taxi mobility scheme for those unable to use public transport carries around 100,000 passengers a year. An aging population has meant more retirement villages are being built and the demand for such services and additional routes will only increase.

A proposal to bolster poor patronage with flat $1-$2 fees is being proposed in the long-term plan butneedsextra funding as HBRC looks for the elusive tipping point where carbon footprint reduction and economic benefit converge.

This thinking is based on NZTA calculations that for every 10% decrease in fares there would be a 4% increase in patronage with ‘public cost benefit’ accruals of between $8-$13 per public transport user.

The theoretical ‘benefits’ come through increased access and mobility, reduced vehicle use, less cars on the road, lower crash risk, and freeing up road and parking capacity. A 30% increase in public transport use is calculated to be worth over $2 million annually to the region.

Ian Emmerson says public transport has to operate better and wonders whether going into a negative budget to incentivise use, or even adding bus lanes or more stops, will reverse the declining patronage.

“In this day and age of convenience people will fly and drive … but not a hell of a lot think about jumping in a bus for convenience.”

The disclosure that there are only 16 electric buses operating around the country and none in Hawke’s Bay, isn’t exactly inspiring but Emmerson reckons that’s the way to go.

He says the most efficient use of EVs for heavy transport is in rubbish trucks and buses which stop and start regularly and generate energy.

“There’s some very good technology and a massive trend in Europe, Japan and China to adopt these so I don’t understand why we’re still putting new diesel vehicles on the road.”

3R’s Adele Rose says the public want lots of choices for bulk movement of people. “The region is not very well served with bus services between Central Hawke’s Bay and Napier-Hastings other than the Intercity bus from Wellington.”

Despite huge growth in recent years Central Hawke’s Bay has no consistent bus or train service. A couple of busloads a day commute to Hastings and Napier and lots of nurses travel up to the hospital.

Martin Williams doesn’t have the answers for improving public transport but is determined that the committee ask the right questions. “There may be some disruptive technologies involved; that’s not necessarily a negative connotation –  the cellphone was disruptive.”

How about supplementing HBRC bus services with a fleet of mini-buses –  possibly EV powered?

He’s watching the Canterbury Regional Council’s MyWay trial in Timaru where 12-seater mini-buses can be hailed on a smartphone app seven days a week. They’re not EVs but he’s open to something similar being deployed here.

If a fleet of roving EV minibuses took five cars off the road each, he suggests, it could reduce carbon emissions, defer road maintenance costs and create space on the motorway.

It sounds like a logistical nightmare but smart trip planning would be the key. Enter data about routes, transport use and demographics into the NZTA network operating framework planning tool and apparently it should spit out the answers.

Computer algorithms would then determine the best routes to pick up passengers and get them to their destinations on time using the optimal route.

It could be subsidised in a similar way to HBRC’s bus fleet, $2-$3 for a trip shared by 10-15 people. “We don’t know if it’ll be sustainable or if enough people will use it,” says Williams.

3R Group CEO, Adele Rose says one way to reduce truck miles is to encourage backloading so they carry freight for other customers on the return trip from the Port and the hubs at Whakatu, Irongate and Awatoto.

Several companies specialise in brokering such deals but it means getting past competitive and commercial barriers to work co-operatively across projects.

Rose suggests the national transport plan needs to be seen in context with provisioning the whole network and its connectivity with Hawke’s Bay coastal and freight shipping and public transport.

For transport of goods, she says, that infrastructure needs to connect to rail and the seaports to reduce the need for trucks because “that’s where our big reduction in emissions will come from”.

While progress is being made on electrifying heavier vehicles, most solutions are unsuited to New Zealand roads and the gross combination mass (GCM), the total weight a truck and trailer can carry, says Ian Emmerson.

He says electrics will only be efficient in up to 18 tonne vehicles, beyond that the tare (unladen) weight including the battery is not practical.

“Then we have to think about discarding the battery at the end of its life. I think we get too excited about the carbon footprint without considering the lithium in the battery when its buggered.”

Most carriers are looking at alternatives including biofuels; his own company Emmerson Transport is doing a study on a hydrogen stand-alone plant for the PanPac pulp operation.

“We can only work within the engineering capabilities that are there but at the end of the day we’re all conscious of our responsibility with customers asking about our carbon footprint and our plan going forward.”

So we’re back to boosting the rail option. About 5% of the freight being moved around the region is carried by rail with the line south from Napier deemed commercially viable, growing over 40% between 2007 and 2012.

Volumes dropped off after 2014 with Ravensdown Fertiliser and Fonterra no longer exporting from Napier, although there was a temporary boost after the Kaikoura quake when Wellington’s CentrePort was damaged.

Projected increases in freight carriage present a massive challenge for the trucking industry and Ian Emmerson would like to see rail pick up a lot more of that work. “Railways needs a big rethink…currently only 6% of national freight tonnage goes by rail.”

The biggest restriction is our narrow gage rail tracks can’t handle greater tonnage. One solution, could be to increase the number of laneways on the main trunk line to let other trains pass.  “However, that limits the length of trains unless you lengthen all the laneways,”

While big investment is planned in Northland, Emmerson says KiwiRail has been slack in investing in infrastructure and rolling stock and he’s concerned the Government is using car and truck road user funding and petrol tax to subsidise it.

There’s also a call for greater use of rail to diversify the public transport network, although passenger rail services to Napier-Hastings and smaller towns on either side have been shut down for years.

She believes the Wairoa line should also carry people. “This fits with the growing lifestyle choice of many young people who are not getting their licences or owning cars. That might be fine in the bigger cities but for our region they have to own a car to get around.”

While there have been complaints about the high cost –  including subsidies –  of restoring the Wairoa railway line, Williams says 5,000 truckloads are off the road this year because one train a week brings all the logs down to Napier and lowers road maintenance costs.

He says, roads were never intended to be profitable or even be viable; they’re subsidised through road user charges and motor registrations; Hastings District Council for example has $100m in debt for its investment in roads.

“So why does rail suddenly have to be profitable? NZ Inc ends up paying for it one way or another.”

One thing he’s sure of personally is that the nation’s transport system is “ridiculously siloed”.

Napier-Taupo access would also have to be considered in that mix.

“We have something called the New Zealand Transport Agency but it’s a road control authority. If we had a real transport agency it would own KiwiRail and have a stake in the ports or at least provide the planning framework in which those entities operate.”

That he says is a Government issue. “In my thinking KiwiRail as a State-owned enterprise is frankly not interested in investing in its own network because it has to deliver a profit to its shareholders — a transport agency competing for funding for road projects is fundamentally wrong.”

Rather than isolated thinking, big picture planning involving all stakeholders and even out-of-the-box options and how they might work together is clearly needed.

If working from home reduces vehicle use then perhaps there should be employer and other incentives to do that at least a couple of days a week.

Compensating for the predicted exponential growth in big freight will require collaborative logistics including smarter route planning, backhauling and scheduling to avoid queues and jams.

Getting cars off the road to avoid major investment in widening motorway lanes will require an attitude shift that can only happen by convincing people public transport is not only cool, but convenient and reliable.

In a world where efficiency is everything, schedules and stops need to complement a workforce that needs to get there and back in a timely fashion.

The ‘market’ will also have to resolve the EV vs fossil fuel enigma, but electric public transport does sound appealing.

The Future Is Now

Sir Peter Gluckman, top science advisor in the previous government, has (with colleagues) prepared two ‘must read’ papers for anyone…

Writing on a very wet day! The World Economic Forum in Switzerland is offering an  impressive series of webcasts over…