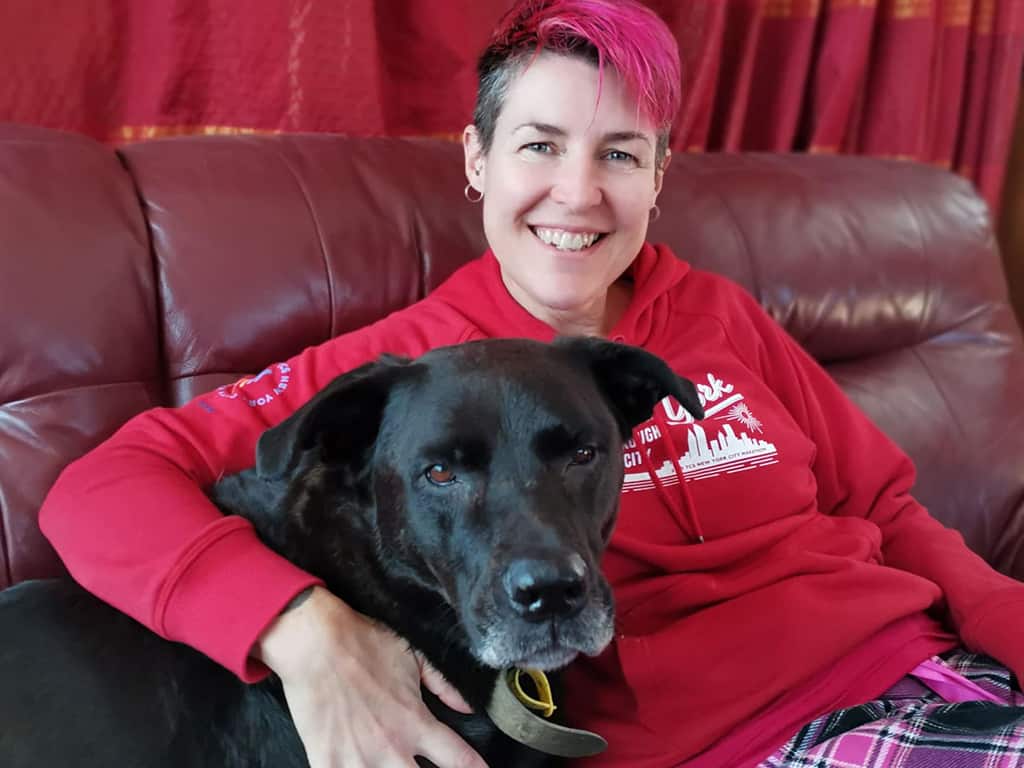 For the love of dog

As a bookseller and dog lover I’m more likely to become emotionally involved with a fictional dog character than with many real-life humans… and it’s not just me.

Seeing life through a canine lens is appealing. Dogs have a habit of loving us unconditionally, no matter how they are mistreated, neglected, spoilt or well-trained. When fictionalised, anthropomorphised and given a voice, dogs offer us a window into our souls that would be more opaque if it came from another human.

Perhaps none is more direct than Matt Haig’s funny, weird and deeply thoughtful, The Humans. An alien comes to earth to inhabit the body of a maths professor, initially learning human behaviour from the pages of Cosmopolitan (big mistake) and the highly dysfunctional family of said maths genius (bigger mistake).

He quickly comes to the conclusion that humans are pretty disgusting. The character with whom he forms the deepest bond is – you guessed it – the family dog, Newton. Their shared love of peanut butter is the clincher and the vagaries of human society are parsed nicely by the two non-humans.

Then there’s The Art of Racing in the Rain by Garth Stein.This novel stars Enzo, dog philosopher and chronicler of the life of his master, Denny, an aspiring racing car driver.

Learning all that is to be known of human behaviours and interactions from extensive television and person-watching, Enzo is the bond that holds this story and its family together. He gently observes and frets about the unspeakable heartache and the general crap that people bring upon themselves and one another. If only Enzo could speak, he would have sorted it all out, sharpish.

Of course, the story is narrated by Enzo in the last days of his life – dog sob fodder if ever there was. The film has recently been released and there is no way on dog’s earth I’m going to watch that.

Similarly, I refuse to see A Dog’s Life (book by Bruce Cameron). I saw the movie trailer. Not putting myself through that kind of visual dog-related trauma.

How about Marley & Me: Life and Love with the World’s Worst Dog by John Grogan (non-fiction)? He doesn’t mean that of course. Marley is the best dog.

We love dogs that destroy things and then give us the ‘sorry, I iz just a poor, lonely doggo’ eyes. Marley is just this kind of dog: the one that wakes the baby, swallows so many items of underwear that thousands of dollars’ worth of surgery ensues, but … is also a loyal, constant companion, fetches the newspaper, teaches the children what love is.

In a recent work of fiction, Hans-Olav Thyvold’s novel Good Dogs Don’t Make It to the South Pole introduced us to Tassen, loyal companion of World War II veteran, the Major.

When the Major dies, it’s just Tassen and the Major’s widow navigating a new way of life with various degrees of success. Mrs Thorkildsen turns to drink and regaling Tassen with stories of that scoundrel, Roald Amundsen, whose treatment of his dogs during his race to the South Pole leaves Tassen chilled. Tassen narrates this story with the pithy but affectionate observations we have come to expect from doggo protagonists and falls into conversations with Mrs Thorkildsen that surprise and enrich them both.

Closer to home, Mike White’s How to Walk a Dog introduces us to the real-life dog walkers of Wellington – the companionship, the top spots to hide your favourite sticks, the human relationships that form from the shared experience of dog ownership. This book illustrates beautifully that when we give our heart to a dog, it becomes open to so much more.

The human race has big issues. Books tell us we don’t like ourselves much – we’ve ruined the planet, value money over life, treat others with inhumanity. We inflict upon ourselves poverty, war, injustice and racism as though we have no control over such things.

But when seen through the eyes of a dog, we become heroic, strong, self-sacrificing, well worth the adoration. We can be better humans, as long as we have a dog.