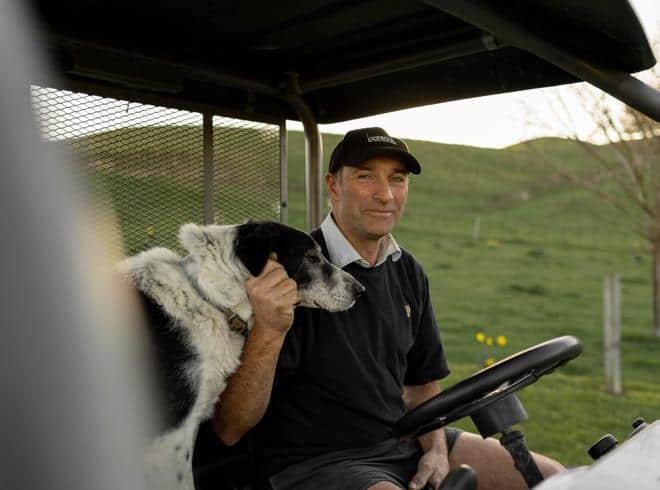 The rural sector is facing a double whammy with a serious drought and feed shortage, while Covid-19 distancing is halving the operating capacity of freezing works, forcing downsizing and concerns for the immediate future of farming.

Rain in Wairoa means it escaped the growing feed crisis but Central Hawke’s Bay, most of Hastings and the Heretaunga Plains are in severe drought, including properties under the ranges where there’s been no summer rain.

Jim Galloway, president of HB Federated Farmers, concedes it’s a kind of perfect storm that will compound in winter with many not restocking and even getting rid of breeding animals, creating a 12-24 month flow-on effect for the Hawke’s Bay economy.

Having a home and work bubble, and needing to maintain social distancing even with shearing, is part of a longer-term concern. If it continues, Galloway says the “slowdown in processing rates and increased costs will have significant effects on farms”.

While it’s different for every farm, he says feed stored up for winter has already been consumed and regrowth is being grazed off.

The main option when farmers can’t feed their stock is to move them off property or sell down; usually stock agents manage that through saleyards such as Stortford Lodge or to send them to the freezing works.

The saleyards are closed, stock agents are struggling to place stock and the freezing works are getting further and further behind. Because of social distancing, they are “operating at about 50% capacity for sheep processing and 70% for beef.”

Galloway says that means stock is remaining on farms even when there’s insufficient fodder to keep animals healthy and strong. When farmers see their animals in distress that contributes to their own declining mental wellbeing, something that’s of increasing concern in the rural community.

Meanwhile prices being paid to farmers are well down and buying in extra feed means extra cost and lower income. Lambing percentages have been down, which will also impact on next season.

Galloway says having no access to the saleyards is having a big impact. “They should be able to do something. It would make a massive difference if they were open again.”

It’s forced farmers to rely much more on technology for online sales of stock and many other aspects of the business. This, says Galloway, is likely to become the new normal.

“Tools such as Zoom may change the way we conduct meetings, as long as we can get better Internet to rural areas.”

There are a lot of unknowns but he’s hoping the banks – “Who’ve been trying to reduce their exposure to farming” – won’t be too harsh and still allow borrowing for additional feed for example, trusting income levels will return.

Galloway is holding off his own purchase of autumn restocking for his own 54 ha property on Raukawa Rd just out of Bridge Pa and preparing as best he can for winter.

The lockdown has meant he and his wife Lynette have made time for more cycling. He’s also designated grocery shopper for four elderly neighbours.

Galloway is also working with the HB Rural Advisory Group (HBRAG) on drought response. It involves
most representative parties involved in the agricultural and horticultural sector, in partnership with HB Civil Defence Emergency Management and the HB Regional Council.

The Group has created a new Drought Crisis Hub for up-to-date information, support and practical advice on feed, water, animal and people welfare, transport and feed budgeting, even using willows and poplars as an option for feeding stock.

There’s some funding for help find feed, but as Galloway has explained, “its exceedingly difficult” because there’s not a lot around and everyone’s looking for it.

Looking ahead, he says farmers need to build a financial buffer into their systems so they can better absorb the shocks ahead. Decisions need to be made earlier and “based on what you know so you are not holding out hope for something to happen”.

For regional recovery he’s clear about the first thing that needs to happen. “Cut the red tape to allow development so people are spending money on fixing problems rather than on compliance.”

That includes streamlining the way for “water storage above or underground as a priority”, including for dams and irrigation.

Of course, creating larger dams on farms would need to be robust, requiring engineering and consenting “within reason”, but he says relief in this area would be really helpful.