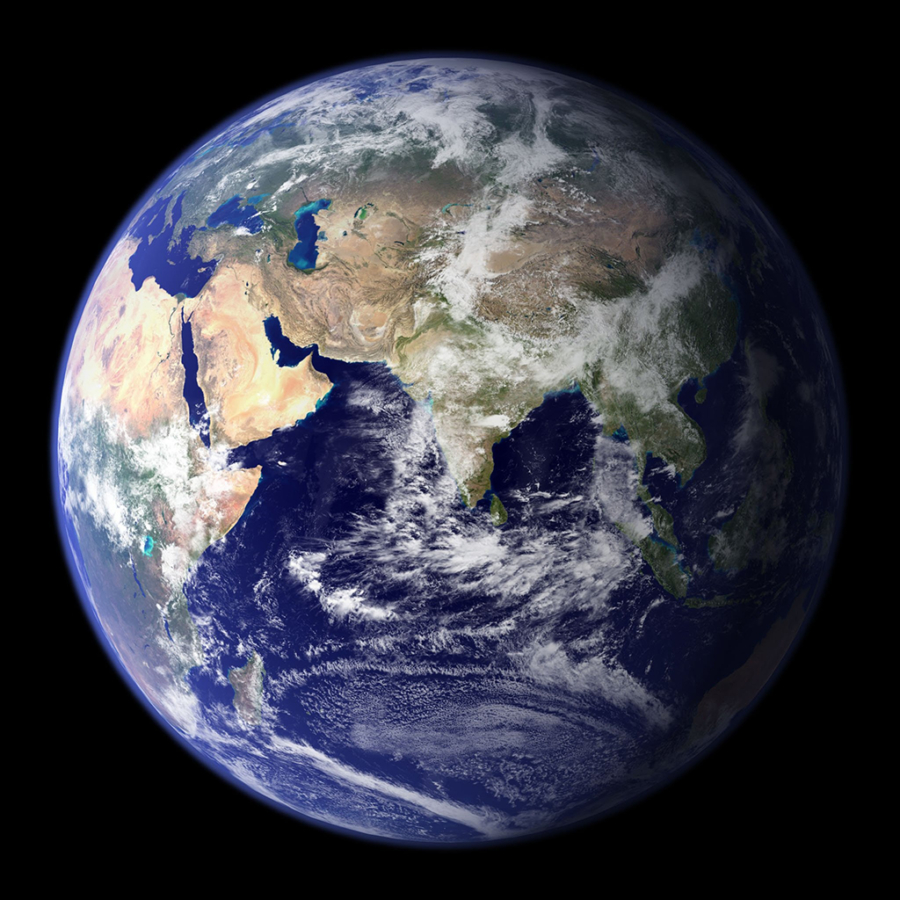 Today is Earth Day around the planet, and I’m desperate for something ‘green’ to celebrate.

From the Earth’s standpoint, the only ‘good’ news is that, ironically, the coronavirus has kneecapped the global economy so severely that humankind’s impact on the rest of Gaia has been significantly lessened … for the time being.

In fact, our natural world is now witnessing the biggest ‘lab experiment’ in human history, as massive behavior changes show their effect on our ecosystems. For example:

Here’s more on coronavirus impact on the environment.

With nearly 3 billion people in some form of confinement, emissions globally from the transportation sector are down dramatically, temporarily improving air quality in cities around the world, as these satellite photos illustrate. 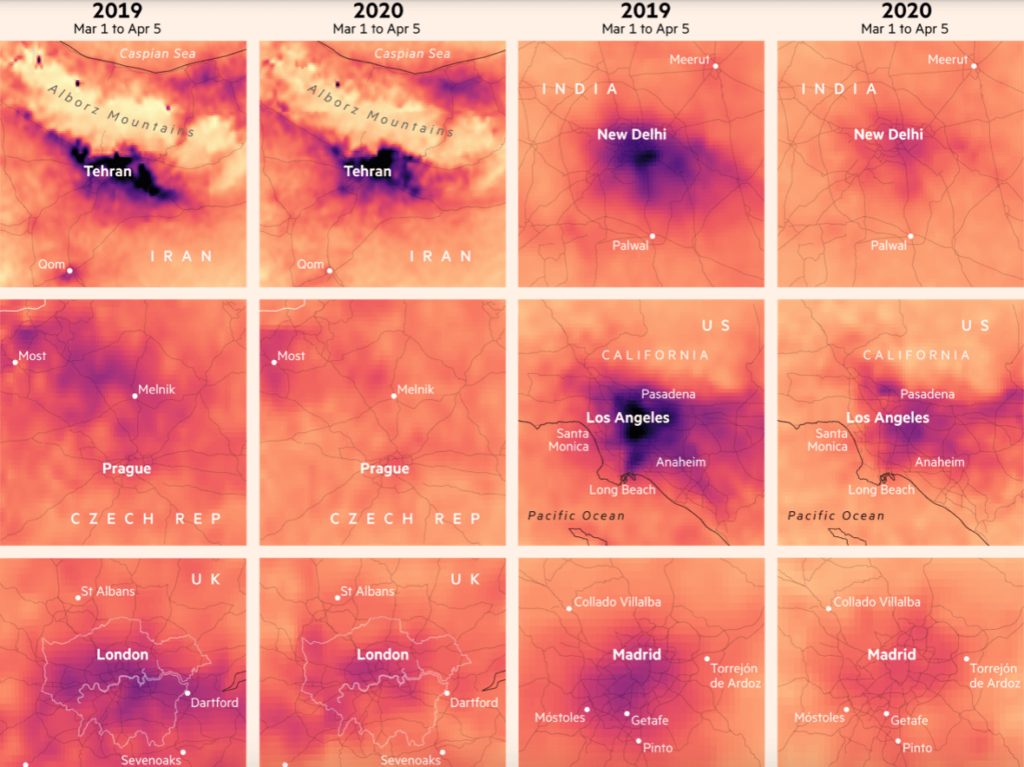 Unfortunately, these environmental benefits will likely be short-term as governments around the world, including our own, have already committed some US$3 trillion dollars to re-charge their economies.

The first casualty of this will be the environment because, as we know, ‘it gets in the way’. ‘Spade ready’ projects will be the engine of recovery, especially if ‘recovery’ simply means business as usual.

If it’s any temporary comfort – and I stress temporary – it’s that some 35 nations – including the UK, Canada, Germany, France and, believe it or not, the US – have demonstrated that economic growth can be ‘decoupled’ from the emissions growth associated with energy use. In other words, according to figures reported by the World Resources Institute, they are achieving higher levels of GDP while decreasing greenhouse emissions.

This is good news at first blush – produce more with less environmental cost – but is not likely to be sustainable in the long run without a far more complete divorce from carbon-based fuels and products. Hopefully we will get there in time.

Shell Oil – making the most ambitious commitment in that industry – has given itself until 2050 to become totallycarbon neutral, meaning offsetting not just its own emissions from its direct extraction and production activities, but also the downstream emissions created by all the secondary manufacture of oil-based products it enables.

‘Growth at any cost’ is the issue.

Certainly, we want to get our economies working, but not because of some slavish devotion to growth as a sort of Holy Grail or religious virtue. Of course, people doneed incomes to survive and, beyond that, for most of us, except the monks and visionary outliers among us, conventional ‘work’ is still the primary if not exclusive driver of our self-worth and sense of purpose.

Eventually more of us might transcend that mode, but not before a few billion more humans (no less deserving than us ‘early-achievers’) have scrambled up the same rungs of the ‘standard of living’ ladder we’ve already climbed to enjoy our comfortable lifestyles … trashing even further what we’ve left of the environment as they ascend.

And it’s not comforting to imagine what our global environment will look like at that point.