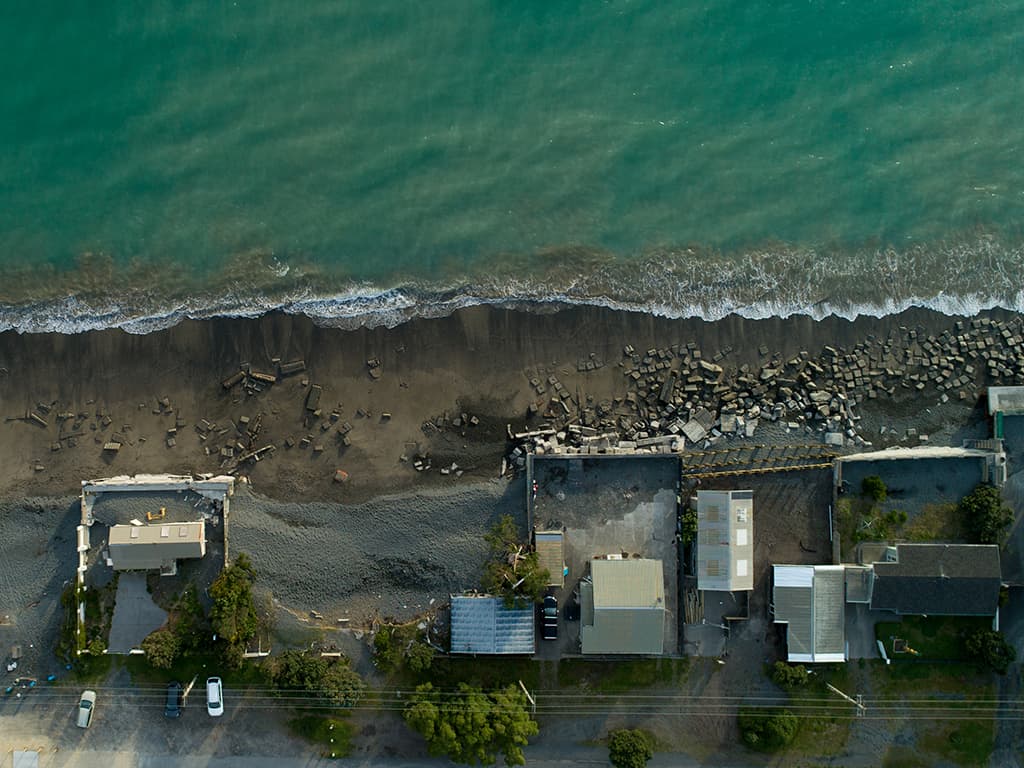 The Hawke’s Bay Regional Council (HBRC) and the Ministry for the Environment (MfE) are asking the Government to urgently sort out the confusing mix of legislation and responsibilities hobbling the HB Coastal Hazards Strategy, aimed at mitigating the coastal impacts of global warming.

HBRC, Hastings District Council and Napier City Council have been applauded for leading the country over the past six years with their collaborative coastal adaptation planning, contained in the Clifton to Tangoio Coastal Hazards Strategy 2120.

But as a leader in this field, our HB councils are now the first to confront a variety of planning and implementation obstacles.

The newly-released report commissioned by Community Resilience Ministers (Local Government, Civil Defence, Climate Change and others) aims to “get under the hood” of the challenges councils are facing and presents the Hawke’s Bay experience to help shape proposed Resource Management Act (RMA) reforms.

A ‘case study’ completed in December 2019 and finally released publicly nearly four months later (April 22), recommends changes to legislation to free up a process that has “started to push up against some roadblocks that other councils have not yet encountered”.

The HBRC and MfE report says councils are concerned the current legislative framework is unable “to respond dynamically to changing information” and “not fit for purpose” in implementing the best practice Dynamic Adaptive Pathways Planning (DAPP) approach used by the Strategy.

It says councils are concerned at a lack of Government guidance on how costs should be shared, who pays a public good component, the complex consenting environment, given that our region’s local decision-making may set a national precedent.

It recommends the Government should get more involved by contributing funds toward coastal protection plans and setting the right mix between public and private investment.

Changes or at least better integration or links between RMA and the LGA processes will be needed to address this.

Despite “having invested substantial time, effort, and money into following best practice guidance” the report says, “there is frustration at the idea that this work now risks stalling at the implementation phase”.

The Strategy has involved leading technical experts, community and mana whenua input and includes
short, medium and long-term adaptive pathways for addressing coastal hazards along the most populated stretch of the Hawke’s Bay coastline.

The main problem is that responsibility for natural hazards and climate adaptation are spread across the RMA, the New Zealand Coastal Policy Statement (NZCPS), the Local Government Act (LGA) and the Civil Defence and Emergency Management Act (CDEMA).

“The Hawke’s Bay councils describe a situation where, in the absence of clearly delineated responsibilities, they cannot decide between them who has primary responsibility for addressing natural hazards and climate adaptation.”

The total cost to implement the strategy, according to high level estimates from Tonkin and Taylor in 2016, are between $130-285 million over the 100-year planning horizon and there’s a lack of agreement on the approach and principles for sharing those costs.

More recent data based on modelling of proposed work such as groyne fields has not been released publicly.

Then there’s ‘drawing the line’ between what is paid for by general rates and what should be paid for by targeted rates for properties who might gain some benefit from protection work.

The Strategy is now in the Phase 4 ‘implementation’ stage which includes design, governance, triggers for action, and regulatory components.

The design process, which has been underway for most of this year, converts the assessment panel’s high-level recommendations into detailed concept designs with costings. This work is currently being peer reviewed.

Governance deals with the roles and responsibilities of different councils and is closely entwined with who pays for what. The regulatory stage is also thorny because there are so many hoops to jump through, including RMA consenting and local policy and regulatory frameworks.

Triggers and thresholds determine where and when action should be taken, whether that’s developing a hard engineering solution (such as groynes), revetment work, re-nourishment or managed retreat.

The Technical Advisory Group (TAG) is relying on the latest research from a Deep South National Science Challenge project to see how this might work in practice.

And then there’s the main area where work has stalled, funding. Despite the idea of an all-council contributory fund being agreed on, Hastings councillors backtracked and the approach is now stalled around “responsibility, affordability, and where costs will fall between private and public beneficiaries”.

The report recommendations are intended to inform the comprehensive review of the RMA, currently in the hands of the Resource Management Review Panel, due to be reported to the Minister for the Environment in May 2020.

It recommends Community Resilience Group agencies use the report as advice to ministers to clarify and make “more directive” the roles and responsibilities of territorial local authorities (TLAs), regional councils and central Government in relation to natural hazards and climate change adaptation.

It says the Government needs to provide further direction on integrated cost allocation, how managed retreat should be undertaken, and how to support councils wanting to implement “restrictive zoning behind defensive measures”.

As well as changes to existing legislation the report suggests specific “new natural hazard risk management and climate change adaptation” legislation may be needed outside of existing LGA and RMA processes.

The big question remains whether the tab for coastal protection is largely picked up by the joint councils or if any local targeted rate will be affordable to the communities deemed to benefit from work that saves their properties from erosion, inundation or sea-level rise.

Previous efforts dating back to before 2009 created a massive backlash along the Cape Coast (East Clive to Clifton) where at least three collaborative attempts by the community to work with joint council groups failed because of the high cost of protective measures.

That cost was anticipated to be largely levied on those living closest to the coast, leaving many older residents and those unable to pay up to $20,000 annual cost per property feeling fearful and annoyed.

That approach took very little consideration of public good components, including the fact that much of the proposed protective work would have maintained the beach and prevented erosion which threatened not only private property but reserves, road access and public infrastructure such as water, power and access.