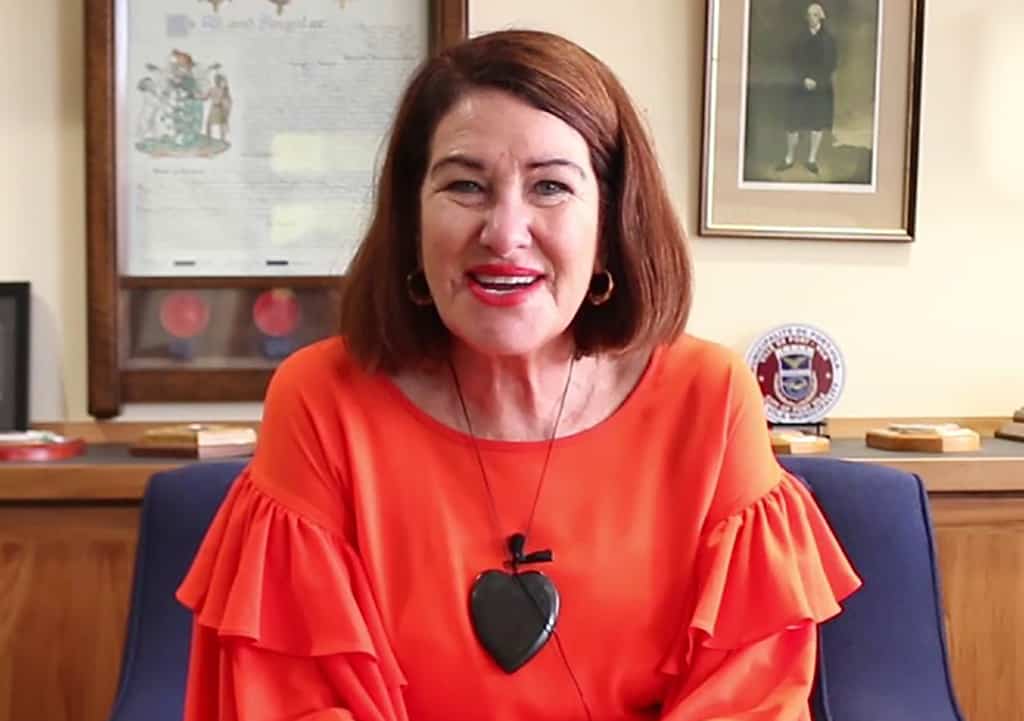 Mayor Hazlehurst says the national process is an impediment to local concessions for more timely consenting of major commercial and industrial projects and much needed housing developments.

Last week she met with groups of both residential and commercial developers who gave a clear message … they wanted to move faster.

To facilitate such projects Hastings Council is setting up a development team with planners, engineers and others. “In the past we have waited too long for consultants to help us with structure plans and that needs to change.”

Hazlehurst wants to meet with trade and associate finance Minister David Parker to ask for “special planning permission to open up some developments sooner rather than later”.

She’s heard whispers the Government may be amenable to this but nothing definite. The process now takes up to 18 months to get through the RMA planning process.

She wants the same concessions used to push through the Iona rezoning and housing development on 55 hectares at the outskirts of Havelock North. “We need to deliver homes for our people in a timely manner which we can’t do currently.”

Hastings will allow some construction-ready projects to begin while its CBD is still closed, including a hospitality suite beside the bars and restaurants in Heretaunga St West which begins next week.

Meanwhile much hope is pinned on the joint councils bid for $314 million to prioritise 67 regional stormwater, wastewater and drinking water infrastructure projectsas part of the‘3 waters’ strategy.

Hawke’s Bay’s four mayors and the HB regional council worked together for a year before submitting the application to Crown Infrastructure Partners to support the region’s recovery as well as growth in business and social wellbeing.

Hazlehurst has her fingers crossed. “We haven’t been given any timeframe or how the applications will be managed or the funds distributed or prioritised. It could be some while before we hear.”

As well as improved drinking water quality and environmental outcomes across the region, she says the joint approach would deliver broader outcomes for the economy.

It would also allow better managing of the availability of contractors and suppliers to gear up for guaranteed work estimated provide up to  490 additional jobs in the construction sector.

There was also an opportunity to upskill local people, encourage the use of local sub-contractors and suppliers, including Maori and Pasifica businesses and workers.

Hawke’s Bay already has a significant water security work programme underway led by HBRC and supported by $30.6m from the Provincial Growth Fund,.

Hazlehurst says there are a lot of projects on the books that are ready to go including “big housing developments”, new packhouses, accommodation for RSE workers and the $80 million elective surgery hospital next to Hastings Hospital backed by a group of senior surgeons and investors to meet pent up demand.

One of the major challenges, other than ticking all the permission boxes, will be ensuring we have the right mix of skills. “We won’t be able to bring in construction workers from other areas like the Philippines, we’ll have to train our own people and build up that skill base.”

One of the applications waiting for approval is a partnership between Hastings council and Ngati Kahungunu iwi for the Takitimu Trade Training School to work with EIT, and another for a residential trade training school around the marae.

While the prime goal is to employ local people there’s still a need for the right skills and the reality, she says, is there aren’t enough to fill the need in some trades, including engineers.

In other sectors, tourism has been hit hard and there’s a need for all businesses to think outside the square, “to be nimble and flexible” and look at new opportunities.

“We can’t sit back and wait for the Government to legislate, we have to have some smart thinking about how we keep people in jobs or redeploy those who may have lost jobs into other industries.”

To that end an employment hub will be established in the events centre at Toitoi when things reach level 2, hosting every group and agency that works in employment across the region to help businesses and individuals.

A current success story has been to support Wattie’s filling another 200 jobs which came from redeploying people form one sector to another.

There’s also been a strong focus on supporting our primary producers to keep the economy moving. “We’re blessed that the economy is based on our fertile land and what we harvest from it and it’s been a good season for horticulture.”

While new packhouses and more accommodations for RSE workers are being built in anticipation of further growth, that raises some questions about the future and whether some of those jobs could go to locals.

A large number of RSE workers were effectively stranded in the country during the lockdown doing essential orchard work.

Several larger employers want to hold on to those workers even for the down season. “We’re working with the Government to see if we can keep them here a bit longer,” says Hazlehurst. “Nevertheless the opportunity to train up our own people rather than continuing to bring people in has always been front and foremost.”

Hazlehurst is now setting up a post-Covid mayor’s taskforce to better understand how the different sectors are faring and look at way to help and support them and get things moving again.

One response to “Hazlehurst pushing construction”