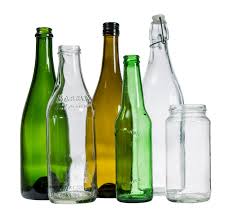 Back to the future for bottle recycling

In New Zealand, we use about 2.3 billion beverage containers each year and it’s reported only 40% get recycled – staggering, I know.

The remainder end up in our landfills and all too often our gutters, rivers, marine and wider environment. An environmental crime, not least for the waste of infinitely recyclable material, like glass and aluminium.

While both Napier City and Hastings District councils are providing improved kerbside recycling collections in order to increase the capture and recycling of beverage materials, there’s also a Government-led conversation charging ahead regarding a Container Return Scheme (CRS).

Do you remember the ‘good old days’ when you could take your empty beverage container back to the dairy and get a few cents for it? For readers old enough to remember, this will no doubt generate nostalgia around buying lollies with the refund.

Momentum for a beverage CRS has been building over the past few years, particularly as a way of combatting plastic pollution. And, it seems like a scheme will be put in place in the near future, with Government announcing in September 2019 work was underway to design a CRS for New Zealand.

You buy a beverage, which has a deposit built into the cost. When you are finished with it you take the empty container to a recycling depot (in some countries they use reverse vending machines) where you get your deposit back. You can also put the container in your kerbside recycling or give it to a community group, in which case those parties can claim the deposit.

What the deposit will be is yet to be decided, but in other countries it ranges anywhere from 10c to 30c – not insignificant considering the vast number of beverage containers Kiwis get through annually. It’s also a tangible reflection of the true cost of properly dealing with those containers at the end of their often very short life.

As you can see, a CRS offers an incentive to keep recyclable material out of landfills and the environment and makes it available to be recycled. This in turn promotes a circular economy – where resources are kept in use as long as possible.

One of the major upsides – in terms of collection – is it separates the containers before they are collected, reducing the chance of contaminating other recyclable material like paper and cardboard.

It’s important to distinguish the deposit from a tax. It is not a tax as the money is used to run the scheme and doesn’t flow to Government coffers.

While the scheme is still in the design phase, an announcement by Associate Minister for the Environment is expected mid-year. Should a CRS be approved, this will put New Zealand on the same footing as Australia and a growing list of countries where the beverage industry plays a more active role in improving recycling.

There are a number of challenges facing the design of a CRS, including the impact on existing kerbside recycling services, and what materials should be included. For example, some Australian states exclude dairy and wine containers.

You can see how there will be some confusion and potentially loss of recyclable material as a result. At a time when we want recycling to be as easy as possible, it’s best to keep things as simple as possible.

If a CRS is designed to suit New Zealand needs and complements current collection and recycling systems, then it is bound to be an excellent way of seriously reducing littering and landfill volume, and loss of recyclable material.

Other countries such as Norway and Australia have shown drastic increases in recycling rates and reduction in beverage container littering as a result of a CRS, and I’m confident the same can be achieved in Aotearoa.

3 responses to “Back to the future for bottle recycling”