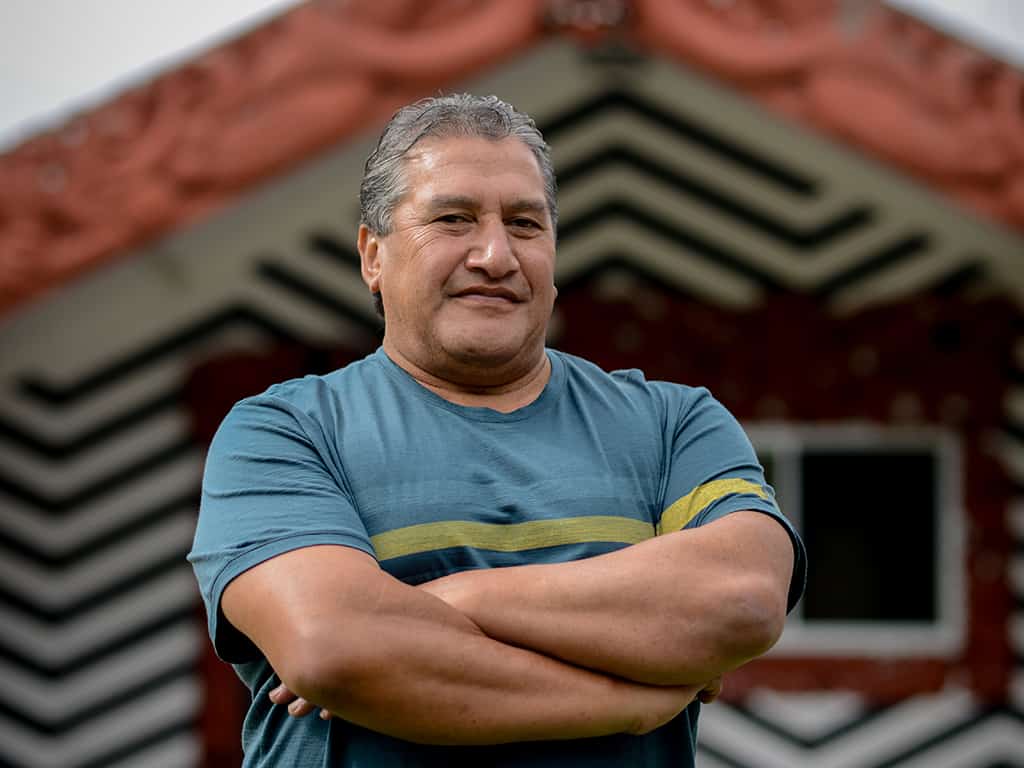 Maori need assistance to upskill and engage in the post-Covid economy so they’re not left even further behind than they were in the wake of Rogernomics and the global financial crisis (GFC), says Ngati Kahungunu Iwi Inc (NKII) chairman Ngahiwi Tomoana.

“We need to ramp up training and upskilling so Maori are in trades – and sought after and higher paid jobs rather than where we are at the moment in low paid high-risk jobs,” says Tomoana.

As head of the Iwi Chair’s Economic Recovery Programme, he’s trying to get the message across that Maori have a young cohort who can carry the labour needs of this country for the next two generations.

That requires urgent investment in training to ensure they’re ready for the opportunities ahead. He says the Government should be ensuring a percentage of its contracts go to Maori businesses to ensure they’re invested in the future of the nation.

He’s working with ministers Kelvin Davis and Nanaia Mahuta and “making overtures” to prime minister Jacinda Ardern, finance minister Grant Robinson and his associate David Parker to get behind a “massive upskilling of Maori”.

“We’re saying unless that happens you are going to get a post-Rogernomics impact of up to 26% unemployed and a long lag before we recover.”

When BayBuzz called, Tomoana was on a Ngati Kahungunu-owned fishing boat off the Cape Coast doing “a customary trawl” gathering kaimoana for the tribal foodbank.

“Because our people work in close proximity to each other in groups there’s been a dramatic impact on employment and productivity, even at the freezing works where productiveness has slowed.”

While primary industries were still ticking over, it was in manufacturing, construction and infrastructure industries that Maori were “really finding it hard”.

Post-Covid, he says some of these businesses will pick up again, but it’ll be more difficult for smaller business and contractors and every help will be appreciated.

That includes whatever comes the way of Maori as a result of the $314 million ‘3-waters’ funding the joint councils are hoping to get from the Government’s infrastructure fund.

Tomoana says the ‘Maori economy’ went from strong in the 1970s and early 80s to “almost a labouring economy now”.

“I was at the Whakatu Freezing Works when 2,000 of us lost our jobs, then two years later Tomoana, Birdseye, Morrisons and other places closed down. While people may have found other jobs, they were not of the same pay standard or up the value chain.”

He says the country will be reluctant to hire overseas workers after Covid-19, but unless Maori are trained to take those jobs now, “we’re doomed to repeat the sins of the past with Maori not contributing to the national economy”.

NKII has been working with the Government and Hastings City Council on establishing a trades training school which would take up to 100 cadets a year learning trades, logistics, truck and forklift driving and operating heavy machinery.

He says a lot of compounding factors forced employers to go offshore looking for cheap labour they could turn on and off at will.

The workforce they came to rely on worked weekends, nights, in the rain and in dangerous situations, because they were coming from economies where there were no benefits and miniscule labour rates, he says.

“We’ve used South American labourers to do our milking and dairy herds, Pacific Islanders to pick our fruit, Filipinos to do work after the Kaikoura earthquake and Asian cooks for our hospitality industry.”

Tomoana says too many assumptions have been made that Maori weren’t skilled enough to do those jobs or reluctant to do the low paid seasonal, high risk jobs.

“The reality was if you came off the unemployment benefit there were huge stand down periods so you were penalised for working.”

He says the Government must invest in local contractors and businesses so the revenue stays in the region. “We were having these discussions pre-Covid so I’m hoping it doesn’t get put in suspended animation in the massive effort to ramp up our economy.”

In the past, he says, the Government has gone to mostly overseas-owned players: Downers, McConnell, Fletchers … in a big bang approach “that disenfranchised the regions” and the local economy.

“We have to have an upsurge in regional economic virility. Without that we’ll be at the whim of national players.”

Generally NKII investments have performed well through the crisis. While the volume of iwi fisheries exports with China and Japan, Australia and South East have remained the same, the returns have greatly decreased, although that’s been balanced out by local demand.

“We’ve been riding a huge surge in value over the last 10 years and we were waiting for it to plateau out at some stage. It hasn’t come down as much as we expected but at the same time the local and regional demand has stepped up, especially in the past four weeks.”

Tomoana says primary industry will drive post-Covid recovery so Maori have to make sure they’re owners of those kinds of businesses and part of the whole value chain, “not just the labourers at the end”.

The big hope he holds is that there will be some traction on negotiations for Maori to have rights for a percentage of the $42 billion the government spends annually on procurement contracts.

He claims Australia, Canada and the United States allow indigenous people to tender for all contracts proportional to their demographics which are around 20%. “We’re at 15% so if we were able to tender for 15% of government contracts that would give us a massive ability to drive our own economy.”

Now he says the focus should also be on showing that we can also do “arataki and ohanga well, economics and development”.