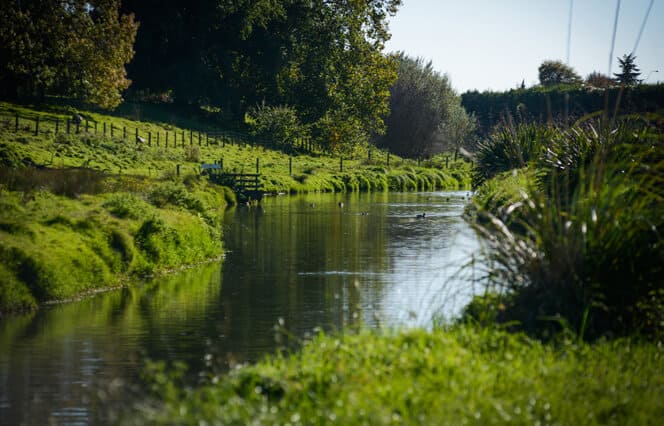 The Government announced its anxiously-awaited freshwater policy decisions this week, under the rubric ‘Action for Healthy Waterways’, with interest groups across the spectrum fairly muted in both their praise and criticism.

For example, Fish & Game called the reforms a ‘significant step forward” before getting to the expected “however …”. At the other end of the spectrum, Fed Farmers said “the Government has heeded some of the rural sectors concerns … however, the proposals still have some sharp edges that will bite our farmers”.

So, no one has thrown their toys out of the crib, yet.

Normally that indicates that an adroit political balance has been achieved, what politicians call ‘pragmatism’, with no one’s interests fatally gored. Indeed the Green Party’s James Shaw called the policies the “strongest protections a government has ever put in place for waterways”.

Whether these policies are in fact the best outcome for the environment – or even ‘good enough’ – remains to be seen as details are better digested and implementation plans get crafted by regional councils.

BayBuzz will look into all of this in depth in weeks to come.

First, wariness in the face of economic hardships from Covid yet to be fully felt, including in the farming sector. While the Government calculated $3.9 billion in net economic benefit from the reforms over the next 30 years, these are generally slower to materialize than the immediate costs of changing farming practices and other water management practices and meeting more stringent regulatory standards.

Hence, for example, timetable concessions to farmers regarding riparian fencing and exclusion of all stock from waterways, delaying certain environmental bottomlines, delaying inclusion of water management in mandatory farm plans, and slowing the introduction of such farm plans … now described as an “evolutionary” process.

Second, perhaps more directly political was the influence of NZ First, most significantly on the decision to defer for another year of ‘study’ the imposition of so-called DIN limits which would sharply curb fertilizer use. Labour backed-off on this key issue at NZ First insistence (It “scared the bejesus out of farmers,” said Shayne Jones) despite 13 of 18 of the government’s science technical advisers recommending such limits.

Hopefully that impediment to sound science will disappear along with Shayne Jones after the September election. In the meantime, under the announced policy, at least DIN levels must not increase.

DIN limits are presently in place in Plan Change 6, which governs farming practices in the Tukituki catchment, much to the consternation of CHB farmers currently discharging harmful nitrogen into the catchment’s waterways … triggering their obligation to apply for farm consents for the first time.

At a glance, many of the elements of the Government policy follow directions taken in Hawke’s Bay by our TANK plan which is currently open for public submissions. A few requirements go a bit further, such as mandatory consents and conditions for feedlots (which have been a problem in CHB for the Tukituki).

Perhaps most striking to me are provisions that begin – barely – to actually tell farmers how to farm, or lay the groundwork for eventually doing so. Farmers have always strongly preferred to have any environment-related requirements stated as outcomes to be met, with the farmer left to decide how to comply.

For example, the Government will put a ‘hard cap’ on nitrogen fertilizer use of 190 kgs per hectare per year on pastoral farms (it won’t apply to arable farming or horticulture). Environmental critics say that number is way too high (the settings will be reviewed in 2023), but it still represents Government instructing farmers regarding their use of inputs.

Another example involves the restrictions effectively placed on farming intensification. Consents will be required for certain land use changes that would involve, for example, more conversion to dairying, expanding irrigation on dairy farms, expanding intensive winter grazing, and winter grazing on steep slopes … all practices usually associated with greater nutrient (or soil) loss to waterways. It’s assumed that the requirement to obtain consents in these situations, a potentially formidable process, will in fact deter farmers from considering such land uses.

So the devil will still be in the detail, and in how our Regional Council proceeds with implementation.

The Government awarded $700 million to farmers to help them adjust to doing what they should already be doing; it awarded environmentalists zero dollars to support effective, informed monitoring of this process. Maybe the HB Regional Council should address that imbalance.