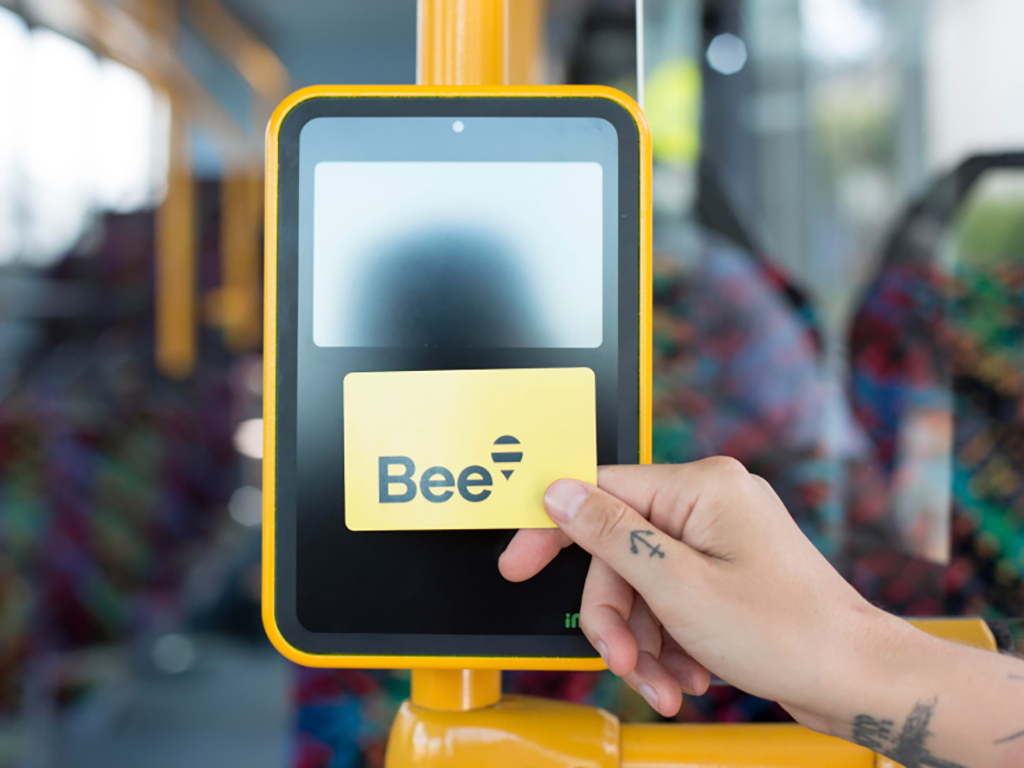 An attempt to counter poor patronage on bus routes in the Napier-Hastings region and reduce the number of cars on the road will begin in August with the trial of flat fees and a new Bee Card ticketing system.

Hawke’s Bay is one of eight other regions moving to the integrated ticketing system, which means card holders will be able to use their cards on those transport systems as well.

Hawke’s Bay Regional Council has given the go-ahead to the new system allowing passengers to tag on and off bus routes; and a flat fee of $1 for single zone trips and $2 for two zones is still waiting on support from the NZ Transport Agency (NZTA).

HBRC wants NZTA to foot some of the cost of the lower fares. “These are big reductions in fares and it’s great to see council support for more people getting onto our goBay buses,” says Regional Transport Committee chairman, Martin Williams.

He’s hopeful the Bee Card system and new simpler, cheaper fee will herald “a step change in public transport use in the region.”

HBRC has been exploring the point where carbon footprint reduction through reduced traffic on the roads and the economic benefits of more people using public transport converge.

Some of its research has been based on NZTA calculations that for every 10% decrease in fares there would be a 4% increase in patronage, with annual public cost benefits likely to be between $8-$13 per public transport user.

Those assumed benefits include increased public mobility, less vehicle use, lower crash risk and the freeing up of the road and public parking capacity.

The move is part of a wider review of public transport options being undertaken as part of the current Regional Transport Study which is evaluating more diverse options including ‘on-demand’ services that will complement the existing core bus routes.

While aiming for August, no specific date has yet been set for the launch of Bee Card, but a public campaign will begin once all the details have been sorted out.

The system will also give the regional council important data on passenger use, hot spots along the routes, and fare collection to inform future transport network planning.

The system was first launched in Whanganui in December last year but roll out to other regions required further work on back end systems and compatibility required .

Centres likely to be included in the wider roll out once Hawke’s Bay is on board will be Manawatū, Whanganui, Horowhenua, Waikato, Bay of Plenty, Taranaki and Northland.