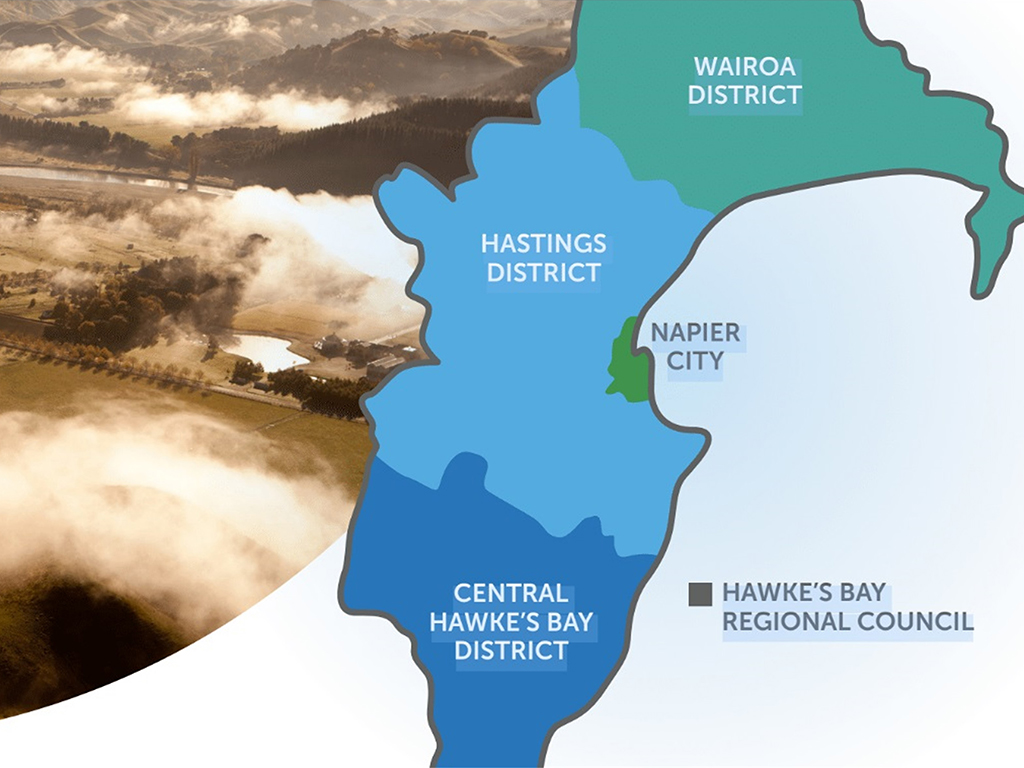 Hawke’s Bay’s five councils are operating in a more collaborative and collegial way than anyone could possibly have imaged three years ago with the challenges of the Covid-19 state of emergency further cementing an evolving regional partnership.

Creative thinking, fresh blood, a push for shared services, new technology and more relational leadership connections have superseded the parochialism that dominated the 2015 super-council referendum and possibly created an example for the country.

Rather than twin cities at war over trivialities with Wairoa and Central Hawke’s Bay as the outliers, councils are leveraging shared resources, thinning out bureaucratic obstacles to innovation and actively pursuing common goals.

Through Covid-19 the mayor and chair and the chief executives of all five councils, along with iwi, business leaders and other Hawke’s Bay stakeholders worked more closely by replacing travel and physical gatherings with endless Zoom meetings.

The five councils had a combined operating expenditure of $199 million for the 2018/19 year with $1.5 billion of local government investment planned for the region and recently an extra $68m from the Provincial Growth Fund (PGF) to invest in transport infrastructure, digital connectivity, water storage, skills and employment.

That doesn’t take into account the $500+ million Government investment in recovery programmes and assistance for businesses and training programmes, including the Three Waters initiative.

Policy planning managers from Hawke’s Bay’s councils continue to explore ways to prevent restrictive local and central Government rules, regulations and processes getting in the way of regional progress.

Several meetings have been held over the past 12 months to discuss shared interests ahead of respective district plan reviews and a number of cross-council groups are working with a regional focus.

“Obviously not all share the same interests equally, but we have had several exchanges regarding the implications of the Government’s numerous new resource management-related proposals and some council planning teams are working closer with their neighbours than others,” says Tom Skerman, HBRC group strategy manager.

Hastings mayor Sandra Hazlehurst says regional leaders were working together pre-Covid but that’s now ramped up. “We’re all like-minded and in agreement and putting some pretty big pressure on our chief executives to look at our road to recovery so we come out of this as best we can.”

“We can’t do this on our own, there have to be strong partnerships with central and local government, with iwi and the NGOs who are working with us in the community.”

She says it’s a welfare response as well as an economic response in line with the national framework to go from response to recovery. “Locally that’s under the HB Civil Defence and Emergency Management (HBCDEM) group and the recovery part will also be led by Hawke’s Bay Regional Council.”

In February the joint councils hired regional procurement director Simon James to coordinate shared services across HBCDEM and Matariki. They’re now awaiting the appointment of a recovery director to oversee the Regional Recovery Plan, a position currently being advertised.

“All the TLAs will have different needs and opportunities and recovery plans but once a regional recovery manager is appointed we’ll all work within that framework,” says Hazlehurst.

Central Hawke’s Bay District mayor Alex Walker is chair of the HB Mayoral Leaders Forum, the key group that has been pushing for better relational connection. When local community recovery efforts are coordinated she believes “we can add one and one and get three and amplify what happens at a regional level”.

Tying it all together is the 2019-2022 Triennial Agreement forged by the mayors and chair, which provides the framework for all councils to work collaboratively and improve co-ordination and communication.

What set the scene for the current changes was the formation of Hawke’s Bay Local Authority Shared Services (HBLASS), a legal entity under which the collaborative efforts of the five councils was to be managed.

HBLASS was formed as a result of the 2015 amalgamation debates and regular meetings of the Chief Executives Forum to provide guidance on improving the delivery of service and value across the region.

When the new council term began at the end of 2019 councillors were issued with the HBLASS collaboration plan, but the reality is the name and the entity are being phased out.

While much of the information is still online, HBLASS is no longer officially referred to, having been superseded by what ended up happening organically … a cross-council culture change.

“There was a lot of governance … which in some ways stopped traction,” says programme manager Toni Goodlass, who is temporary regional recovery director until a new person is confirmed in that role.

“The old HBLASS model just isn’t relevant anymore …We have transitioned to forming a culture of collaboration in the past 12 months.”

HBRC chief executive James Palmer confirms that HBLASS has essentially been shelved. The more collegial gatherings of regional leaders; the mayors and chair and stakeholder groups who openly discuss and working together across a range of projects, have made HBLASS redundant.

Palmer says it was recognised that most shared services were delivered by councils on behalf of each other or through informal cost sharing of services. “The overheads of running a company were unnecessary.”

Under the Triennial Agreement the HBCDEM and Matariki are still the pivotal service frameworks.

There are a range of ongoing plans and discussions for revising annual and long term plans and its hoped the new regional stance will give the five councils more clout in addressing regional issues and dealing with central government.

Hastings District Council’s IT team have designed and manage and maintain the award-winning web presence of all councils and there’s been a joint procurement approach for council purchases of products and services, including energy and insurance, and products to save ratepayer’s money.

Many faces of bureaucracy

Tom Skerman says reducing ‘bureaucracy’ has many faces.  “An obvious one in recent times is the ability to lodge resource consent applications online and he wonders whether other councils have the ability to move applications for other permits online. 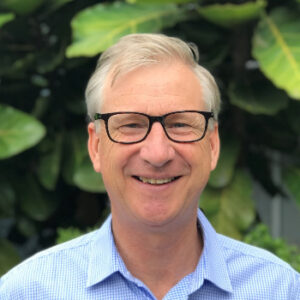 He commends Hastings District Council for the innovative approach to its district plan: “a smart e-plan that users can click and select to get basic information about what district plan rules apply to their particular land of interest.”

However, the new face of cross council relationships remains complex, and as Skerman says, it’s still “far from a one-stop-all-council-regulation-enquiry-shop”.

He says HBRC’s most recent example of streamlined regulation is the proposal to add new rules for managing water quality and quantity to the TANK (Tūtaekurī, Ahuriri, Ngaruroro and Karamū) catchments plan to comply with RMA changes made in January this year.

Skerman says the Tukituki Overseer recalibration is another example where regional plan content became outdated, and yet “any upgrade requires us to promulgate a plan change process or some miraculous legislative fix which is not currently on the horizon.”

​This issue was highlighted by a mix up in versions of software used to calculate allowable nitrogen levels across 330 farms in the Tukituki River catchment. HBRC used an older version of Overseer while farmers were required to use a more recent online version which gave different farm profile results.

Facing a deadline at the end of May, farmers were forced into a work around to avoid becoming non-compliant, while HBRC, still has to go through a plan change to rectify the issue.

Skerman says it is far easier to broadly state what regulation is not rather than what it is. “It’s not all about the RMA and resource consenting which “often get blamed for many things that aren’t in that lane such as fencing rules or building inspections”.

“I’ve heard builders, surveyors and engineers grizzle about some things that can be done in Bay View which is different than what can happen in Whirinaki or vice versa and nine times out of ten it’s about a building code thing or an engineering design standard.”

He points to progress being made by Napier and Hastings councils, which have ‘aligned’ their respective codes of practice for engineering and subdivision works.

For example, Napier District Plan Change 10 enabled better consistency aligning it with similar provisions in the Hastings District Plan while Central Hawke’s Bay District Council is reviewing its plan to align content, where appropriate, with Hastings.

Skerman is confident that councils would be prepared to work together for jointly-notified resource consent applications or hearings, although they can only do so much.

“The rest is still often in hands of third parties and legislative prescribed process, for example the Government launching its post Covid-19 recovery RMA amendments to streamline consenting of larger projects.”

Nevertheless, there are ongoing efforts to achieve a more collaborative approach including the building inspectorate team leaders having “exchanges” about Building Act and Building Code matters and “aligned administration of those regulations”.

Planning and consent staff from the five councils have discussed the implications of the national environmental standards for plantation forestry and how these would be practically administered.

The HBCDEM includes five staff from councils’ planning and building teams, which convene briefings around the issues covered in the Hawke’s Bay Hazards Portal.

And Skerman says development of Stage 4 of the Clifton to Tangoio Coastal Hazards Management Strategy involves a regulatory workstream exploring “barriers and opportunities” in local resource management planning documents and legislation. A report is expected in August.

Meanwhile Napier is reviewing its district plan with a new direction for urban development and Hastings has a series of plan changes on the table which require “reconfiguration of funding policies, infrastructure strategies and plans”.

All of that, says Skerman, illustrates that streamlining processes is never a simple as “changing one thing and job done”. While legislation can be enabling, it can also be “quite demanding on rigour and process”.

Chairs Forum chair, Alex Walker is hoping to see more consistency in “what communities see and the efficiencies which are reflected in our budgets and the rates we have to collect” with staff across councils talking at many levels to “make sure we can operate in harmony.”

Hastings mayor Sandra Hazelhurst says the Covid-19 period has been the biggest opportunity to revisit how councils are working together, including the use of technology that has opened up new windows for collaboration.

The general sense is that obstacles to more effective and efficient decision-making across the region need to be removed, and in some cases central Government needs to clear the way for this to happen.

And to be fair, some would argue that all this ‘collaboration and cooperation’ across so many of the region’s issues – from simple procurement to huge strategic initiatives – with its costs in time, energy and resourcing, is simply the unfortunate consequence of failed amalgamation!

One response to “Cross-council cohesion matures”