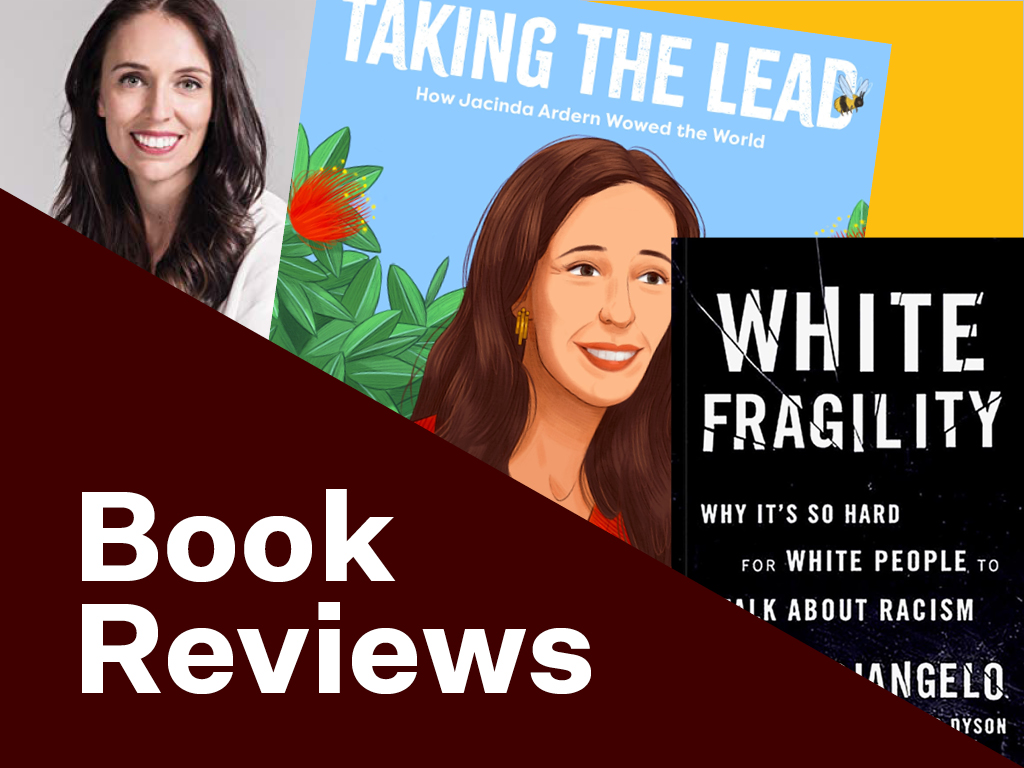 Political meat & potatoes, and veggies too

As we emerge, blinking into the post-lockdown world, what are the concerns of readers in the Bay?

Many of us are still politics-obsessed, and why wouldn’t we be, with the national and global drama making it the new reality TV?

We’re being constantly confronted by the opportunity to do something fresh, take the opportunity to capitalise on having had to move fast and break things in order to survive, so what’s out there in the reading world to guide the way.

With the current situation(s) in the States, there’s been an uptick in interest in books concerning race and democracy in particular. There’s some unsettling and confronting reading out there.

White sociologist Robin DiAngelo blames herself and people like her (white liberals) for refusing to acknowledge their part in sustaining racist systems in her book, White Fragility: Why It’s So Hard for White People to Talk About Racism. Place this book next to Aotearoa’s own Imagining Decolonisation and you have dinner party conversation far meatier than Netflix and, I dunno, rugby league. Difficult, unsettling, challenging reading, getting more and more relevant each time we turn on the radio or TV news.

Philosopher A.C. Grayling turns his thoughts towards representative democracy in Democracy and Its Crisis. He finds historical instances of the issues facing today’s democratic governments and analyses how they were addressed, and with what success. More brain food for the concerned citizen bouncing between checking their privilege and fearing the rise of the white supremacist.

Jacindamania has been fuelled by a children’s picture book by David Hill and Phoebe Morris entitled Taking the Lead, and two unauthorised biographies: Jacinda Ardern: the story behind an extraordinary leader by Michelle Duff and Jacinda Ardern: A new kind of leader by Madeleine Chapman.

Taking the Lead was accompanied in store by a little ballot box in which children were encouraged to vote for who they would like a book about next. A straw poll taken in Wardini Books showed that most children would like a book written about themselves, or failing that, Taika Waititi (possibly with some staff encouragement).

To level the playing field, Judith Collins releases her memoir in July this year. Entitled Pull No Punches: Memoir of a political survivor, old Crusher promises to be funny, forthright and fearless. The daughter of Labour voting dairy farmers began her political career at the age of 10 when she became class president before, like many politicians, becoming a lawyer and then MP for Papakura in 2002. It’s not clear whether an emergency chapter about the recent National Party leadership stoush will be added, but if it was that would make some juicy reading.

June sees the release of Golriz Gharaman’s Know Your Place: The story of a child refugee who faced her fears, found her home and accidentally made history. Political inclinations aside (Gharaman is a member of the New Zealand House of Representatives for the Green Party), the story of an Iranian asylum seeker who went on to become a United Nations human rights lawyer (again with the lawyers) before becoming the first refugee elected to the New Zealand Parliament is set to be an astounding read.

Its focus is on breaking barriers and the daily grind of prejudice faced by women and minorities. Add to that her diagnosis of multiple sclerosis and her determination to raise awareness of the disease and we have some pretty substantial reading.

And now for something completely different … but everything’s political, right? The other type of book flying from the shelves is the perennial favourite, the cook book.

But with an eye on health and the environment, it’s the vegetarian and vegan tomes that are getting the attention. Nadia Lim’s Vegful was bought for just about every mum in Aotearoa this Mother’s Day. And cheeky chappy Jamie Oliver promises ‘easy and delicious meals for everyone’ in his latest, Veg, the inference being that ‘everyone’ is the traditional consumer of meat and potatoes.

I confess to owning a stained copy of the latter and can attest to its success, the mushroom stroganoff and Indian style chip butty sneaking onto the table, defiantly meat free and wolfed down by ‘everyone’.

So, there we have it. Books to read, digest and discuss in mind boggling depth over a Jamie or Nadia-inspired dinner. Or you could just watch Ozark and be glad that no matter what, your stress level will never be as high as Marty Byrde’s!