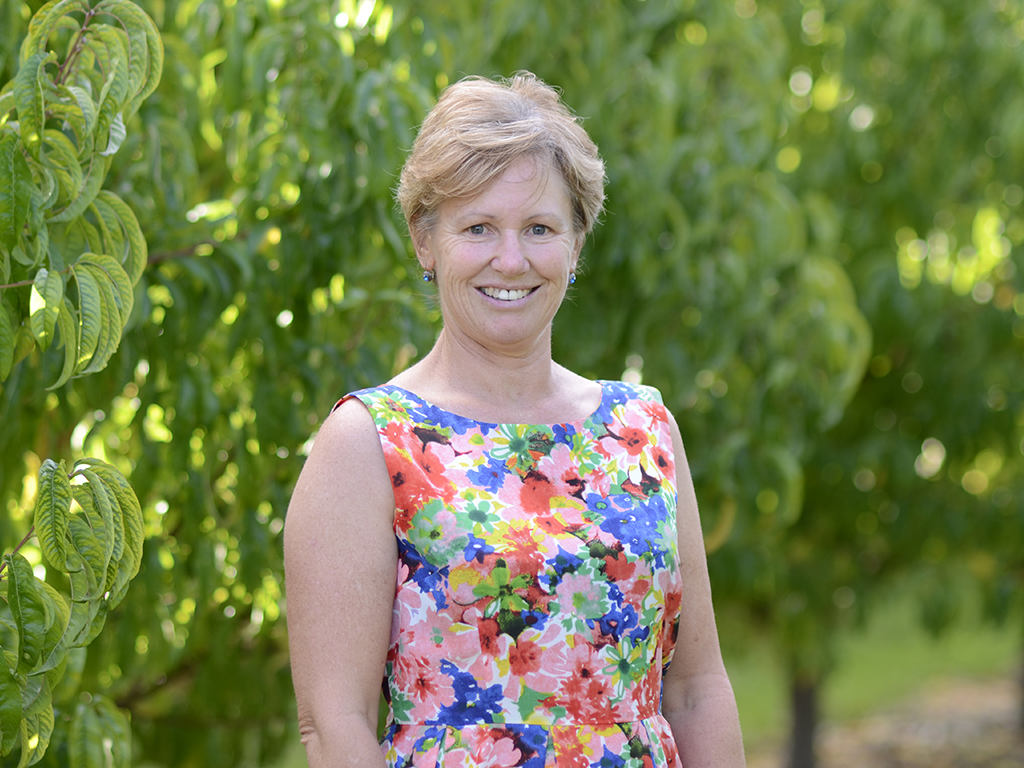 As global demand for fresh fruit accelerates in the post-Covid world, Taradale-based ABC Software is seeing increasing interest in its smart orchard and packhouse management software.

“Fresh food is the big noise,” says Sharon Chapman, whose company has been working with horticultural companies on both sides of the Tasman for over 24 years.

“There’s a lot of talk about health and the message that meat and dairy aren’t exactly healthy, so we feel we’re supporting an industry where the investment is going to be,” says Chapman.

ABC Software specialises in cloud-based customised software that streamlines business processes including inventory, labour management, quality control, traceability and reporting in a field where there are surprisingly few competitors.

In New Zealand its main clients are apple and cherry packhouses and in Australia avocados, mangoes, cherries, table grapes and citrus orchards and packhouses.

Chapman believes most New Zealand apple and kiwifruit packhouses have good systems in place, and cherries will be next with new export orchards being developed.

She says our stronger export focus gives us an edge over Australia, although growth will require continual investment in research and development, reducing reliance on people in orchards and adopting more robotics.

While ABC Software has interfaces with systems such as payroll and hardware, including printers and robotics, essentially “we follow the information … we follow the fruit from the field to the supermarket,” says Chapman.

She says adopting new software is like investing in infrastructure, it’s an asset you buy. “When there’s expansion and growth people will invest accordingly and we’re in a good space for this.”

The company is expecting to be hiring once or twice in the next 12 months. “There’s a lot of optimism in this space and people are spending money,” says Chapman.

ABC Software was unaffected by the Covid-19 hiatus with its team of 10 mainly working from home on existing development work, new business, fielding more inquiries and ramping up their own in-house innovations.

Staff underwent training on the use of IBM’s Agile methodology, “a faster, more incremental approach” to software development using new processes and tools.

Previous development required gathering all the details and planning what the end project would look like before starting work on a project.

Beyond the paper trail

The new approach “allows you to adjust and adapt as you go”, enabling ABC to build projects alongside clients “and keep ourselves in front of the curve,” says Chapman.

Collection of data is an essential part of orchard management and compliance reporting, which begins in the field, recording the time and throughput of workers along with bin numbers and weights.

ABC’s approach is software on handheld devices so information is entered once and moves through the system to packhouse processing when the bins get tipped into a run.

“Once you collect accurate data … it’s accurate wherever else it’s used because there’s no re-entering,” says Chapman.

“If something comes in one door and goes out another and completely changes its shape by the time it’s sold, we need to know all of that to report on it and pay for it.”

The biggest challenge is orchardists who are comfortable collecting pieces of paper and then copying details onto another piece of paper. Like many farmers, she suggests they often work up to 70-hours a week doing everything themselves.

There’s often a resistance to going digital, which Chapman suspects will only ease over time as younger people familiar with the new tools move into orchard management.

Using paper is time consuming, “It’s doing it hard … Our goal is to take the paper out of the orchard and collect it all digitally”.

While robotics aren’t going to take over the orchard anytime soon, she says it’s certainly going to happen. While technology to reduce the number of people working in packhouses is expensive for three to four months a year, she says “it’s part of a continual evolution away from people.”

The next stage is planting a certain way and trialling new picking technology; and there are already 2D plantings in Hawke’s Bay, she says even that could change in two years’ time.

In the meantime, a number of orchards have trees with another 15-years of life in them. “There’s a lot of research going into this and in 10-years we will have apple harvesters just like we now have grape harvesters.”

Chapman says as a food producer or a software producer you have to do the best you can. “I like it when we put software into an orchard and something hard becomes easier or they realise they can now have Saturdays off. I get a big buzz out of that. That’s what gets me out of bed.”

She says change is constant. “You wake up in the morning and read an article and wonder how is that change going to affect me. Who knew Covid was going to rock up? Change is part of being alive.”