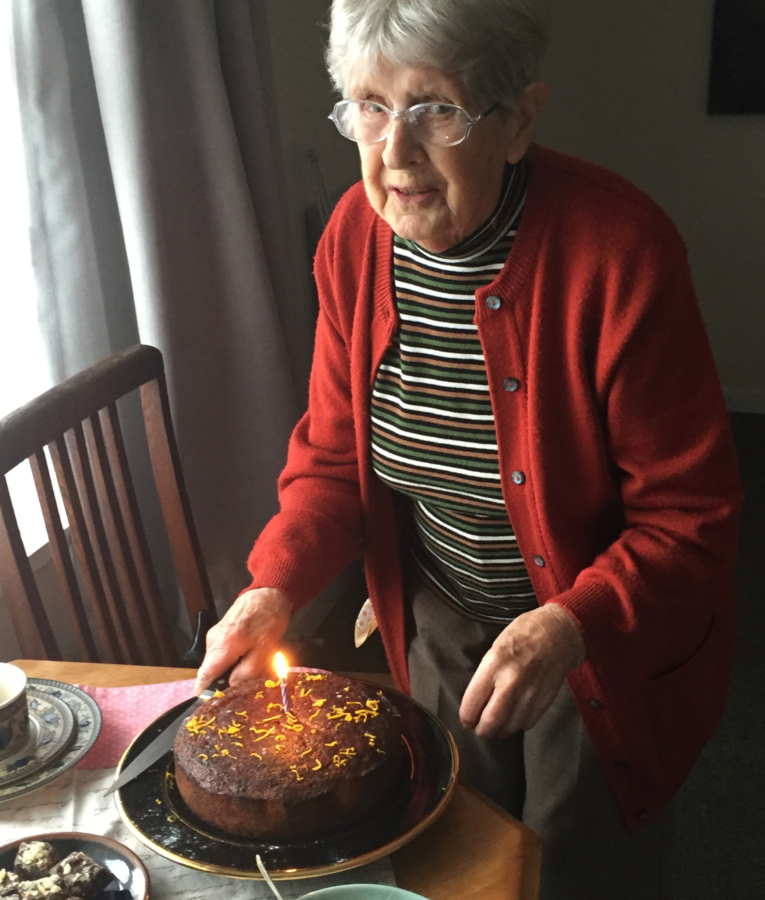 In my personal Pantheon of Hawke’s Bay issue activists, none ranks higher than June Graham, who’s just celebrating her 89th birthday this week.

Perhaps I’m biased because she once served as BayBuzz’s circulation emissary to Taradale, ensuring that Greenmeadows New World and several dozen shops and cafes got their copies and were faithfully refreshed.

I first met June at meetings of Baywatch, the Hawke’s Bay’s environmental advocacy group organised over a dozen years ago by Liz Remmerswaal and Angela Hair as an regional umbrella for a dozen or so local conservation groups. June regularly brought her determination to improve the environment to the meetings … and made sure we didn’t lack for sandwiches and biscuits!

Somewhere along the line, she served on DoC’s Conservation Board for East Coast/Hawke’s Bay, and thought nothing of driving to Wellington and back in a day so as to claim her few minutes and put her views directly to a Select Committee or hearing panel.

Over the years June has been a fixture at Regional Council meetings … a dedicated submitter and occasional gentle but pointed rebuker of miscreant councillors. I can’t think of anyone who’s followed the issues of the HBRC more persistently.

She’s a sly woman who studies the issues closely.

One learned to beware of her approach at council meetings … “I’m sorry, I don’t think I’m following this correctly, can you help me?” she’d ask at the tea break.

“Sure June, what’s your question?”

What then followed was always a deadly question — of the ’emperor has no clothes sort — that cut right to the quick on the issue, revealing she had already spotted the flaw or inconsistency in the matter at hand.

Anyway, June Graham is a model of civic responsibility, caring about things beyond herself, staying informed, and engaging for the betterment of the community with the greatest of spirit.

It was great to help celebrate her 89th. Thanks to Pauline and Jenny for organising.

3 responses to “In the Pantheon”