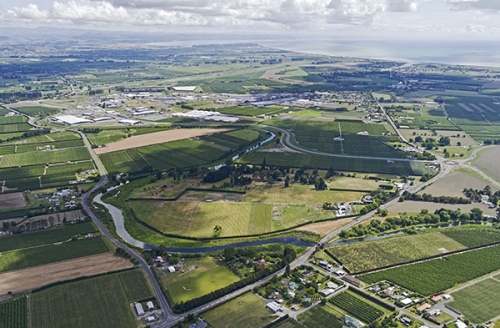 Of course, we must. We have plenty of belching cows, cars, diesel trucks and tractors. We harvest and burn heaps of wood. We switch on our heat pumps and appliances. We export and import stuff on ships. Etc, etc.

But we’ve never actually counted it all up, sorted it by source and prioritised what we might do about it as a region. That profile would be the essential foundation for any concerted climate change strategy for the region.

Creating that profile or inventory is the job of the Regional Council, but they’ve failed to get it done.

Contrast that foot dragging with what the Waikato Regional Council has done.

The detailed analysis allows that council and its public to share a clear holistic understanding of the region’s emissions profile, identifies trends, and permits reasoned policy responses to be formulated.

Why can’t Hawke’s Bay get one of these inventories done?

Instead of doing a hugely important piece of foundational work like this, the HBRC has just wasted consulting dollars and time on a fundamentally flawed economic ‘projection’ designed to panic Hawke’s Bay ratepayers into supporting water storage … because “if we do nothing” climate change will make our region a desert, according to HBRC chairman Rex Graham.

“Do nothing”? I’ve just suggested the essential first step.

I must admire chairman Rex’s recent ‘Chicken Little’ press release on the study as reported by HB Today. His ‘sky is falling’ warning about water shortages bringing economic Armageddon to the Heretaunga Plains sometime after 2050 is the mark of a skilled propagandist.

There’s no doubt that the future use of scarce water needs examination, and water harvesting and storage will likely be part of the solution. However the economic analysis used to scare the bejeebies out of HB’s uninformed is woefully deficient. Its core faulty assumption is that land and animal management practices — and even our land uses themselves — will remain the same … as unsustainable and detrimental as some of these plainly are.

The facts are that alternative farming practices are already at hand in Hawke’s Bay that reduce the need for both artificial water (ie, irrigation) and synthetic fertilisers, creating healthier soil and food in the process. HBRC needs to wake up to that option rather than simply grabbing the nearest shovel and ringing the water storage alarm bell.

There’s only one valid assumption that should drive any water storage projects in HB — that irrigation is a last, not first, resort, to be considered only in support of environmentally sustainable land uses.

On that basis, count me in.