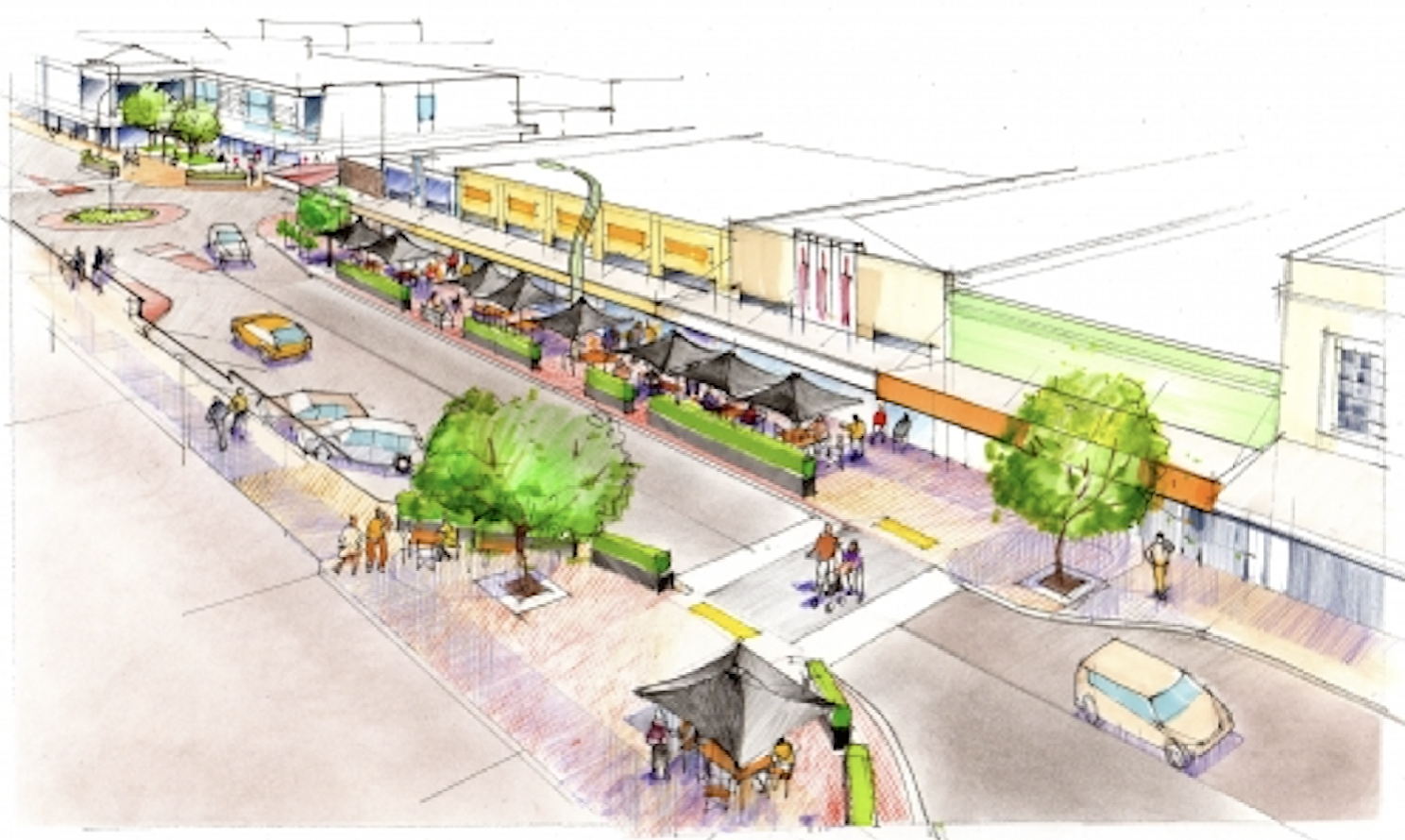 Hastings Eastside has emerged from the chrysalis of Lockdown, buzzing. Busier than it’s ever been, ‘the little Block that could’ is also in line to benefit from two shovel-ready, economy-injecting projects.

First, Hastings District Council is bringing cohesion to the streetscape, meaning visitors will soon enjoy alfresco dining at the six hospo businesses in the Block. Local artist Jacob Scott is on the team to make sure the Council works stay in keeping with the aesthetic, creative bent of the independent owner-operators that dominate the Eastside. The rebuild will see giant brollies, paving, street furniture and planting.

Second, $300,000 has been promised by the NZ Transport Agency as part of a pilot to kit-out mainstreets with the ability to temporarily transform them into pedestrianised spaces for festivals, markets and public events. Pop-up bollards and overhangs to carry lighting will mean Hastings Eastside has the capacity to recreate itself into a boulevard, almost instantly.

“The minute you have fairy lights, a jazz band, food trucks, open-air eating, you have an atmosphere that is super attractive to everyone,” says Gerard Barron, proprietor of Eastside bar Common Room, which has been a central part of the Eastside for seven years.

Mid-winter, and mid-week, on the Eastside recently saw 250 people participate in a ‘wine walk’, braving a chilly night to stroll between five hospo venues to taste local wines. “Vibrancy gets talked about a lot, but seeing it come alive, making it accessible to people, giving Hastings’ locals something to be proud of, to show off, that’s magic” says Gerard.

“Hastings is pretty laid-back and it suits this relaxed atmosphere of getting together with friends and family, mooching from one place to the next, eating alfresco,” Gerard says. “This is our identity, not something we’ve borrowed from somewhere else.”

Both public works projects will also support the role the Eastside plays as a gateway to the creative centre of Hastings, being walking distance from the City Art Gallery, the Community Gallery, the Library and Toitoi arts and events centre. Further works to the carpark on Warren Street, due for completion by 2021, will give the public another outdoor space to hold events and happenings.

Rather than the Eastside Eat Street project pulling against other plans the Council has, it’s a case of ‘as well as’ not ‘instead of”. With more and more people congregating socially in Hastings, more businesses moving in, more Hastings-bred returnees relocating here, the Eastside is booming: a slightly quirky, creative butterfly ready to take flight.