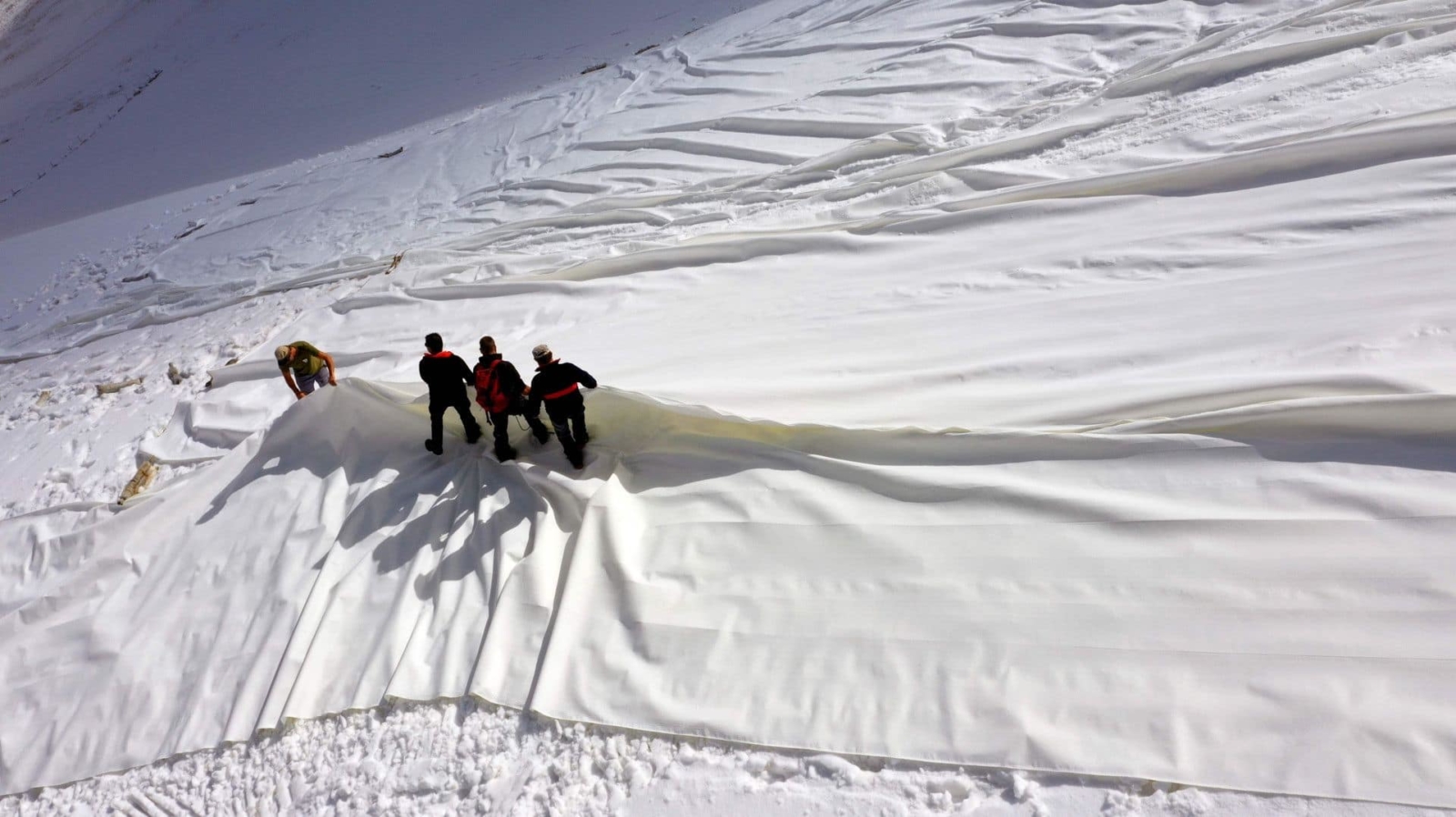 By now, you’re probably accustomed to the warnings about melting glaciers as a consequence of global warming.

The photo above depicts desperate efforts to save an Italian glacier by covering it with tarps!

But in case you tend to brush these off as far-away problems for the Himalayas or Alps, or just a matter of protecting some ski slopes, consider NZ’s situation.

As noted in a recent article on Sciblogs (after commenting on Auckland’s drought):

“The Southern Alps tell a different story arising from climate extremes, where recent changes have been rapid, widespread and exceptional … Since the first New Zealand glacier survey in the late 1970s, there’s been a long-term trend of glacial retreat through climate warming. Southern Alps glaciers are estimated to have lost more than 30% of their volume – about 16 billion cubic metres of ice, or the equivalent of about 200 litres a day for each New Zealander over 40 years.”

Note the caption on this photo of NZ’s Southern Alps … 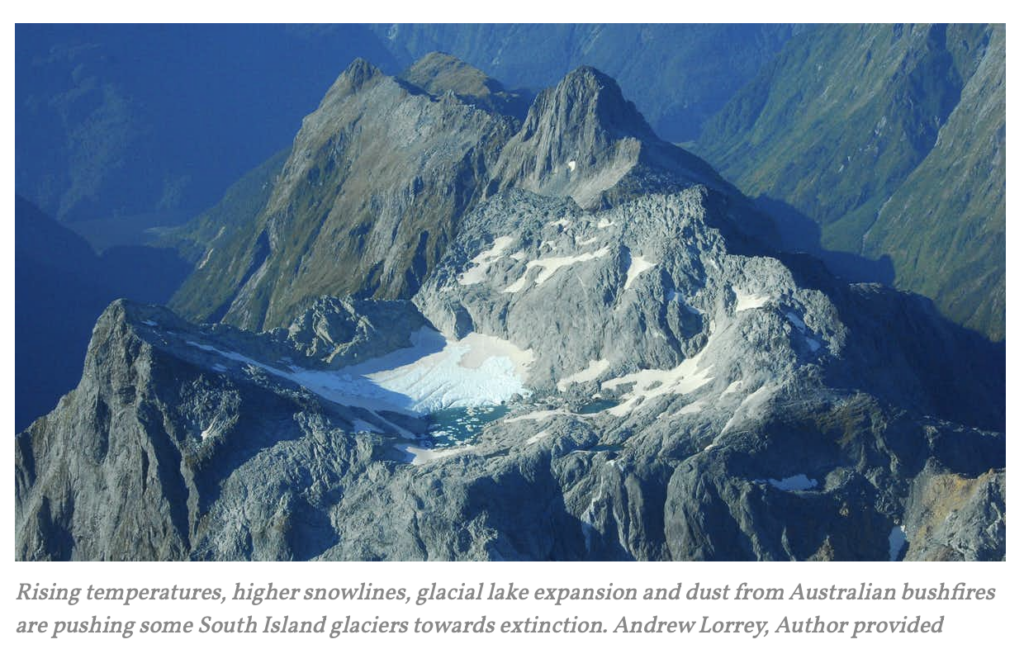 Does global warming have your attention yet? More to come in July/August BayBuzz mag.