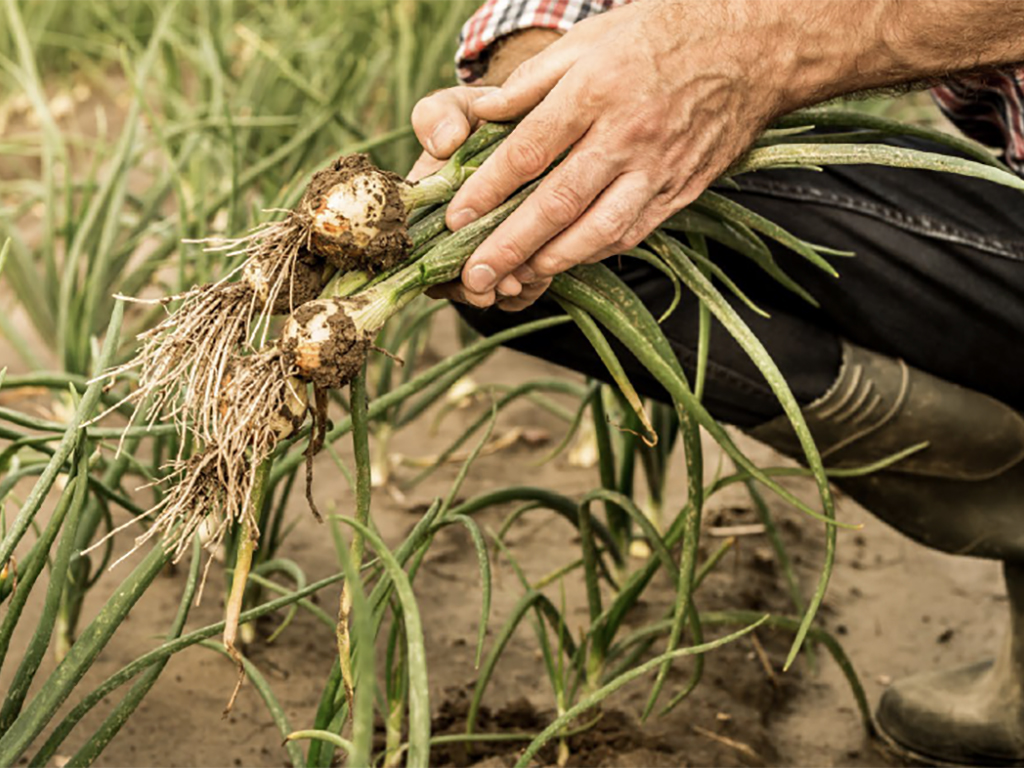 Consulting firm KPMG has published its annual report on the state of farming in New Zealand, Agribusiness Agenda 2020, based upon taking the pulse of about 90 primary sector leaders around the country. So it’s not a compilation of farm production stats, but rather a ‘read’ on the present state of mind of diverse sector voices.

The report has a heavy emphasis on change and disruption.

The editor, Ian Proudfoot, mentions a few “slow motion train wrecks” in other settings — Kodak, Nokia, Borders and Blockbuster — and asks how the leadership of these companies could have failed to see the threats ahead. They had time to do so.

His point is that disruption is not new; it’s much faster. He jumps to the much faster-moving present and observes:

The report looks at the primary sector from that perspective, asking industry Influencers what success for the industry would look like in 2040.

“…although concerns around the zero-carbon legislation have dissipated this year with the evolution of the government industry partnership, He Waka Eke Noa, the conversation has evolved to how land is used in the long term, particularly in relation to the role that regenerative agriculture will play in the sector’s future. While our voices are unanimous in that we must farm within the limits of our land and water into the future, there remains much to be done in translating this aspiration into practical and economically sustainable steps that will enable us to regenerate our environment in a way that creates a unique point of difference for New Zealand’s food and fibre sector.”

I don’t think many BayBuzz readers would disagree with that.

At the heart of the report is a register of priorities as seen by these sector Influencers. Here are the top 10, with some interesting demographic comparisons: 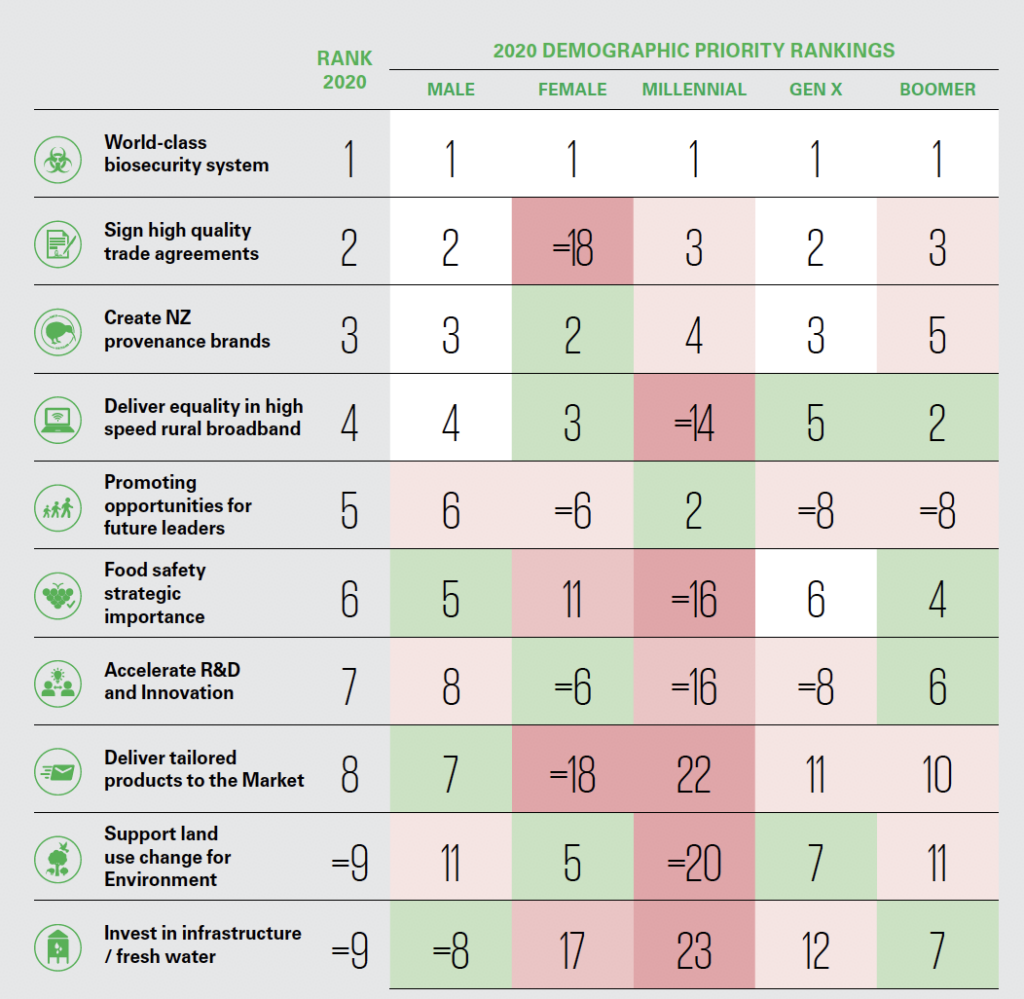 “The rankings indicate that our female contributors place greater priority on how we use our land and water for the benefit of all New Zealanders today and into the future. It is fair to say that during our discussions in preparing for the Agenda there was almost universal acknowledgement from all contributors – male, female, young and old – that we need to place greater priority on how we protect and utilise our land, water, soils and oceans but it was only in the rankings from our female contributors that these priorities came through loudly in the survey.”

Let’s hear it for the ladies!

And finally, the following table shows the relative ranking of a number of priorities that tease out some additional environmental and social concerns, like carbon neutrality and treatment of migrant workers: 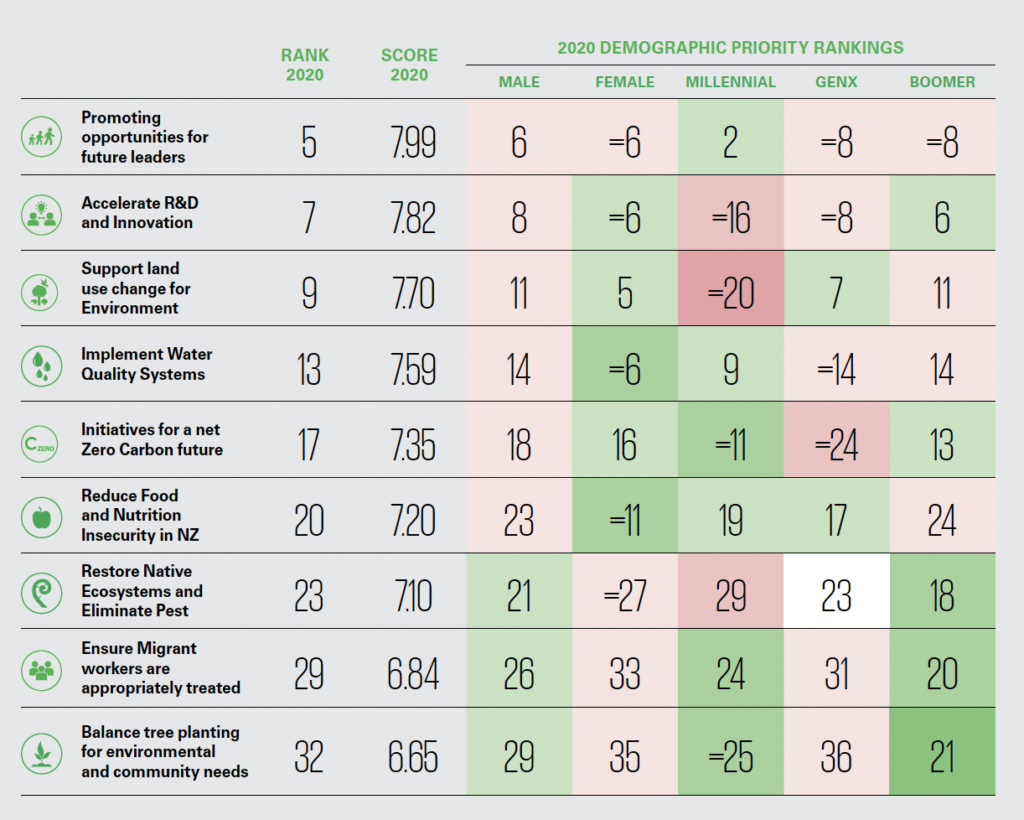 It’s hard to argue with the priorities of the sector leaders … one hopes the followers are far behind!