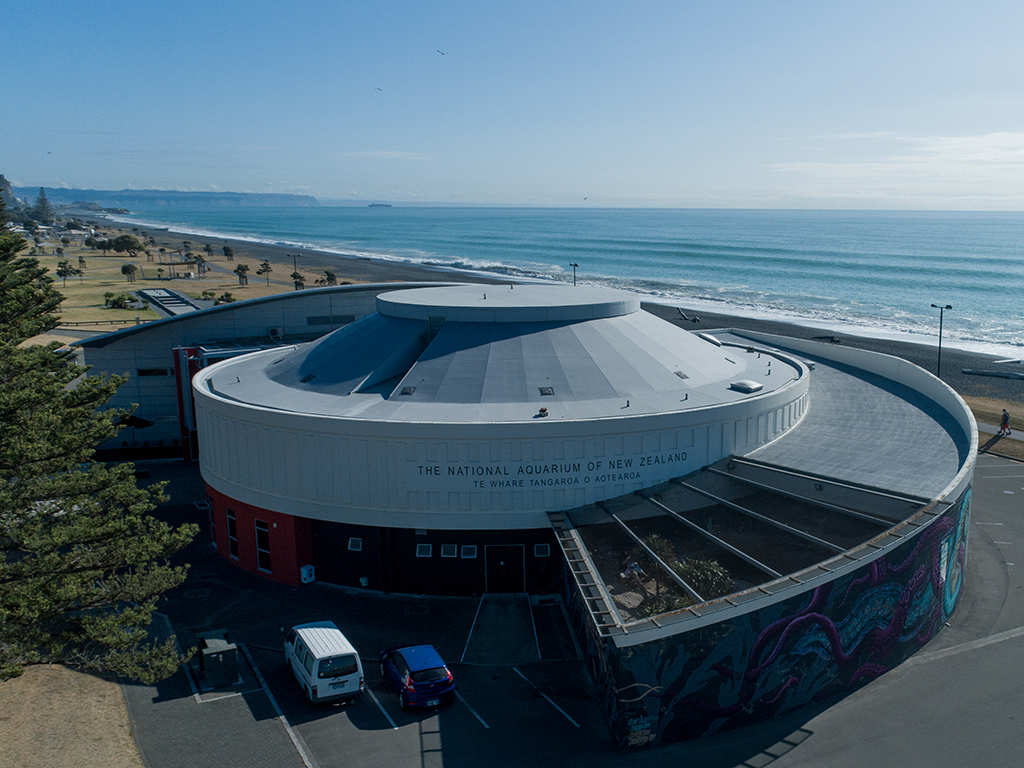 NCC zooming back to the future

Altering the past. It’s often the theme of science fiction movies involving time machines or rips in the time-space continuum.

But during the recent Covid 19 lockdown Napier City Council went some way to doing just that and it didn’t need a De Lorean, flux capacitor, or starship.

All it took was the internet!

With interpersonal contact banned under higher levels of lockdown, Napier City Council moved online to get work done with meetings conducted virtually via apps like Zoom.

Several issues raised at these meetings saw the undoing of perceived wrongs under the previous council’s administration.

The council’s first full online meeting, a little over a week after the nationwide Level 4 lockdown, saw debate over the demolition of NCC’s headquarters in favour of a new hotel, and the future of the city’s library.

The council had been criticised for what appeared to be predetermination on the civic building’s future and the objectivity of seismic reports backing up such decisions.

The council’s former headquarters still appear to be a goner in favour of the hotel concept – not exactly the best if timing while we are in the grips of a global pandemic and closed borders bar overseas tourism indefinitely.

But it is likely to take years for any hotel project to be finished. By that time border restrictions might have eased, increasing its potential for customers.

However, I still fail to see who would want to stay in a ‘Five Star Hotel’ with one side of the building’s rooms looking out over Cape Kidnappers, Te Mata Peak and … the forecourt of Napier Courthouse (or the backside of another rumoured ‘Five Star’ in the space between Marine Parade and Rebel Sports)! “Two out of three ain’t bad?”

At least the Civic Building discussions appeared to give some reassurance of the Napier Public Library’s future with a proposal that it be reinstated on its former site, after some seismic re-strengthening.

Preferred options will be included in the upcoming Annual Plan presented to ratepayers for feedback.

Speaking of public feedback, the Onekawa Pool vs. Prebensen Drive Pool debate had more twists and turns than a waterslide in recent months.

On April 30th the High Court released its decision in the Friends of Onekawa Pools vs NCC case, finding the council had “followed due process in coming to a decision”.

So full steam ahead at Prebensen Drive site, right?

True to her campaign platform of genuine community engagement and consultation, Mayor Wise and her new council formally blocked the Prebensen Drive pool project in early June, sending it back for public consultation once again, citing public reaction and the court case as justification for having another look at the issue.

Speaking of ‘back to the drawing board’, in May central government refused NCC’s funding request for $500,000 towards the council’s $77.5 million (previously $51 million) “Project Shapeshifter” business case, potentially scuttling the aquarium redevelopment project.

MBIE had previously okayed paying half the cost of the business case when it was expected to be $700,000 in 2018. But like the cost of the project itself, study figures have inflated faster than a startled puffer fish.

Given that NCC had hoped to secure an eye-watering, nebulous and now doubtful $15-$35 million from the Provincial Growth Fund for the project, and Mayor Wise’s previously stated position that she “does not want to commit any further ratepayer money into upgrading the facility beyond NCC’s originally planned $10 million contribution”, the aquarium’s future is murky. The aquarium does need upgrading, or potentially faces demolition according to council reports.

As far as natural environmental educational facilities go, it’s a fantastic local asset, so something needs to be done to keep it. But perhaps these multi-million-dollar plans are too pie-in-the-sky for current realities.

As with the civic hotel project, the timing of any aquarium redevelopment isn’t the best tourism-wise, but if a more focussed PGF funding request could still be secured from an education and conservation viewpoint and the local economic benefit of a construction project of this magnitude, it might still have a chance.

As you will read in the next edition of BayBuzz hitting the shelves shortly, this post-Covid ‘New Normal’ can be a ‘Better Normal’. Covid-19 could be a brilliant opportunity to Napier to reset!

One response to “NCC zooming back to the future”