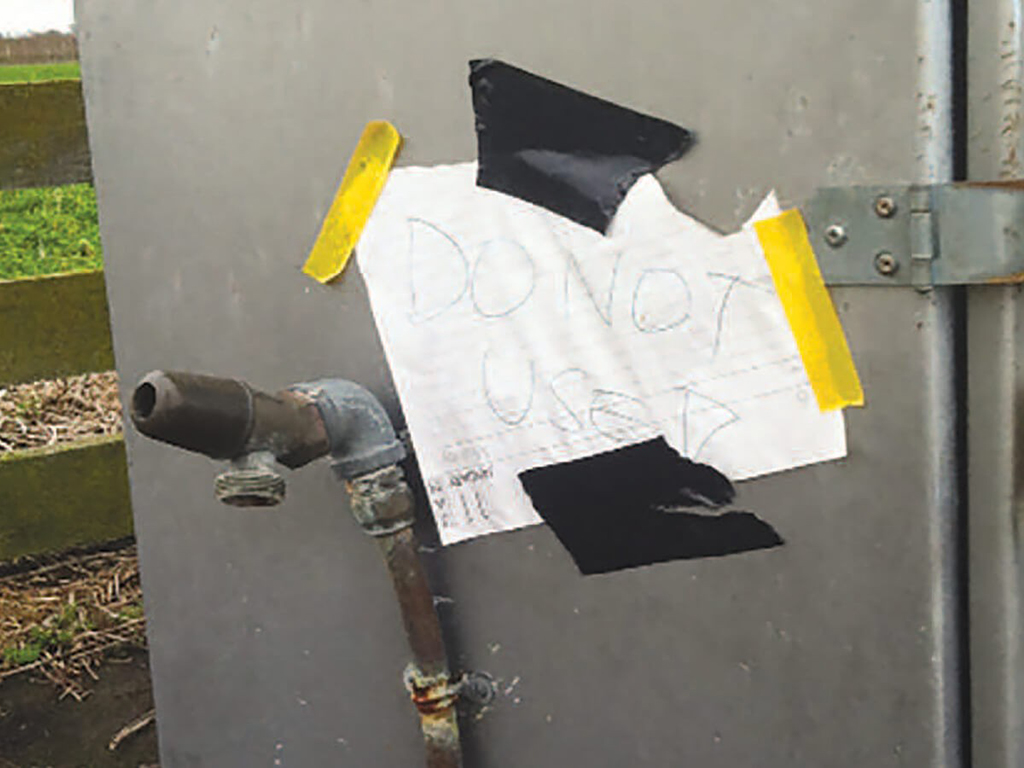 The Government has announced $761 million in funding support for so-called ‘Three Waters’ infrastructure improvements around the country.

This money would help pay for upgrades to drinking water, stormwater and wastewater systems, which of course this region badly requires … Havelock North’s campylobacter disaster serving as the wake-up call to the entire nation.

Our region’s councils had submitted a joint funding request for $314 million for such improvements, and PM Ardern said Hawke’s Bay was slated to receive “in the region of $50 million” (details yet to be revealed).

However, there’s a big BIG condition on receiving this funding, as the Government explained in its announcement:

“The financial investment from the Government is contingent on local councils opting in to the Government’s wider water reform programme. The cumulative effect of increasing capital costs, infrastructure maintenance and upgrades, enhanced standards and environmental challenges mean that the current operational and governance arrangements for water are not sustainable and consolidation is required.” [Italics added here and below]

Local Government Minister Nanaia Mahuta made the big ‘If…’ plain:

“There are massive looming costs across the Three Waters networks and the current service delivery arrangements, particularly for the smaller rural and provincial councils, are not well-placed to meet these.”

“Today’s announcement will lend the reform programme’s initial stages very real impetus and Councils will need to sign up to the wider reform agenda in order to access the Government’s funding.

“We want to see new arrangements made that provide scale in the form of public multi-regional water entities – and take account of catchment-related and communities-of-interest considerations.

Yes, the ‘chat’ about amalgamating (did I say that nasty word?) Three Waters services has begun, but there’s a challenging journey ahead in getting the region’s councils to agreement on what an appropriate governance structure would look like, how it would be accountable to elected councils (or some would say … should not be, in order to ‘de-politicise’ these expensive, controversial decisions), and what the full scope of its authority would be.

In their official joint ‘Thank You” statement (read in full here to catch the nuances), each of the region’s four mayors made the obligatory nod to (if I may paraphrase) ‘collaborating to working out what’s best for our communities’. Yep, there’s a heap of ‘collaborating’ yet to occur and the proof will be in the pudding. Hopefully the Government will set a ‘do it or lose it’ deadline for the necessary agreement to be reached.

While the announcement doesn’t directly affect the Regional Council’s role as regulator, HBRC Chair Rex Graham supports a regional service delivery approach. “Without a joint approach, smaller communities will always struggle to comply with the regulations.”

When it comes to Three Waters management, the bottomline for the region should be that every citizen and every ecosystem is protected equally to the highest standard, regardless of location.

Stay tuned on this one!