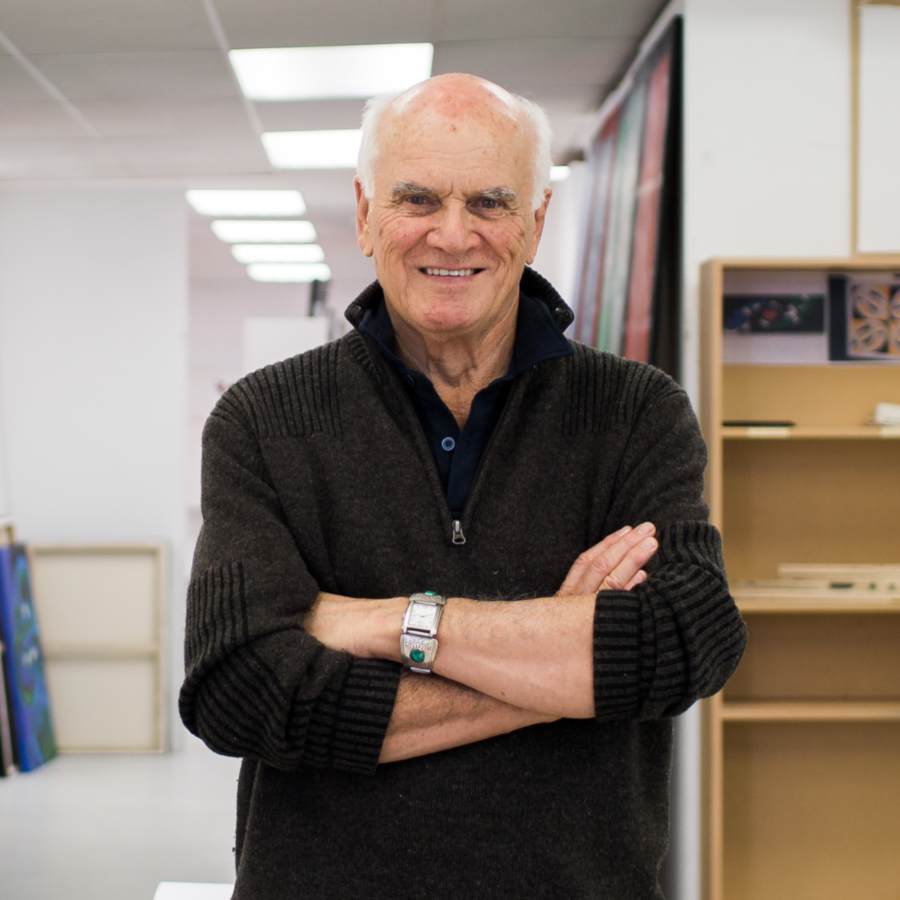 The Arts Foundation of New Zealand announced three new Icon Whakamana Hiranga recipients last week. Each are individuals who are working at the peak of their careers and have been demonstrably dynamic and influential in their field.   They are Sandy Adsett (Ngati Kahungunu), Sam Neill and Joy Cowley – three of only twenty living artists holding this honour at any time.

Dr Adsett is a familiar figure in the Hawke’s Bay arts world having spent most of his life on the East Coast. He is an arts educator, painter and sculptor who set up the Toimairangi School of Māori Visual Culture within Te Wananga o Aotearoa, in Hastings. He is a member of Te Atinga (Committee of Contemporary Māori Visual Arts) of Toi Māori Aotearoa and is on the Te Waka Toi board of Creative New Zealand.

The Arts Foundation Chair, Garth Gallaway, says, “The recipients have paved the way for those who dare to dedicate their lives to the arts. We acknowledge and celebrate their immense legacies and pioneering spirit. Though each of their paths has been unique, together they have shaped and enriched who we are as a nation. They are our storytellers.”

Of the recognition, Sam Neill DCNZM OBE acknowledges that in this country we like to think of ourselves as a country where sport defines us. But, he says, “I never felt like that. I thought I was lucky to live in a country deeply, profoundly enriched by its artists – poets, painters and sculptors, its musicians, dancers, novelists and playwrights, carvers and tattooists and weavers. Its comedians, historians, and of course its filmmakers and actors. They sang for us. All these many people, and more, helped me to understand where I lived, where I came from, why I loved my country. In my lifetime I have seen how critically important the arts have been in defining the way the world understands us.“

The Arts Foundation Icon Awards, Whakamana Hiranga, are bestowed to a living circle of New Zealand’s most significant artists for their extraordinary lifetime achievements and mark on the arts.

Established in 2003 the Icon Awards are limited to a living circle of 20 artists.  Each Icon receives a bronze medallion set with pounamu and ia pin designed by sculptor John Edgar.

Sir Eion and Jan, Lady Edgar are Patrons of the Icon Awards, following Sir Eion’s retirement as a Trustee of the Foundation in 2010 and their extraordinary $500,000 gift to the Foundation.