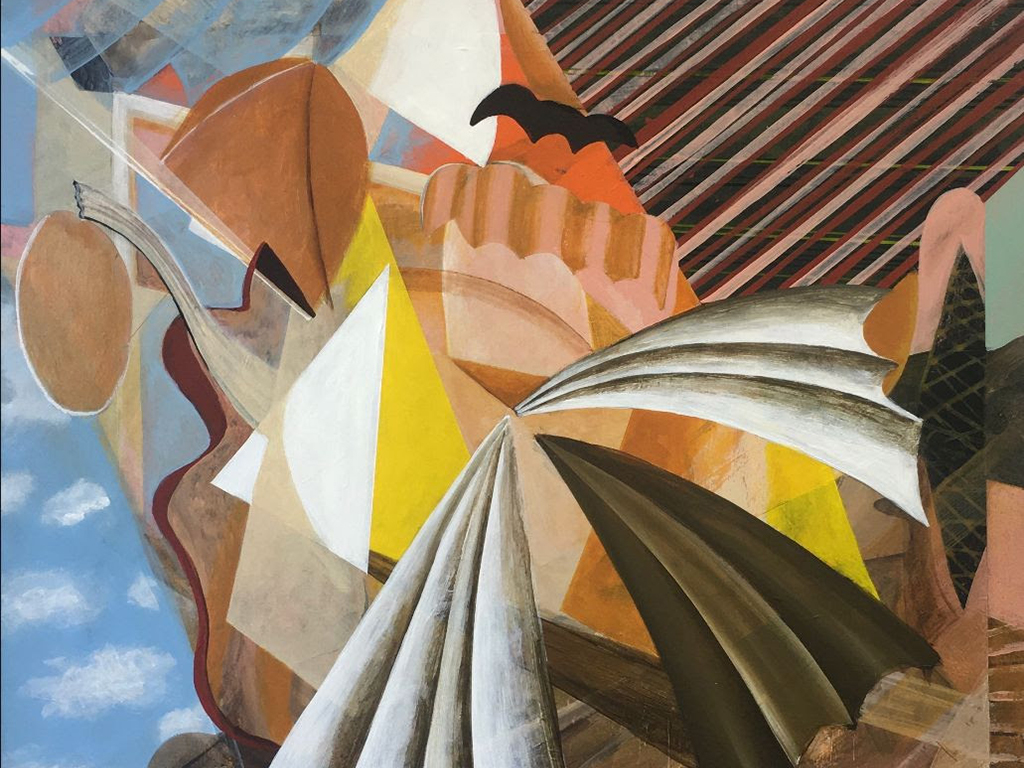 John Brown is a Hawke’s Bay artist and his new collection is showing at SPA_CE in Napier from August 7 – September 5.  The intrigue in his abstract paintings can be revealed when his artist statement is read alongside the paintings.

It is Brown’s second exhibition with SPA_CE and in this series of theatrical paintings he continues to amalgamate various painterly conventions. In his statement he says, “My influences hark back to Cubism, I have collaged objects and landforms, directed icons and cultures, as if they are characters on stage,” arrangements that suggest a search for clues to gaining a deeper understanding and questioning of where he comes from.

Through his paintings Brown continues an exploration of personal history and attempts to piece together his Pakeha/Greek heritage and family ancestry.  He also draws on spurious theories of Pakeha indigeneity as explored in several controversial books – To the Ends of the Earth, The Secret Land – People Before and Journeys into the Mystery – all claiming there were already inhabitants in Aotearoa before the Maori arrived some 600-800 years ago.

Perhaps providing more questions than answers, ‘The Seven Voyages’ seeks a dialogue between artist and culture across history to track and navigate a path to a sense of belonging.

The exhibition opens on Friday, August 7th from 5-7pm, John Brown will be present. SPA_CE is in Tennyson Street, Napier opposite the Municipal Theatre.