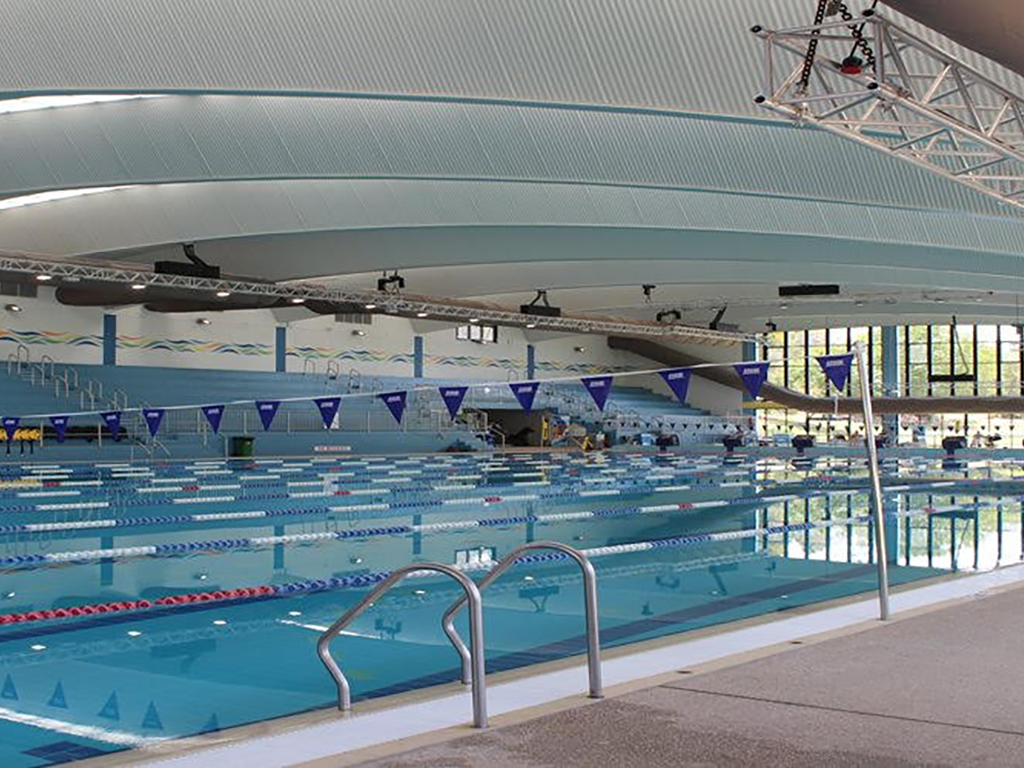 A new $32 million regional aquatic centre will “add to the amazing world class facilities” that already exist at Mitre 10 Park in Hastings and will see it unrivalled in this country and viewed jealously by our Australian rivals.

So asserted Sir Graeme Avery at last weekend’s announcement of $32 million in funding from the Government’s shovel-ready projects fund that will see the aquatic centre open in 2022.

As chair of the Hawke’s Bay Community Fitness Centre Trust, which owns and manages the EIT Institute of Health & Sport where the two-pool centre will be housed, Sir Graeme described it as “a game changer for the region”.

Working on the plans for the past three years, the Trust had done the feasibility studies, community needs assessment, financial modelling and developed concept plans so when the call was made by Government for shovel-ready projects, “we were well and truly ready to go,” he said.

“The Trust’s aim is the improve the health and wellbeing of Hawke’s Bay people and this new facility will help the region immensely. It’s going to provide something for all sectors of the community, and we think, will set Hawke’s Bay apart.”

The announcement was made by Minister for Small Business and Napier MP Stuart Nash at the Trust’s Open Day marking the first anniversary of the Institute.

Nash acknowledged the singlemindedness, passion, dedication and drive of Sir Graeme in making the Institute and now the aquatic centre happen. “Make no bones about it, the reason we are here today is because of Graeme Avery.”

The Hawke’s Bay Regional Aquatic Centre will be available for swim training, water polo (there is no deep-water pool in the region), school sports and competition events, along with water competency education and community health lap swimming and aquarobics classes.

Hawke’s Bay District Health Board is expected to use the facility to work with patients with mobility issues, and the morbidly obese.

It will add to the multi-sport indoor training facilities for netball, basketball, volleyball, badminton, futsal and pickleball at the EIT Institute of Sport & Health, as well as complementing the outdoor athletics, hockey, netball, canoe polo, rugby league and football facilities at Mitre 10 Park.

Multi-day major regional, national and possibly international sports events could be held at the Park and across the region, bringing in a significant number of athletes and supporters, with the visitor spend materially helping the post-Covid economic recovery of the hospitality and retail sectors in Hawke’s Bay, he says.

The Hawke’s Bay community has already contributed $19 million, reflecting the widespread support of the community for the project, Sir Graeme says.