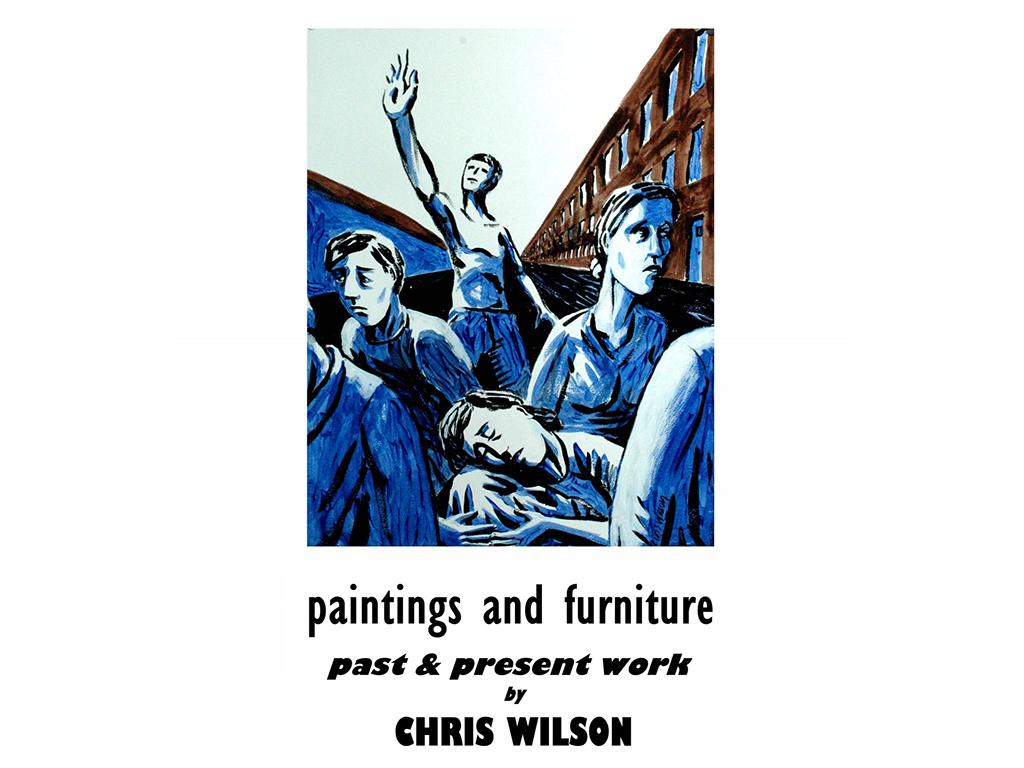 We don’t often get a heads-up from the artists in Wairoa, so it is great to hear that Chris Wilson, artist, designer and maker is putting on a show of some of his older and new works that he says, is “not quite a retrospective, I think I need to be either famous or dead for that”.

Wilson is a furniture maker, wood sculptor and visual artist who has been working full-time in his various media for over 40 years and as been a regular exhibitor in such shows as the Hawke’s Bay Review, Hawke’s Bay Invitational, and EAST.

He has always been very involved with the small art community in Wairoa and with his daughter painted the doors of the restored Gaiety Theatre, the mural in Wairoa’s Marine Parade and has some permanent installations at the Wairoa Museum.

In 2014, his newly established workshop in North Clyde, Wairoa, previously a Borough Council depot, was burnt to the ground.  It had taken a huge investment in time and money and had just been finished, helped by his daughter Freya during the Uni holidays and it was a sunny and spacious studio. While he says he has got over it now and has since established another workshop, at the time it was devasting to lose his all art furniture and paintings and the precious collection of wood making tools and equipment he had acquired over many years.

Well-known locally, his clients have tended to commission him to make unique items for their home collections some of which have been loaned for this exhibition. It is varied and interesting, and while there are some furniture and images for sale, most are not.

Wairoa doesn’t feature very much in the arts news and he says he’d be delighted if visitors were to pop in and check out the exhibition, suggesting that this may be the opportunity to get out and see what happens in the border regions of Hawke’s Bay.

Chris Wilson’s show is on at the Wairoa Museum until September 4 – Wairoa Museum hours in winter are Tues-Fri, 10.00am to 2.00pm.

Photos can be seen on https://www.facebook.com/chriswilsoncreative/photos/?ref=page_internal