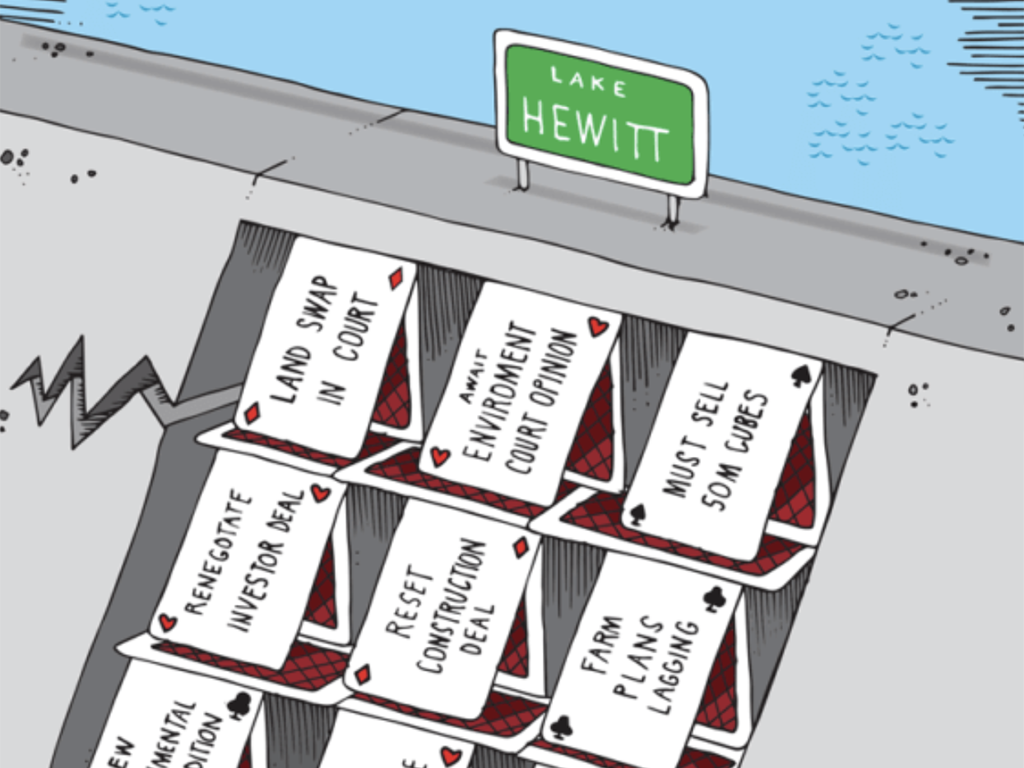 I had a chance to query him regarding current efforts to resuscitate the Ruataniwha Dam scheme.

If such a proposal came to Wellington, he said, “it would be dead on arrival”.

Rumour has it that a ‘baby dam’ — with capacity, say, of 20 million cubes of water, as compared to the original scheme for 90 million cubes — is being held out as an option.

That should be a non-starter on its face.

Firstly, because DOC land — protected by Supreme Court decision — would still be affected (albeit less of it).

And because fully 85% of the cost of building the 90 million cube dam would actually be required to build a smaller dam (the big cost is in prepping the groundwork and foundation). And with 80% less water to sell to recover the cost, requiring an even higher price of water to offset capacity loss, the project would be even more financially preposterous.

And of course a minuscule amount of water, if any, would be available for the already dubious ‘environmental flows’.

CHB ratepayers should be shocked and dismayed that their Council just paid $58,000 so Tim Gilbertson and cronies could keep this Zombie dam alive.

Propositions like this give ‘water security’ a bad name.

Of course, it’s always been a fantasy, as this spoof illustrates (written when all sorts of mystery investors were supposedly clamouring to pour money into the scheme).

2 responses to ““Dead on arrival””